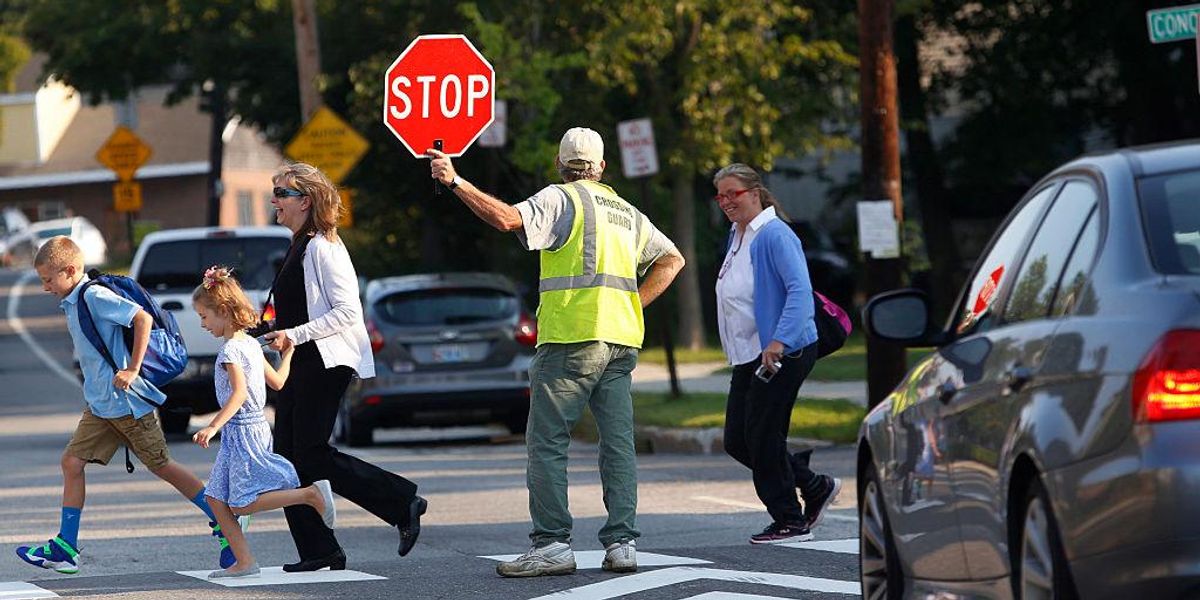 On Wednesday, Denver Public Schools recruited a celebrity drag queen to serve as a crossing guard for the day.

Dixie Krystals, a drag entertainer for over 20 years, was brought on by the school district to attend a “Walk and Roll to School” day, according to the district’s social media post.

Krystals previously appeared on the Discovery+ show “Generation Drag,” which followed the lives of five teenagers as they prepared for a drag show performance.

Krystals was just one of the celebrities the school district enlisted to assist with crossing guard duties for the day in honor of Pedestrian Safety Month. Superintendent Dr. Alex Marrero and Democratic Colorado Senator John Hickenlooper also attended the event.

u201cItu2019s #NationalWalkToSchoolDay! And thank goodness weu2019ve got icons like Dixie Krystals keeping our kids safe as they walk and bike to school. Denver needs more crossing guards so more kids can do just this! Donu2019t worry – Dixieu2019s energy level is not a requirement u2728 #9NEWSu201d

Amy Kenreich, a Safe Routes to School Advocate, explained in a video posted by Denver Public Schools that the Walk and Roll event is a crossguard holiday that promotes “active transportation.”

She stated that the district encouraged students to ditch their personal vehicles and find an alternative way to get to school, such as taking the bus, walking, or riding a bike.

Kenreich said that at least 18 schools within the district were celebrating the event and noted that some schools even have celebrity crossing guards.

Students that found an alternative way to get to school were rewarded with an opportunity to win prizes.

A local KUSA reporter posted a video of Krystals blowing a whistle, waving students through the crosswalk, and handing the students raffle tickets.

u201cMeet some more of the Denver #CelebrityCrossingGuards that kept our students safe at our schools this morning for National Walk & Roll to School Day!ud83dudc63ud83dudeb2Thank you! #PedestrianSafetyMonth nnud83duded1 Become a crossing guard for DPS by checking out https://t.co/YLKDRQp31du201d

“Drag queens are known for their lewd and sexualized performances, and they have no place in or around schools,” Parents Defending Education investigative fellow Alex Nester told the Daily Caller News Foundation. “Yet, for whatever reason, schools have been insistent on giving children access to these performers. It’s immoral, distracting and confusing for children.”

Neither Denver Public Schools nor Krystals immediately responded to a request for comment, the Daily Caller News Foundation reported.

‘A message to silence’: Area 51 blogger has homes raided by FBI and air force agents
Elon Musk Agrees Twitter Censorship Targeted Conservatives, Not Leftists
Don’t Be Fooled, We Can’t Trust Mark Kelly
Poll Shows Nearly Half of U.S. Adults Say America Should Be a “Christian Nation”
Disney board reached out to Iger on Friday following concerns over earnings