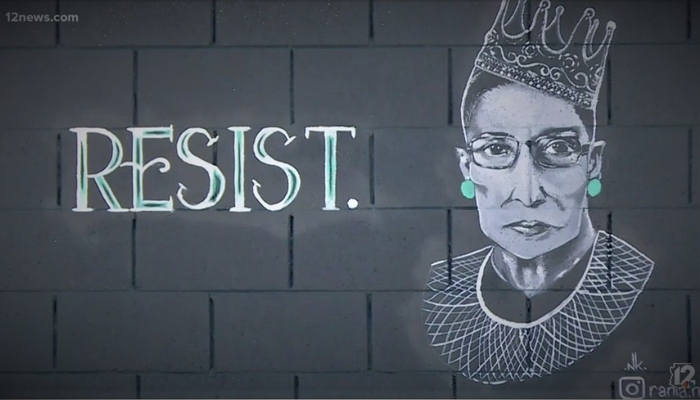 New York Times Supreme Court reporter Adam Liptak made Monday’s front page under the online headline “As New Term Starts, Supreme Court Poised to Resume Rightward Push.” It’s a constant theme for Liptak, closely connected to his parallel obsession, the court’s loss of public legitimacy, which somehow occurred after the left stopped having everything its own way with the addition of three Donald Trump-appointed justices to the court.

The last Supreme Court term ended with a series of judicial bombshells in June that eliminated the right to abortion, established a right to carry guns outside the home and limited efforts to address climate change. As the justices return to the bench on Monday, there are few signs that the court’s race to the right is slowing.

The new term will feature major disputes on affirmative action, voting, religion, free speech and gay rights. And the court’s six-justice conservative supermajority seems poised to dominate the new term as it did the earlier one.

Even a photo caption of a pro-choice protest underlined the point: “The Supreme Court moved relentlessly to the right in its first full term with a six-justice conservative majority….”

With an affirmative action case on the docket this session, Liptak quoted his first of three current and past liberal justices to make his ideological point: The court has repeatedly upheld affirmative-action programs meant to ensure educational diversity at colleges and universities, most recently in 2016. In an interview that year, Justice Ruth Bader Ginsburg said the issue had been permanently settled.

“I don’t expect that we’re going to see another affirmative action case,” she said, “at least in education.”

In that same interview, though, she said she feared what would happen were Donald J. Trump, then on the campaign trail, to become president.

….the court’s ruling may provide hints about the justices’ commitment to protecting gay rights and, more generally, how fast it means to move to the right.

The court’s recent run of conservative decisions led its approval ratings to plummet. In a Gallup poll released on Thursday, 58 percent of Americans said they disapproved of the job the Supreme Court was doing, the highest rate since 2000, when Gallup first posed the question.

Could previous dubious accusations of sexual harassment and assault against two sitting justices have something to do with the decline? Or could the decline be tied to the American left suddenly not getting everything they want by Supreme magic? Liptak doesn’t say.

The responses were split along partisan lines, with Republicans generally approving of the work of both the Supreme Court and the federal judiciary. Still, the overall findings demonstrate that the court has moved to the right of the median voter, notably on issues like abortion, shortly after changes in the court’s membership.

Liptak quoted two of the court’s three current liberals who conveniently agreed with the paper’s take on court legitimacy, now that their side is consistently losing cases.

Justice Elena Kagan, part of the court’s three-member liberal wing, spoke frequently over the summer, if in general terms, about ways courts can undermine their own authority.…Justice Sonia Sotomayor, another liberal, has echoed the point.

The paper cleared the way for Liptak with a long Sunday editorial, “The Supreme Court Has a Crisis of Trust.”

Biden declares there are ‘more important things going on’ when confronted about ignoring border in crisis
Kanye West suspended from Twitter after sharing image of swastika and praising Hitler
Ford CEO says 65% of U.S. dealers agree to sell EVs under company’s investment programs
MacIntyre: The Twitter Files reveal the left will win at any cost
MSNBC Guest: Tucker Having Gays Against Groomers as Guest Is Dangerous