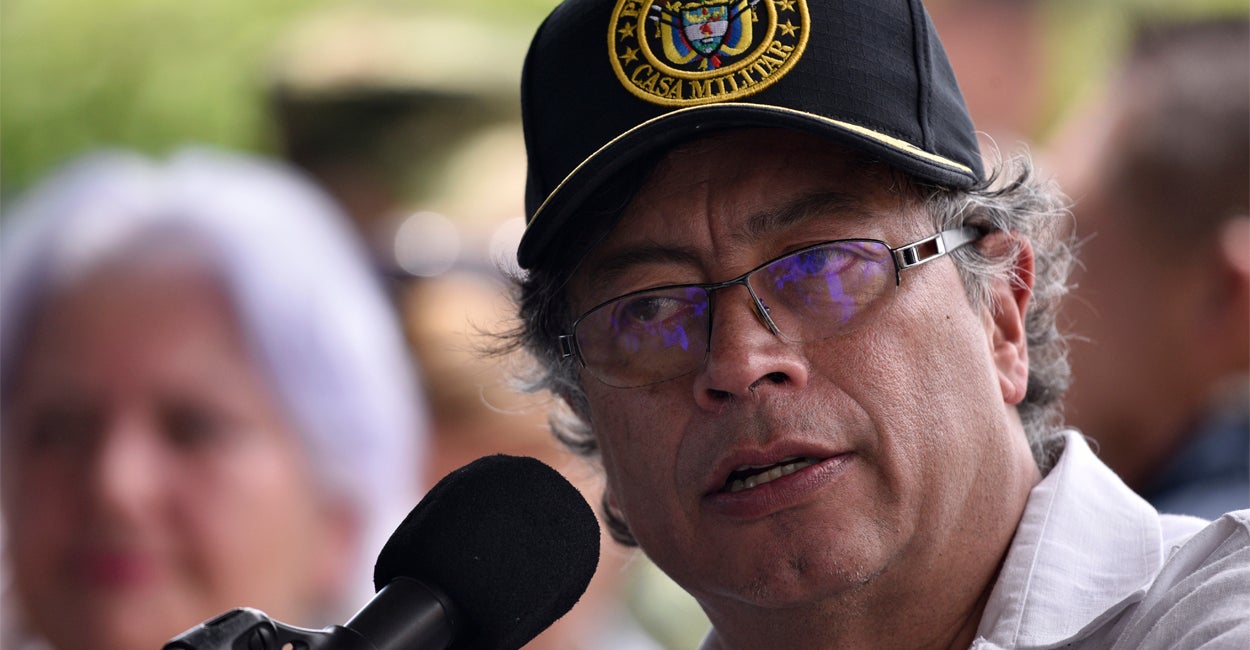 Late last month, Petro opened his 1,400-mile border with the narcoterrorist regime in Venezuela, a border that was closed in 2019 when Colombia joined the United States and nearly 60 other countries in breaking diplomatic ties with Venezuelan dictator Nicolas Maduro following fraudulent 2018 elections.

U.S. policymakers should be alarmed for at least four reasons.

First, look to Venezuela. At the Sept. 26 border reopening, it wasn’t Maduro himself who greeted Petro but his transportation minister, Ramon Velasquez Araguayan. Velasquez previously was president of Conviasa, the U.S.-sanctioned Venezuelan state airline with long-standing ties to Tehran.

Conviasa owns the Iranian cargo plane with links to Iran’s Islamic Revolutionary Guard Corps that was seized in Argentina this past June. Last week, U.S. officials blocked Conviasa from resuming regular flights to Bogota, Colombia’s capital, albeit failing to the same in other countries. But the Maduro regime simply sent another state-linked airline in its place.

At the Colombia-Venezuela border, Petro also was greeted by Freddy Bernal, the governor of neighboring Tachira state, another Venezuelan subject to U.S. sanctions for facilitating arm sales to the terrorist Revolutionary Armed Forces of Colombia, known as FARC. Bernal has admitted that his border state-owned oil refineries host Chinese and Iranian “advisers.”

Upon assuming office Aug. 7, Petro sent a high-profile confidante as ambassador to Caracas, the capital of Venezuela. His defense minister has resumed cooperation with the Venezuelan military, which recently hosted war games sponsored by Russia and China.

Petro also ceded control of the Colombia-based Venezuelan fertilizer giant Monomeros back to Maduro. With the border opened, Colombia is now open for business with Venezuela and its international criminal supply chains tied to China, Russia, and Iran.

Second, Petro’s environmentalism raises similar concerns. In an address to the United Nations General Assembly, Petro egregiously called on the U.S. and others to support a “debt-for-nature” swap exchanging Colombia’s nearly $200 billion in foreign debt for “climate action.” He also declared that oil and carbon were more dangerous than cocaine.

But the rhetoric has policy implications. Like the Biden administration’s energy hypocrisy, Petro plans to halt domestic oil and natural gas exploration, unconventional drilling, and surface mining, sectors that earn Colombia substantial revenue. Meanwhile, his environmental minister has opened the door to buying gas from Maduro’s Venezuela. The Biden administration probably will agree.

All of this likely will expand Maduro’s oil exports and spike drilling and mining operations in the hands of illicit transnational actors, which already exceeds 158,000 acres.

Third, Petro promised to double down on the Latin American Left’s perennial dream of regional integration (by way of Caracas and Havana). This isn’t an ode to free trade but to suprastate bureaucracy designed to “balance” the political scale against the U.S.

Fourth, at the center of Petro’s foreign policy are his efforts to offer a “peace deal” to Colombia’s two leading partners of Mexican drug cartels. They are the Marxist guerrilla National Liberation Army, or ELN, and Gulf Clan, one of the largest distributors of cocaine in the world and a key operator of organized, illegal migration into the United States.

These efforts are an offshoot of a previously flawed deal with FARC terrorists, which resulted in de facto amnesty and establishment of 10 permanent seats in Colombia’s Congress. It also resulted in record harvesting for cocaine. Should the ELN and Gulf Clan be offered a similar deal, Colombia’s legislature could become permanently captured by the criminal Left.

Since 2000, the United States has provided Colombia with over $12 billion in bilateral assistance. So far, the Biden administration has chosen to focus on finding “common ground” with Petro’s peace and climate agenda.

The question for America’s next Congress is whether continued assistance to Colombia would combat the illicit drug trade and transnational illicit actors or potentially enable them.