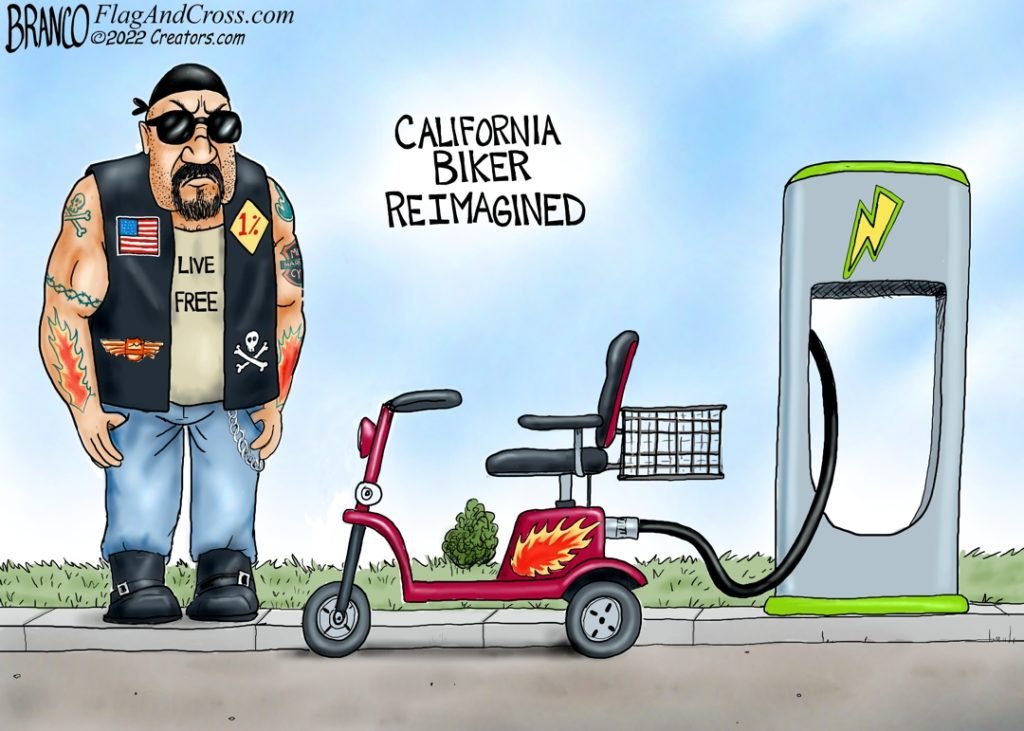 The old saying had it that the “American Dream” was home ownership and the financial and personal security it provided. This dream has been threatened in the past with the subprime disaster some years ago, and now the Bank Of America is renewing that threat with its recent decision to give loans to minorities who would otherwise not qualify.

The governor of California has prohibited gas-powered vehicles in his state by 2035, which completely negates the entire value of automobiles since they will be outlawed in a few years with no one to buy them. It also instills fear in California citizens that they may not be able to afford personal transportation after their present car is outlawed because they are unable to afford an electric vehicle, and even if they can afford an EV they may not be able to charge it because Gavin Newsom’s solar and wind power is too weak to provide sufficient power to the homes of the citizens of California to keep the lights on and charge an EV at the same time

And what will Newsom’s dictatorial ruling do to all of the auto dealerships, gas stations and automobile repair shops in California? This idiotic decision of the radical-left governor will destroy what’s left of California’s green-weak economy, and although one wonders if the ruling from the leftist nirvana of Sacramento is even legal, it’s certainly immoral and improper. And to top this idiocy off, many Democrat-run states in America are taking the same radical position as California and are also outlawing internal combustion engines, which threatens the freedom and liberty Americans have, until now, taken for granted.

Life under the Biden administration has been a sharp leap to the political left in which liberty and freedom are curtailed, justice is lenient to those who favor unconstitutional and often blatant illegal practices, and fast and harsh on those who oppose Biden’s disastrous rule.