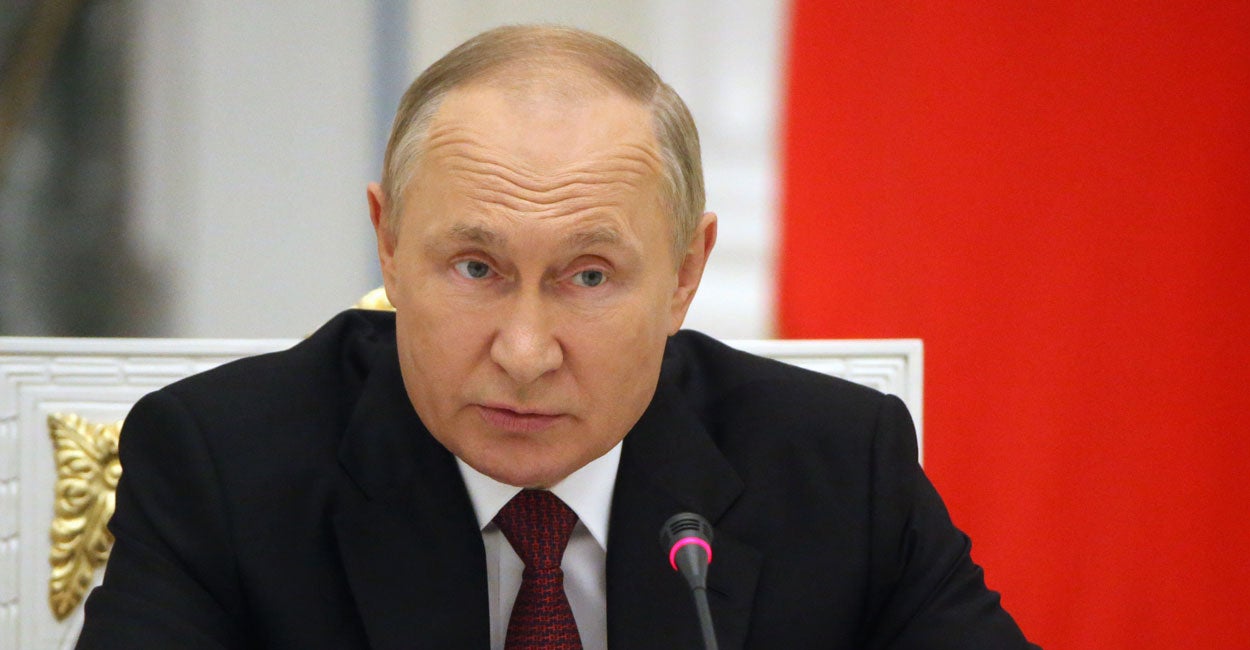 On Monday, authorities in Europe noticed a sudden drop in pressure in the Nord Stream and Nord Stream 2 natural gas pipelines, which connect Russia with Germany. Since that time, a total of three leaks (two in Nord Stream and one in Nord Stream 2) across both pipelines have been found. Seismologists in Denmark registered explosions in the area measuring around 2.1 and 2.3 on the Richter scale.

The leaks are in an area of the Baltic Sea just east of Bornholm Island, a strategic Danish outpost. The leaks are almost certainly an act of Russian sabotage. Several European nations, including Germany, have come to this same conclusion. In fact, the CIA reportedly warned the Germans of this very possibility over the summer.

The release of gas from the pipelines (which had been filled to maintain pressure but were not currently in active use) has led to ships being advised to stay 5 nautical miles from the leaks and aircraft at least 3,280 feet above. The pictures emerging of gas surfacing in a giant frothy circle in the Baltic Sea are certainly concerning for nations nearby—and that, of course, is partly the point.

Aside from the obvious environmental impacts of methane being released at this scale to the atmosphere, (one more example of how Russia couldn’t care less about carbon emissions), the area of the seabed around Bornholm is particularly environmentally sensitive.

The sea east of Bornholm was a major dumping for chemical weapons and munitions post-World War II. Combatants in the war are thought to have dumped between 40,000 to 100,000 tons of munitions and chemical agents into the Baltic Sea. The Soviet Union is thought to have dumped around 40,000 tons of chemical agents, including mustard gas, at a dump site near Bornholm following the war.

This emerged as a significant issue during the building of the pipelines. The consortium building the project needed to secure special permits for ships with anchors to take part in sensitive locations. While some dumping sites are known, poor record-keeping, storms, navigational errors, accidents, and simply soldiers jettisoning their cargo willy-nilly means the extent and location of dangerous agents on the Baltic Sea floor will never be fully known.

This latest salvo should be read clearly as another striking example of how Russia continues to utilize every tool at its disposal to damage and pressure the West.

Russian President Vladimir Putin sees his war in Ukraine and his larger attacks against the West as a long-term conflict that won’t be resolved anytime soon, which is why he’s willing to literally cut ties with Europe via sabotage to the very Nord Stream pipelines he invested so much money (including influence buying) and political and diplomatic capital to secure not long ago.

The Russian-controlled operator of the pipeline threw cold water on a quick fix, stating, “It’s impossible now to estimate the timeframe for restoring operations of the gas shipment infrastructure. The destruction that happened within one day at three lines of the Nord Stream pipeline system is unprecedented.”

It wasn’t long ago that the U.S. and its allies in Eastern Europe were seeking to stop Germany from allowing Nord Stream 2 to be completed—to no avail. Now, with Europe’s response to increasingly sever energy ties with Russia after Putin’s second invasion of Ukraine, making the pipelines defunct, Putin has found a creative use for them.

The sabotage is also meant to showcase Russia’s ability to sabotage underwater infrastructure. The timing is no accident; alongside the recently announced Russian mobilization, the leaders of Denmark, Norway, and Poland just joined together at a ceremony to open a new pipeline bringing Norwegian gas to Poland via the Baltic Sea.

The Nord Stream dress rehearsal could presage future attacks against pipelines feeding Europe with energy. If Europe wants to import gas from Algeria, or Azerbaijan, or Norway to replace Russian molecules, then Putin may take efforts to staunch the supply via attacks on pipelines. Taking no chances, today, Norway announced it was raising security at oil and gas facilities.

Already the attack has caused a spike in gas prices in Europe up to 12% on Tuesday. For a continent whose families and industry are already reeling from sky-high energy prices (at only the beginning of fall), further increases are yet another cruel blow.

Furthermore, in addition to attacks on energy infrastructure, Putin may be signaling to the West that other critical undersea infrastructure, namely fiber optic cables, could be next.

Russia is known to have surveyed key fiber optic cables spanning the world’s oceans. In January, a fiber optic cable connecting the Norwegian mainland with its Svalbard archipelago in the Arctic was severed in an incident that has been deemed likely caused by “human impact.”

A final facet of the Nord Stream pipeline sabotage is Russia’s twisting of its actions to serve diplomatic ends. You can view recent Russian statements over the leaks—“an unprecedented situation requiring urgent investigation” and “we are extremely concerned about this news”—as foreshadowing. Soon there may be an attempt to shift blame on to the West (Russia will obviously deny involvement) with talking points about an affront to the rule of law—and demands for financial restitution.

Despite some fits and starts, the effort of Europe to move away from Russian energy, and its overall success in filling its gas storage in advance of the oncoming winter has surely rattled the Kremlin. This week’s sabotage of the Nord Stream pipelines has many meanings, all with the intention of rattling Europe. The West must not blink, but should be aware that Putin’s gambit may be a harbinger of similar things to come.

GOP’s Hunter Biden Probe Is Legit
The Kruiser Kabana Episode 203: Elon Musk and the Complete Psychotic Break on the American Left
‘Momentous and historic’: New Alzheimer’s drug slows memory decline
Second Key GOP Senator Announces Support for Religious Freedom Amendment to Respect for Marriage Act
Delta is making it harder to get into its airport lounges after they were flooded by travelers