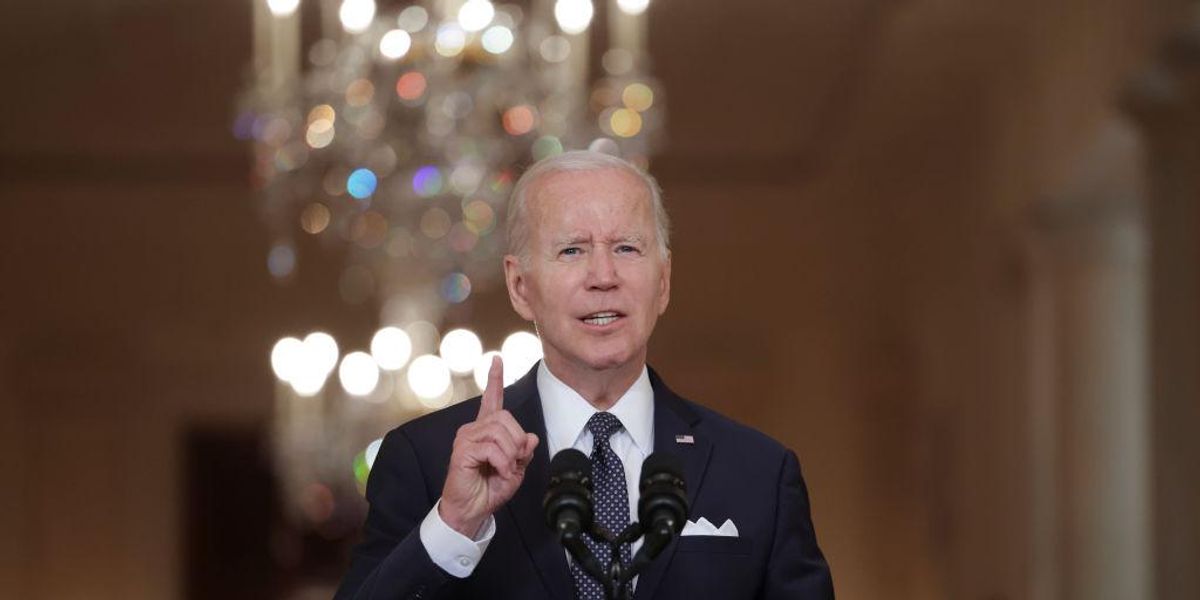 President Joe Biden announced on August 24 that by executive action, he would wipe out a significant amount of the debt consensually entered into by tens of millions of Americans. The White House offered a cost estimate of $24 billion a year over ten years. A recent report from the Congressional Budget Office indicates that the Biden administration’s $240 billion figure is nowhere close to the likely cost of the plan.

u201cIn keeping with my campaign promise, my Administration is announcing a plan to give working and middle class families breathing room as they prepare to resume federal student loan payments in January 2023.nnI’ll have more details this afternoon.u201d

A September 26 report released by the nonpartisan Congressional Budget Office indicated that:

That last figure reflects a significantly different picture from the one painted by the White House last month.

Bharat Ramamurti, deputy director of the White House National Economic Council, previously suggested that only 75% of those eligible for debt relief would take advantage. The 15-point delta will be expressed in tens of billions.

The CBO noted that Biden’s action will cost $400 billion — not the White House’s predicted $240 billion.

That does not include the cost of Biden’s pause on student loan repayments, “interest accrual, and involuntary collections from September 2022 to December 2022.” These will increase the cost of outstanding student loans by $20 billion.

This student loan forgiveness action is reportedly the costliest of Biden’s executive orders to date, which have cumulatively cost taxpayers over $1 trillion.

On Monday, Maya MacGuineas, the president of the Committee for a Responsible Federal Budget, called the cost “outrageous,” suggesting it could exceed “$510 to $610 billion with their [income-driven repayment] changes. The Biden Administration’s failure to release their own cost estimate should have been a red flag.”

The Biden administration’s proposed income-driven repayment plan is estimated to cost between $90 billion and $190 billion.

MacGuineas stressed the plan’s problematic nature: it “would wipe out the ten-year savings from the Inflation Reduction Act twice over, worsen inflationary pressures, and deliver benefits to millions of Americans with advanced degrees in upper-income households. … It’s unacceptable that the President would implement it without offsets and without Congressional approval.”

In a September 12 Newsweek op-ed, former U.S. Secretary of Education Betsy Devos wrote: “However you add it all up, it’s an unprecedented amount of spending, all brought about by executive fiat. … This brazen and unconstitutional ‘forgiveness’ decree will be challenged and will lose in court.”

Devos claimed, “The move was meant to buy votes, not reform lending or solve a problem.”

Recent estimates indicate that, owing to inflation, the average American household now has to spend $11,500 just to maintain the same living standard as in past years.

Rep. Scott Fitzgerald (R-Wis.) suggested that forcing “87% of Americans who don’t have student loan debt to pay for $500 billion in debt (CFRB) held by mostly high-earners is a slap in the face.”

u201cForcing 87% of Americans who don’t have student loan debt to pay for $500 billion in debt (CFRB) held by mostly high-earners is a slap in the face.u201d

Sen. Richard Burr (R-N.C.) concurred, stating, “Every American should be outraged by the president’s cynical ploy and by the real cost it places on those who stand to benefit the least.”