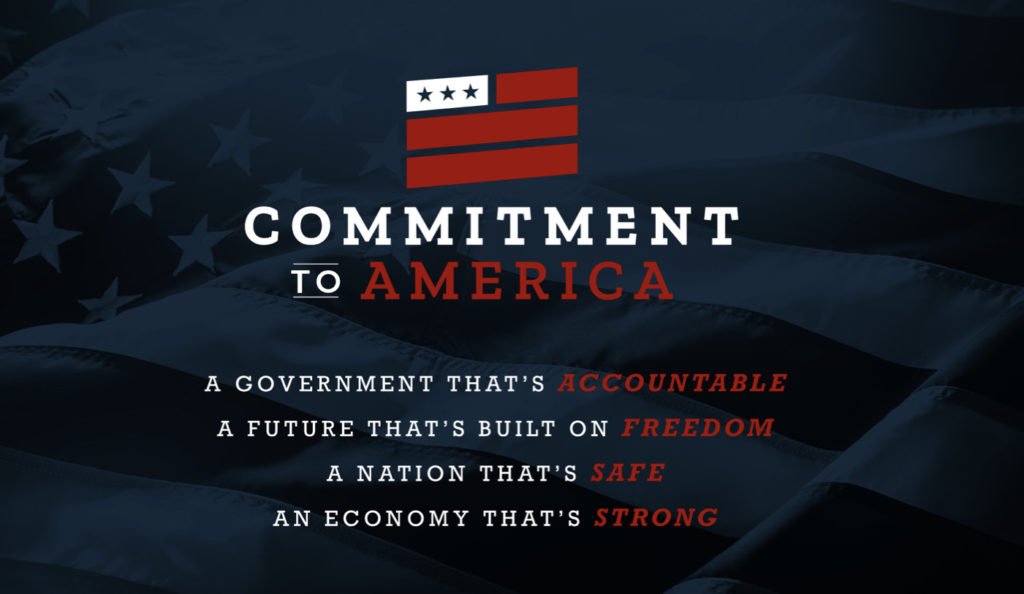 It was nearly thirty years ago when the Republican Party drafted the Contract with America. That plan led to a substantial Republican gain in the House of Representatives during the Clinton Presidency. Essentially, the Contract with America was a nod to federalism, returning more power to the states and weakening federal authority. Federalism is the government practice of sharing power between the federal and state governments.

Joe Biden has been scoring points at all of his appearances, keying on his two primary topics. Abortion and MAGA Republicans are all he seems to have in his arsenal, and it is getting boring. When pressed, he insists that when he refers to MAGA, he is talking about the radical fringe. But when he is speaking, he refers to all Republicans as MAGA. A slip of the tongue? Not when it happens this frequently. He knows what he says is covered by all the media outlets and the retraction by none.

As for abortion, or reproductive rights as the Left erroneously calls it, the story is flat-out incorrect. Biden contends that a vote for a Republican is one for an all-out abortion ban. That is just not true. The Supreme Court sent abortion back to the states, where it always should have been. That is just fine for Republicans, and the issue is no longer to be debated in D.C.

What the Republicans have offered this week is a clear alternative to the Democrat platform we have been victim to for nearly two years. On the surface, it seems vague, but there are over one hundred and fifty specific initiatives that will support the overall plan.

The key elements are:

These are fundamental needs and wants for most Americans but we have drifted away from these core principles and have become more concerned with a WOKE society, climate change, and dumping money into the economy. Democrats were quick to call this new program radical and out of touch with mainstream America. They are quick to point out that there is no consideration for abortion in the new plan. That is because abortion is now a state issue and not the concern of Washington.

There is nothing radical in this plan. Transgender rights and CRT are radical, but it appears that the Democrats have redefined radical as they have with a secure border, inflation, and recession. The cards are now on the table. And it will be interesting to watch the Democrats to see if they pull away from the fear they are trying desperately to inject. They are in a bad situation with the poor Biden performance and have little to rave about. Abortion and fear should not win many races, and if it does, it proves we do not have an educated electorate. That would be unfortunate but not necessarily surprising.

‘Unwoke With Kevin and Kruiser #54: Disney’s Minor Woke-ectomy and Superheroes of Yore
Delta is making it harder to get into its airport lounges after they were flooded by travelers
New York City Will Hospitalize More Mentally Ill People Even If They Aren’t a Threat
Elon Musk calls New York Times ‘lobbying firm for far-left politicians’ after paper apparently ran no story about ‘The Twitter Files’
WHO urges swapping of the term ‘monkeypox’ for ‘mpox’ due to ‘racist and stigmatizing language’