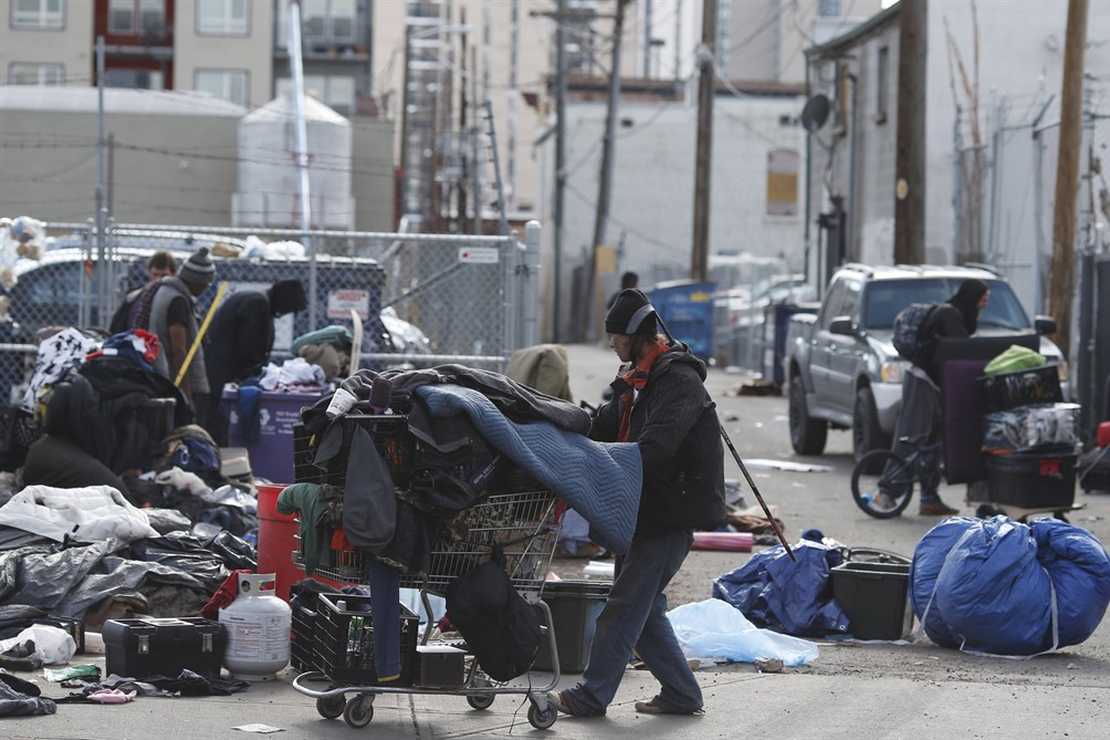 Denver will pay more than 140 homeless people $1,000 a month for up to a year as part of an experimental universal basic income program to “lift individuals out of homelessness.”

An organization called the Denver Basic Income Project will administer the $2 million dollar program. If I’ve done my math correctly, the budget includes a minimum of $320,000 in overhead for DBIC.

Mayor Michael B. Hancock claimed, “This direct cash assistance will help more than 140 women and families currently in shelters move into stable housing, and provide support, so they can stay housed.”

Hancock put the emphasis on “women and families,” even though the program is aimed at “women, transgender and gender non-conforming individuals,” according to Fox News.

I have one question: Does it come with a drug test and a comprehensive mental health screening?

The University of Denver will use the program as a “randomized control trial” to determine if there are any improvements in “housing outcomes, utilization of shelter and other homeless services, improvements in psychological health and substance use for those who opt in.”

In other words: “Here, take the money. We’ll see what you’re up to in a year.”

It’s two million in “free” money, courtesy of Creepy Uncle Joe’s American Rescue Plan. The ARP’s $2 TRILLION price tag — virtually all of which was conjured out of thin air by the Federal Reserve — is one of the driving forces behind our ’70s-style inflation.

There’s something seriously wrong with an aid program that can spend a year’s wages on a homeless person without causing them to stop “experiencing homelessness.”

Yes, there are homeless families who deserve our unequivocal help. But their circumstances, unlike the addicted and mentally ill, are almost always temporary.

If Denver would take that $2 million and dedicate the entire lump sum to those few families as rent support and job-training and placement assistance, I wouldn’t dream of arguing against it.

What Denver is doing instead appears to be a federally funded, small-change giveaway to drug-addicted transexuals.

That’s a harsh thing to have to say, but given the realities of how big city governments choose to treat the homeless as just another never-ending program to administer, it’s almost certainly true.