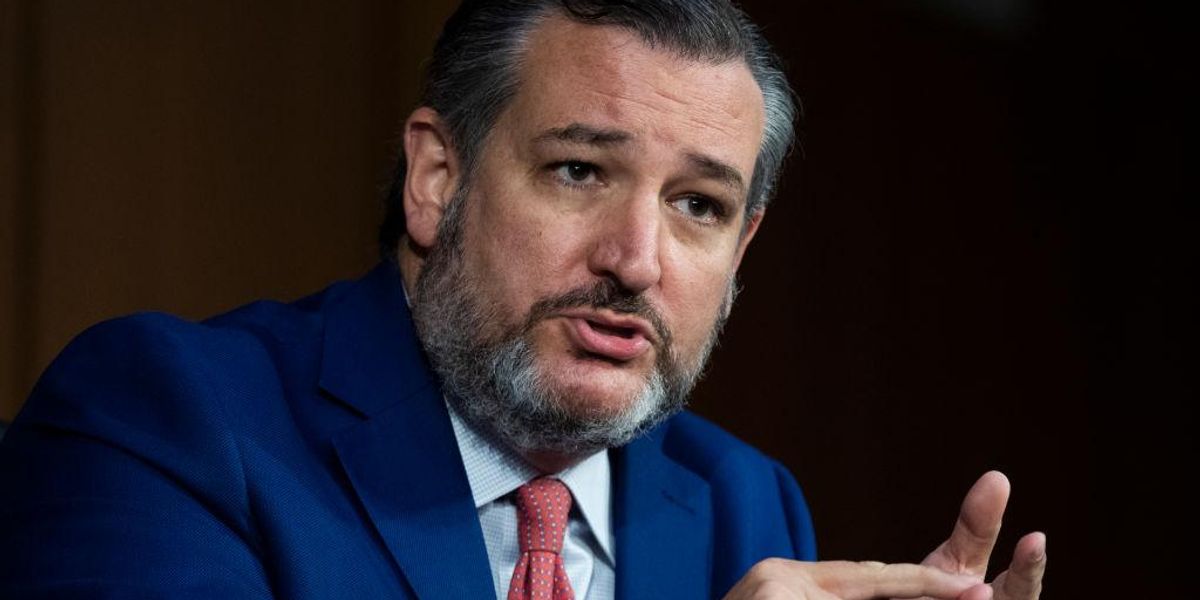 Sen. Ted Cruz (R-Texas) slammed President Joe Biden for his role in the current border crisis. The Republican senator from Texas also provided a list of places where border states could send the influx of illegal immigrants.

Cruz appeared on Friday’s edition of “Hannity,” where he skewered Democrats as “screaming hypocrites” for shipping 50 migrants out of Martha’s Vineyard to a military base on Cape Cod.

Cruz pointed out that Democrats thought the 50 migrants relocated to Martha’s Vineyard was a “humanitarian crisis,” but were silent about the 53 migrants who were found dead in an abandoned tractor-trailer in San Antonio, Texas. Authorities believe the tragedy was the deadliest human smuggling case in modern U.S. history.

“You know, the Democrats did not think it was a humanitarian crisis when we pulled over 50 bodies and body bags out of a truck in Texas of illegal immigrants who died because the smugglers let them die of heat exposure,” Cruz said. “And yet suddenly, 50 illegal immigrants show up in lily-white Martha’s Vineyard, where rich liberals and billionaires sip Chardonnay, and it is World War III. They lose their stuff all over the place. And it just shows what utter nonsense it was.”

Cruz then directed his ire at President Biden.

“Right now, the biggest human trafficker on the face of the planet is Joseph Robinette Biden Jr.,” Cruz told Fox News host Sean Hannity. “He has transported hundreds of thousands, millions of illegal aliens populating them now, putting many of them in red states. He’s happy to put them in red states where it’s not the rich peoples’ concerns, it’s the little peoples’ concerns.”

Cruz explained that the residents of Texas border towns such as McAllen, Laredo, and Eagle Pass are “feeling the price” for the record flood of migrants across the U.S. southern border.

“And Biden still won’t change. Instead, what does he do? He lies to the American people,” Cruz continued. “He sends Karine Jean-Pierre out to claim nobody is crossing the border illegally. It’s a flat out lie, and all of the docile little sheep in the press room, they baa like sheep, and they ignore the fact that she’s lying to the American people. The media needs to cover her lies.”

Cruz agreed with Democrat governors and mayors who have recently opened their eyes to the border crisis, but only after buses of illegal immigrants had been relocated into their areas.

u201cThe biggest human trafficker on the face of the planet: Joe Biden.u201d

Last week, Cruz provided a list of places for Texas Gov. Greg Abbott and Florida Gov. Ron DeSantis to send migrants to next.

Republican Christine Drazan Maintaining Strong Poll Numbers In Oregon Governor Race – Now Leading!
DEACE: EPIC montage packed with headlines that are almost TOO cringe to watch
ABC, CBS, NBC, MSNBC, CNN Still Burying Political Murder of Republican Teen
Never Let a Devastating Natural Disaster Go To Waste
‘Rolling with laughter at the responses to this tweet’: Dean Cain calls it ‘utterly ridiculous’ that he had to wear a mask while flying to and from Canada