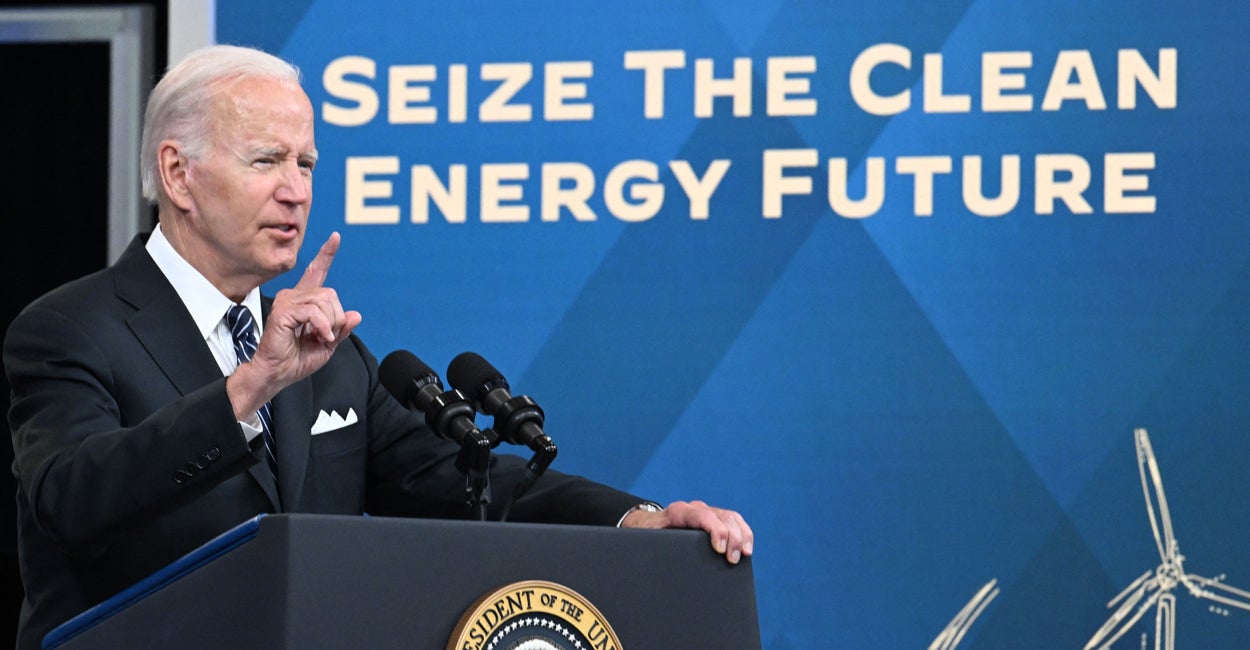 While serving as a U.S. ambassador to Denmark during the Trump administration, my fellow ambassadors and I warned our European allies not to rely on Russian energy imports.

We knew that Russia views energy as a commodity that can and has been weaponized, and we led diplomatic efforts with Copenhagen and other major European capitals to stop completion of Russia’s geopolitical wedge through Europe—the Nord Stream 2 natural gas pipeline.

This past year proved our concerns were warranted.

Since its reinvasion of Ukraine on Feb. 24, Russia has used energy exports as a lever to hold Europe hostage, just as it has for years with vulnerable countries in Eastern Europe. Now all Europe is in a full-blown energy supply crisis for heat, power, and transportation fuel, with few options at its disposal to restore energy security and affordability.

For the better part of three decades, America has watched European allies commit to throttling their own conventional energy production and lavishly subsidizing renewable energy to reduce greenhouse gas emissions—all at consumers’ expense. The European Union, acting in blind adherence to the fatally flawed Paris climate agreement, went so far as to adopt among the most radical energy, climate, and banking policies to force a rapid transition away from conventional fuels that meet over 80% of the world’s energy needs.

These policies ultimately left Europe with one of the most expensive energy sectors in the world—one deeply dependent on intermittent renewables and unreliable Russian conventional energy to meet energy demand.

In other words, Europe weakened its energy sector to the point that when adversity came—whether from a cloudy day, a windless month, or withheld imports—energy disruptions threatened to be catastrophic rather than short-term, uncomfortable blips.

The cautionary tale of where Europe finds itself today—and why we in the United States must not follow this dangerous path to surrendering energy security—is clear.

As winter lurks around the corner, Europe reluctantly is embracing coal in anticipation of a complete cutoff of Russian supplies. Such a move by Russia would leave more than 743 million Europeans struggling to keep their homes, businesses, farms, and factories running.

People already have to choose among  cooking, using appliances, or showering to cut down on utility bills. Large European energy consumers, such as heavy industry and manufacturing companies, have had to cut production or close because of high energy prices.

More than half of British manufacturers have seen their electricity bills increase by 100%  in the past 12 months, threatening to create a “lost generation” of small businesses. Demand for firewood has increased to defray energy costs (even making it into economic modeling by Deutsche Bank), with negative consequences for air pollution and land use.

But the costs of Europe’s energy and climate policies were becoming evident long before Russia reinvaded Ukraine.

Having destroyed much of its energy production and infrastructure, from oil and gas to nuclear power, Europe has few immediate solutions available. Governments are pushing austerity measures to suppress energy consumption, in hopes of filling inventories to prevent a deadly winter. Officials are giving further consideration to likely unenforceable price caps that only would push costs elsewhere, while scrambling for imports from non-Russian sources.

Historically, Americans have enjoyed affordable and reliable energy, increasing our quality of life and happiness. However, the Biden administration is trading away American energy freedom and attempting to force an American transition from conventional to renewable fuels that would fundamentally change how Americans live, work, and travel.

President Joe Biden has made clear that he is putting the U.S. on the same policy path pursued by Europe—rejoining the Paris climate agreement on his first day in office was just the beginning.

Affordable and abundant energy are essential for a prosperous and secure country. As inflation rises, it is becoming clear to most Americans that energy abundance and energy security are essential to our well-being, productivity, and prosperity. We have the world’s energy supply right here in the U.S.

The Biden administration must abandon its war on clean American energy, reduce regulations, fast-track permitting, allow Americans to freely invest in energy of all kinds, and return to energy dominance.

Katie Tubb, a policy analyst in the Thomas A. Roe Institute for Economic Policy Studies at The Heritage Foundation, contributed to this commentary.