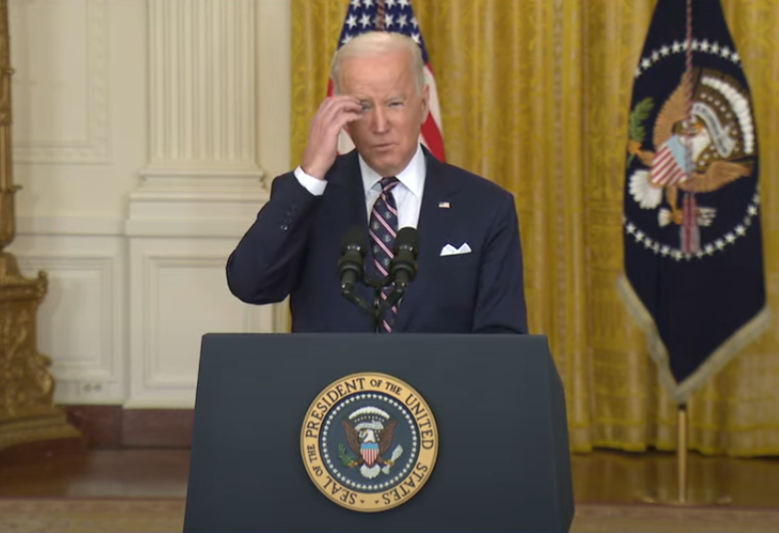 Strategic amnesia is a new syndrome that lets Democrats forget their guilt of the same behavior for which they demonize Republicans — especially when the GOP is innocent as charged. This is psychological projection plus time.

Strategic-Amnesiac-in-Chief Joe Biden embodied this neurosis during the Snarl Heard ‘Round the World — his recent corrosive, divisive speech from Philadelphia’s Independence Hall.

“They refuse to accept the results of a free election,” Biden shouted. “They embrace anger. They thrive on chaos. They live not in the light of truth but in the shadow of lies.”

Biden shook his fists at the MAGA GOP and added, “they fan the flames of political violence that are a threat to our personal rights.”

Just as it has addled his fellow Leftists, Biden’s strategic amnesia befogged his memories of how Democrats handled Trump’s triumph over Hillary Clinton.

To recollect the anger, chaos, lies, and violence that Democrats unleashed after Nov. 8, 2016, Joe Biden and his Kameraden should consult “Rigged.” Mollie Hemingway’s first-rate chronicle of the 2020 election recaps what happened when Clinton blew an election that she supposedly had locked up.

The Democrat Non-Acceptance Caucus denounced Trump as a faux president.

Thus, Lewis boycotted Trump’s swearing-in ceremony, as did at least 66 other House Democrats. They collectively spat on the peaceful transfer of power, a hallowed tradition of U.S. democracy.

Next, the Democrat chaos campaign targeted the Electoral College. Martin Sheen, Noah Wyle and other actors starred in ads for Americans Take Action. They urged Republican Electoral College members to ignore their voters’ will and, instead, dump Trump.

Sharon Geise, Robert Graham, Ash Khare, and Rex Teter were among Trump’s electors whom Hillary’s supporters bombarded with thousands of abusive phone calls, e-mails and even death threats. Michigan elector Michael Banerian told CNN: “I’ve had people talk about putting a bullet in the back of my mouth.”

During January 2017’s election-certification ceremony, seven House Democrats challenged Trump’s electors from 10 states, including Alabama and Wyoming, which he carried by 28.3% and 47.6%, respectively. The Constitution and the Electoral Count Act of 1887 enabled these Democrats to object, just as these documents empowered Republicans to oppose pro-Biden electors on January 6, 2021.

After Hillary lost, her supporters clogged streets from coast to coast. Some bawled. More carried placards that read, “We don’t accept the president-elect.”

Others weren’t saying, “Give peace a chance.”

That Nov, 9, a Chicago mob attacked David Wilcox, yelled “You voted Trump!” at him, carjacked his Pontiac Bonneville, and then dragged him along its side.