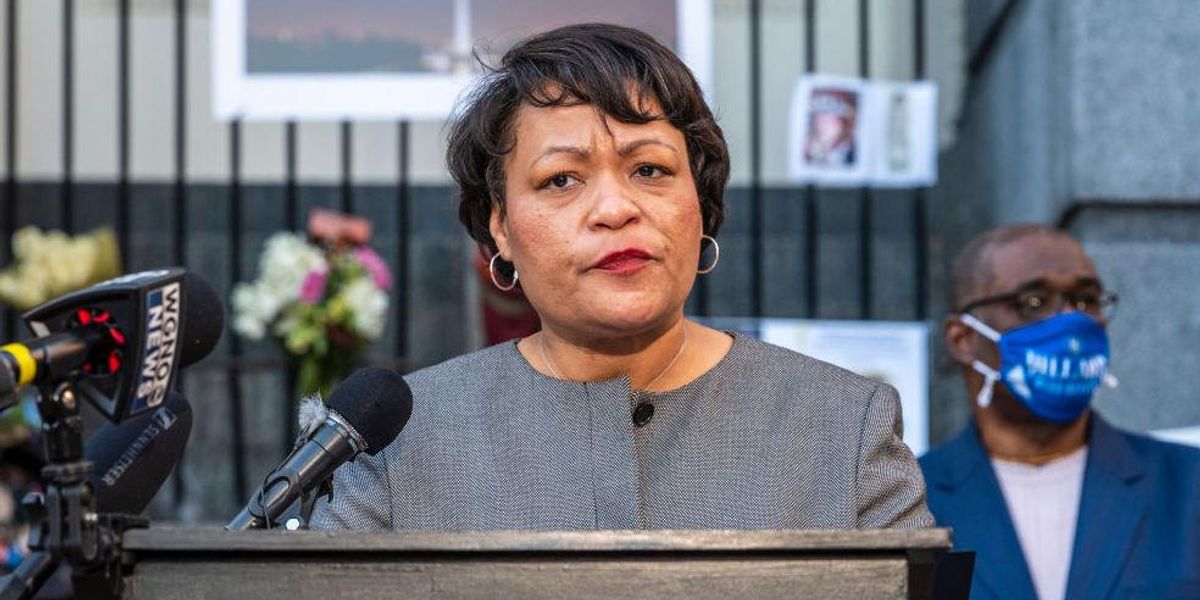 New Orleans Mayor LaToya Cantrell (D) has found herself at the center of controversy after she repeatedly used taxpayer money to finance expensive upgraded air travel.

Now, she is refusing to reimburse taxpayers.

Despite apparently running afoul of city policies, Cantrell said last Thursday that she will not pay back the roughly $29,000 of taxpayer money that she used to upgrade to first-class or business-class airfare on official trips since January 2021.

City policy, on the other hand, requires that municipal employees “purchase the lowest airfare available.”

“Employees are required to purchase the lowest airfare available,” the policy states, according to WWL. “Employees who choose an upgrade from coach, economy, or business class flights are solely responsible for the difference in cost.”

Last month, Cantrell claimed the upgrades are necessary to ensure her safety as a black woman. She said:

My travel accommodations are a matter of safety, not of luxury. As all women know, our health and safety are often disregarded and we are left to navigate alone. As the mother of a young child whom I live for, I am going to protect myself by any reasonable means in order to ensure I am there to see her grow into the strong woman I am raising her to be. Anyone who wants to question how I protect myself just doesn’t understand the world Black women walk in.

Cantrell’s statement suggested she travels alone. But the Times-Picayune obtained travel expenditures showing Cantrell travels with aides. Those aides always fly coach, and the travel records underscore the cost discrepancy between her travel and theirs.

For example, when she traveled to Washington, D.C., in January on the taxpayer dime for $2,279, her aide’s seat in coach cost just $250. Meanwhile, Cantrell spent $9,710 on upgraded seats for a trip to Switzerland earlier this summer. On that trip, her aides were stuck in lousy coach seats priced at roughly $500.

Cantrell’s lavish spending habits have embroiled her in controversy, especially after she spent more than $40,000 on a trip to France earlier this year that included a side stay in Paris. While in the City of Light, Cantrell stayed in a Paris hotel overlooking the Eiffel Tower that cost more than $700 per night.

A top aide told the Times-Picayune it’s unclear whether the policy for city employees applies to Cantrell.

Currently, the New Orleans City Council is seeking counsel from various attorneys to determine whether the policy does in fact apply to the mayor.

Cantrell lists the City of New Orleans as her employer on financial disclosure forms, WWL noted.

NY Times, Fast Friends With FBI, Suggests It’s ‘Toxic’ ‘Misinformation’ to Call for Defunding
Nets Refuse to Mention What Biden Was Up to as Hurricane Ian Wreaked Havoc on FL
The MRC at 35: Imagine If Reagan Had a Conservative Media Like Today’s
Desperate Blue City To Hire Civilians Amid Police Shortage, Violent Crime Spike
CNN reporters blasted for using Hurricane Ian to attack Ron DeSantis: ‘This is undiluted partisan hackery’