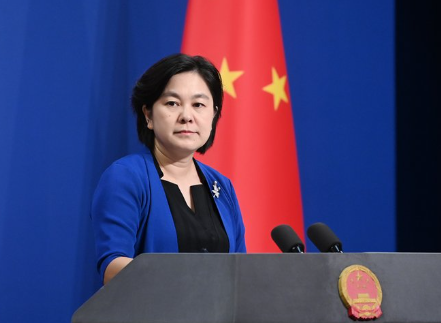 India and China have agreed to withdraw troops from a hotly contested border region, the Indian foreign ministry said Thursday, in another sign the two countries are growing closer together.

Disengagement from the Himalayan hotspot began on Sept. 8 and will be completed by Sept. 12, according to India’s foreign ministry. The agreement is an effort to stave off further escalation of tensions between the neighboring nuclear powers and comes amid visible cooperation with China in military and economic matters, according to Reuters.

“Both sides mutually agreed to take the talks forward and resolve the remaining issues along LAC and restore peace and tranquility in India-China border areas,” foreign ministry spokesperson Arindam Bagchi said Friday, referring to the Line of Actual Control in the Ladakh border area of the Himalayas.

Conflict terminated in a standoff at the Gogra-Hot Springs area of the 2,360-mile border following deadly clashes in 2020 that left 20 Indian and four Chinese soldiers dead, Reuters reported. Following the clashes, India deployed 50,000 troops to the mountainous territory.

The two sides will now withdraw their troops in a “phased, coordinated and verified manner” and will ensure mutual observation of the LAC to avoid a “unilateral change in status quo” according to Bagchi. They will also dismantle all temporary structures in the area.

“The eyeball-to-eyeball contact has ended,” an Indian defense source told Reuters Thursday, while thousands of soldiers still remained on the border. “This is the first step towards a calmer LAC,” the source added.

“This is the outcome of multiple rounds of talks over a period of time between the two sides’ diplomatic and military establishments at various levels. It is conducive to peace and tranquility in the border areas,” Chinese foreign ministry spokesperson said Mao Ning said Friday.

Military leaders from the two sides held sustained talks beginning in July to “resolve the relevant issues” regarding the LAC conflict, according to Bachi. Exact details of the agreement have not been made public, however, and some troops remained stationed in the Demchok area, Reuters reported.

China said the disengagement along its border with India is a “positive development” for the future of bilateral ties, according to Ning.

Chinese President Xi Jinping will travel to Uzbekistan next week for a meeting with Russian President Vladimir Putin in Xi’s first trip abroad since the beginning of the COVID-19 pandemic, and India’s Narendra Modi is also expected to attend, CNBC and Reuters reported. A possible meeting between Xi and Modi will occur on the sidelines of the Shanghai Cooperation Organisation (SCO) summit held on Sept. 16 and 17, according to Indian publication Economic Times.

The Indian and Chinese foreign ministries did not immediately respond to the Daily Caller News Foundation’s request for comment.

Majority of likely general election voters do not feel as safe now as they did two years ago: Poll
Boy, three, dies after aunt ‘pushed him into lake and watched as he sank’
Jen Psaki said Biden admin tried to change focus away from Dobbs decision-leaker, calls reporting on leak ‘historic’ and ‘amazing’
The Center for Energy, Climate, and Environment Briefings: What You Need to Know About Gas Prices
FBI, Justice Department Twist Federal Law to Arrest, Charge Pro-Life Activist