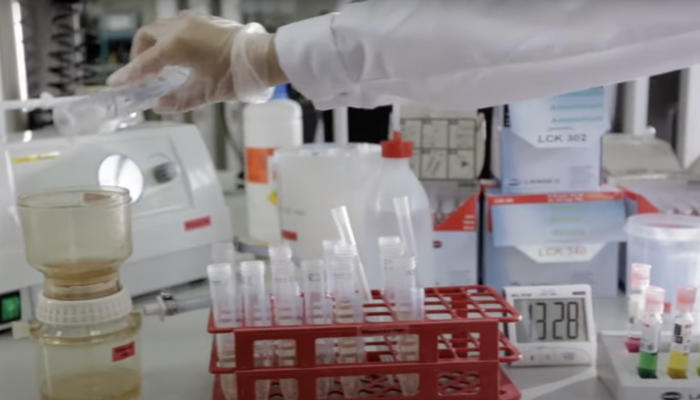 More proof that no position is too stupid for academics to hold — and for government to fund. A group of researchers at Seattle Pacific University was granted $500,000 of government money to study centrality and marginalization in undergraduate physics classrooms. Their conclusion, based on the flimsiest evidence, is that science is racist, The Daily Wire reported.

The National Science Foundation funded the 22-page study and leaned on Critical Race Theory to “argue that physics was racist, in part because it rewards students for getting the right answer and uses whiteboards.”

Yes, you read that correctly. The government spent $500,000  trying to prove that science was racist.

The paper somehow claimed that Critical Race Theory plays a role in physics. “Critical Race Theory names that racism and white supremacy are endemic to all aspects of U.S. society, from employment to schooling to the law. We see the outcomes of this in, for example, differential incarceration rates, rates of infection and death in the era of COVID, and police brutality. We also see the outcomes of this in physics.”

It continued: “Critical Race Theory would cite this as evidence that white supremacy, or the “systemic maintenance of the dominant position that produces [w]hite privilege” [5], is shaping degree granting (and all of the processes and practices therein) in physics.”

So racism is woven in all of physics studies.

The paper isolated a presentation conducted in a classroom at Seattle Pacific University. In the presentation, one student (a Middle Eastern student) led the presentation and provided the results of findings to the class, clearly racist. “Nonetheless, the paper says the Middle Eastern student exemplified ‘whiteness’ by being ‘centered’ (receiving attention since he was the one actually doing the work) while the others were ‘marginalized,’” Daily Wire’s report noted.

So, the Middle Eastern student is racist because he did all of the work and knew the answers? And he’s exemplifying “whiteness” even though he isn’t even white?

In the researcher’s interview with one of the students in the group presentation, the student rejected the idea that she was being “marginalized.” She indicated that she preferred to have the male present the findings because she didn’t know the answers or how to get them. The paper persisted with its baseless claims.

The “study” indicted that seeking the “correct” answer instead of providing the freeloading peer’s comments (a joke and asking if water was liquid) proves that the Middle Eastern student and physics itself, is racist. “Centering white perspectives on historical events, downplaying white violence, disconnecting current racial violence and trauma from its long history, and constructing mythologies where domination and centering appear ‘God-given and right,’” it said.

It even suggested that the professor was racist as well, The Daily Wire noted.

We would argue that Iris’ agency is constrained by whiteness. The outcome expected of her teaching is students who can access the center defined by physics. We contend that the structure of schooling — and in particular, mechanisms of control such as grades or academic qualifications — co-produces whiteness.

Good heavens! This is quite the reach.

Anticipating the rebuttal that cherry-picking a single exchange in one class lesson and turning it into a far-reaching metaphor is not rigorous research, the federally funded academics simply say anyone who said so would be “engaging in bad faith argumentation.”

The paper was published back in March but plays on many leftist talking points and bandwagon phrases that anything and everything white or white related is racist.

Your tax dollars at work, folks.