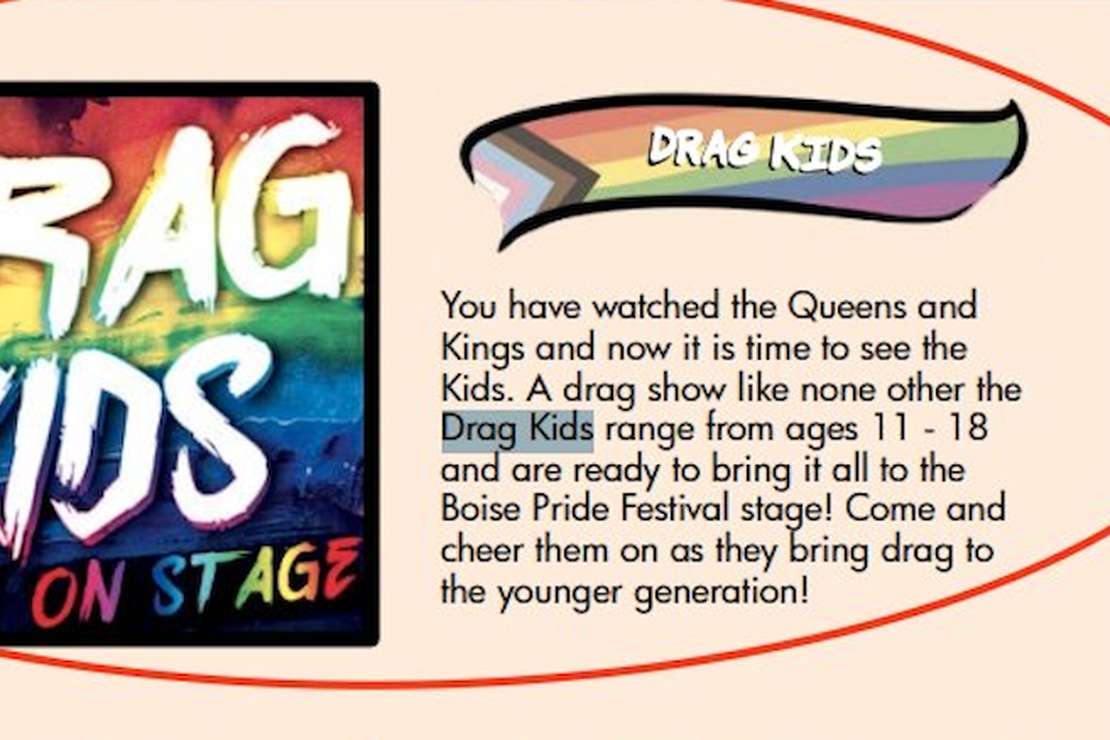 In our Trans Madness Age, “It’s a huge red flag for adults to have young boys dress up as women and dance for tips” is a thing that sane people have to remind certain parents. But that might be the least of our worries now that actual doctors have taken to Twitter to drag about the permanent mutilations they’ve done to legal minors.

Thanks — if that’s the right word — to City Journal‘s Christopher Rufo, I learned this week that the city government of Boise, Idaho is “hosting a festival featuring child drag queens as young as 11 years old.” The events are sponsored by Citibank, Hewlett-Packard, Target, and Wells Fargo.

Meanwhile, in Palm Springs, this is going on:

“Look at all that money you just made!” Drag queen teaches a child to perform for cash tips at a “family-friendly” drag show in Palm Springs, CA pic.twitter.com/JThSO1fOeg

How old is that girl? Eight, nine, maybe ten? How is she not being groomed to become a stripper?

It wasn’t that long ago that Chris Rock joked, “If you can keep your son off the pipe and your daughter off the pole, you’re ahead of the game.”

Like all true comedy, Rock’s quip was based in truth.

But it’s so much harder to keep your daughters off the pole when there’s a small but grossly influential segment of society devoted to getting girls to do just that.

“As the academic queer theorists have explained,” Rufo wrote, using their own words, kiddie drag shows are “used to liberate children from ‘the rhetoric of childhood innocence.’”

Ponder that again for a moment: Liberate children from the rhetoric of childhood innocence.

The real-world results of exploiting away childhood innocence go far beyond “just” a little girl dancing suggestively for tips from grownups.

Scarlett Johnson revealed earlier this week that fifth graders in Wisconsin public schools are exposed to PowerPoint presentations on all the benefits of puberty-blocking drugs.

“Contrary to common beliefs about puberty-blocking drugs,” WND reported in 2020, “the majority of children who take them do not resume puberty.” The story also notes that puberty blockers stunted height and put kids “at greater risk for osteoporosis and fractures in adulthood.”

The study also noted that the common cross-sex hormones given alongside puberty blockers can cause sterility, increased risk of heart disease, and breast and uterus cancers — and even psychosis.

These drugs are given to kids as young as 11 or 12 who are unable to understand the full and permanent consequences of their decision. If, given all the grooming going on, you can even call the decision truly theirs.

Speaking of permanent — and disturbing — Babylon Bee CEO Seth Dillon brought to light late last week this photo of a surgeon posing happily with the teen girl whose chest she surgically mutilated.

Doctor poses for a picture with the child she just mutilated. pic.twitter.com/K6Z0f3yh9M

If you don’t want to click to view the sensitive content, I don’t blame you, but it’s of Dr. Sidhbh Gallagher, a Miami plastic surgeon who specializes in “transition” surgeries alongside one of her victims. She’s since deleted the Instagram post, but this is far from the first time I’ve seen surgeons practically bragging about performing cosmetic (!) double mastectomies on minors.

What starts as a farce with “kid safe” drag shows ends in the tragedy of mutilated teens.