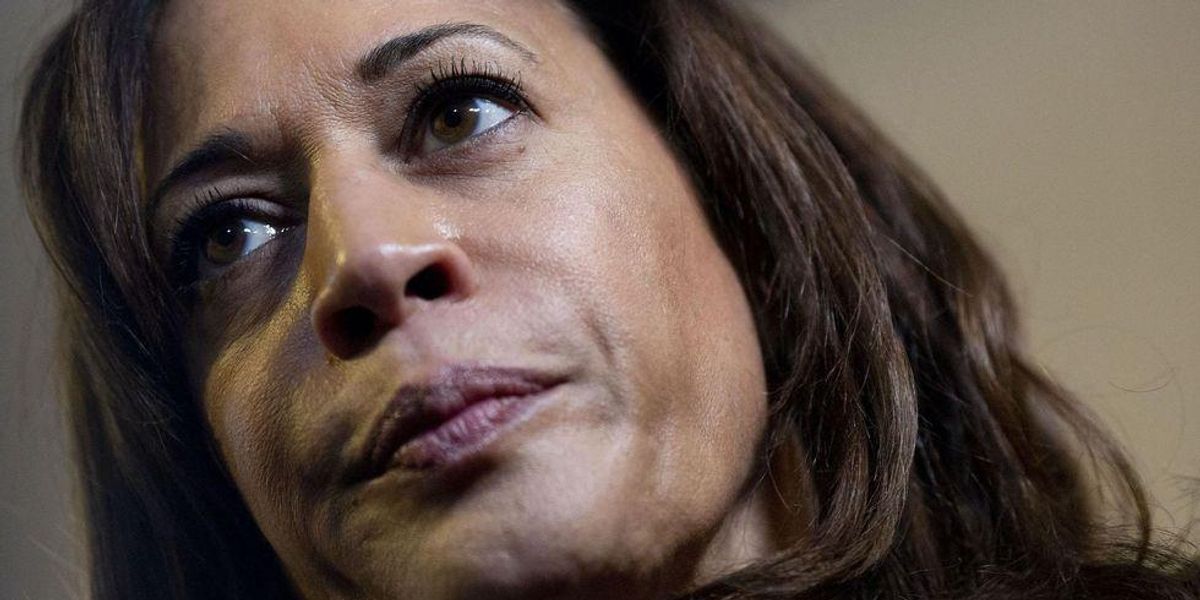 Vice President Kamala Harris made another dubious claim about her life’s story that didn’t survive a simple fact-check from her critics.

Harris told an anecdote meant to prove her bona fides as a liberal activist even in her childhood and teenage years, but the story was immediately debunked by skeptics armed with a calendar and a simple search on Google.

“The farmworkers movement was very much a part of my childhood,” Harris claimed in an interview with the Nation published Monday for Labor Day.

“Like, literally, had never had a grape,” Harris said. “I remember the first time I had a grape, I went, ‘Wow! This is quite tasty.’ It was absolutely ingrained so deeply in me: Never cross a picket line.”

Harris was referring to a grape boycott implemented by union activists over labor protests, but the dates for the boycott did not line up with the vice president’s statement.

As outlined by the New York Post, the grape boycotts organized by the United Farm Workers spanned from 1984 until 2000. Had Harris eaten a grape at any time during her “twenties,” she would have broken the boycott instead of observing it, as she had claimed.

Harris has been caught making less-than-truthful statements before the grape debacle.

In December 2020, she claimed that her family had celebrated Kwanzaa every year since she was a child, but the timeline showed that the ethnic holiday had been invented only two years after she was born, and her claims were highly unlikely.

In February 2019, Harris said in an interview that she listened to iconic rappers Tupac and Snoop Dogg while smoking marijuana in college, but she was once again thwarted by a simple timeline check that showed those rap artists released music after she had already graduated.

Many on the right have also mocked and ridiculed Harris for her bizarre habit of repeating words and phrases during official speeches.

NY Times Alarmed By GOP Spreading ‘Racist Fears’ About Soft-on-Crime Democrats
6 States Sue to Block Biden’s Student Loan ‘Forgiveness’ Scheme
Charts suggest it’s ‘way too early’ to expect the stock market to rebound, Jim Cramer says
Is Your Child an “It?”
Hurricane Ian has killed at least 17 people in the US – and officials are warning number of deaths will rise