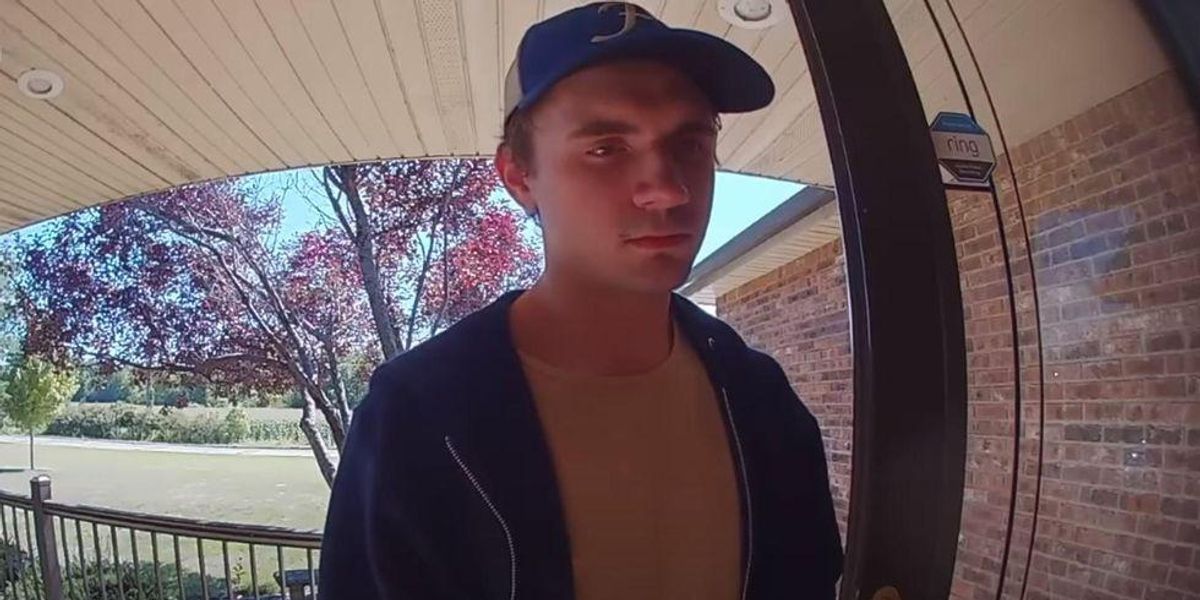 An Ohio man will not face criminal charges, even after he fatally shot his daughter’s ex-boyfriend who had broken into their home.

On July 31 at approximately 11 a.m. local time, James Rayl stood on the front porch of his ex-girlfriend’s house in Sidney, Ohio, about 40 minutes north of Dayton. Rayl rang the doorbell repeatedly, briefly left the porch, returned, and then began attempting to break through the door with his shoulder.

Meanwhile, the homeowner Mitchell Duckro stood on the other side of the door and asked Rayl to leave his property. He also warned the young man that he was armed. When Rayl finally managed to breach the deadbolt lock, Duckro fired his gun and shot Rayl three times, once in each shoulder and once in the back. Rayl then staggered to the driveway and collapsed.

He died within minutes.

The entire harrowing scene, including Duckro’s warnings, was captured on a front door camera. His daughter, Allyson Duckro, can also be heard asking her father “Dad, is he trying to kill me?”

After Rayl was shot, Allyson told her father, “Dad, there’s nothing you could have done. You saved my life.”

Shelby County Prosecutor Tim Sell showed the grand jury the front door camera footage, as well as the 911 call tape. The grand jury voted 8-1 not to indict, citing Ohio’s “Stand Your Ground” and “castle doctrine,” which affirm the rights of homeowners to use lethal force against those who threaten their safety or property.

Despite the evidence demonstrating that Rayl posed an immediate threat to the Duckros and their property, some in Rayl’s family remain convinced that Duckro should have been indicted.

“You should absolutely be ashamed of your actions all around,” Rayl’s sister, Jessica Marie Colbert, wrote on Facebook. “Every single one of you connected to the Duckro family that has no regard for my family whatsoever.

“Mitch shot him in the back and killed him. And we know more than just that Mitchy. I hope your days are more miserable than they’ve ever been. You’re a disgusting excuse of a human being along with your daughter,” she added.

According to Fox News, Allyson Duckro had broken up with Rayl about 18 months ago. The night before the incident, Rayl had called Allyson and left her a voice mail. The contents of the message are unknown.