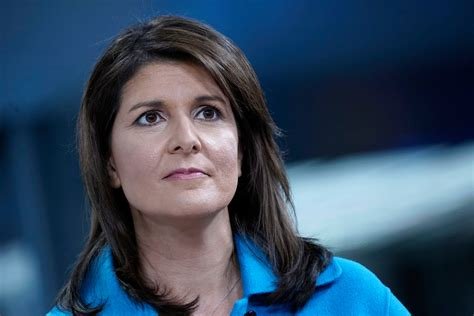 Former Ambassador to the United Nations Nikki Haley blasted Democratic Attorney General Letitia James of New York over the leak of a tax document during a Tuesday Fox News appearance.

“Stand for America has a newsletter they put out every day and what we’re seeing is all of a sudden, we get notified that our donors are gonna get leaked to the press, which is a state tax violation and a federal tax violation if that happens,” Haley told Fox News host Dana Perino. “It is leaked, we look at the last page from what Politico provided and it has the New York state attorney general’s office stamp on it. So that office leaked it to the press. And so now we are basically saying we’re not going to cry about this, we’re not gonna whine about this, we’re going to fight this.”

Politico published a report based on an unredacted tax return from Haley’s organization Friday. The Daily Caller News Foundation confirmed that the document bears a stamp from the Charities Bureau of the New York State Attorney General’s Office.

“We are filing a lawsuit against the New York state attorney general’s office, we are going to Merrick Garland and saying it is a federal tax crime and we want him to investigate that office. I’m not thinking he will do that, but we’re certainly going to make him answer for it,” Haley said. “What this means, Dana, is they’re trying to intimidate conservatives.”

Haley also noted other investigations by James that were allegedly politically motivated.

The NRA won a legal victory in March when a court ruled that James could not seek dissolution of the gun-rights organization. James pressured Google to censor search results to not list crisis pregnancy centers in June.

Haley vowed action in response to the leak.

“The idea that New York state attorney general can violate state law, can turn around and violate federal tax law, I mean, there is no excuse whatsoever for this lawlessness and that’s what we are seeing coming out of these liberal government entities that decide they’ll decide who needs to be blown up and who doesn’t,” Haley said. “Well, you know, we are not going to throw cotton balls at them, we’re gonna throw a grenade and we’re gonna make sure they know enough is enough.”

James did not immediately respond to a request for comment from the DCNF.