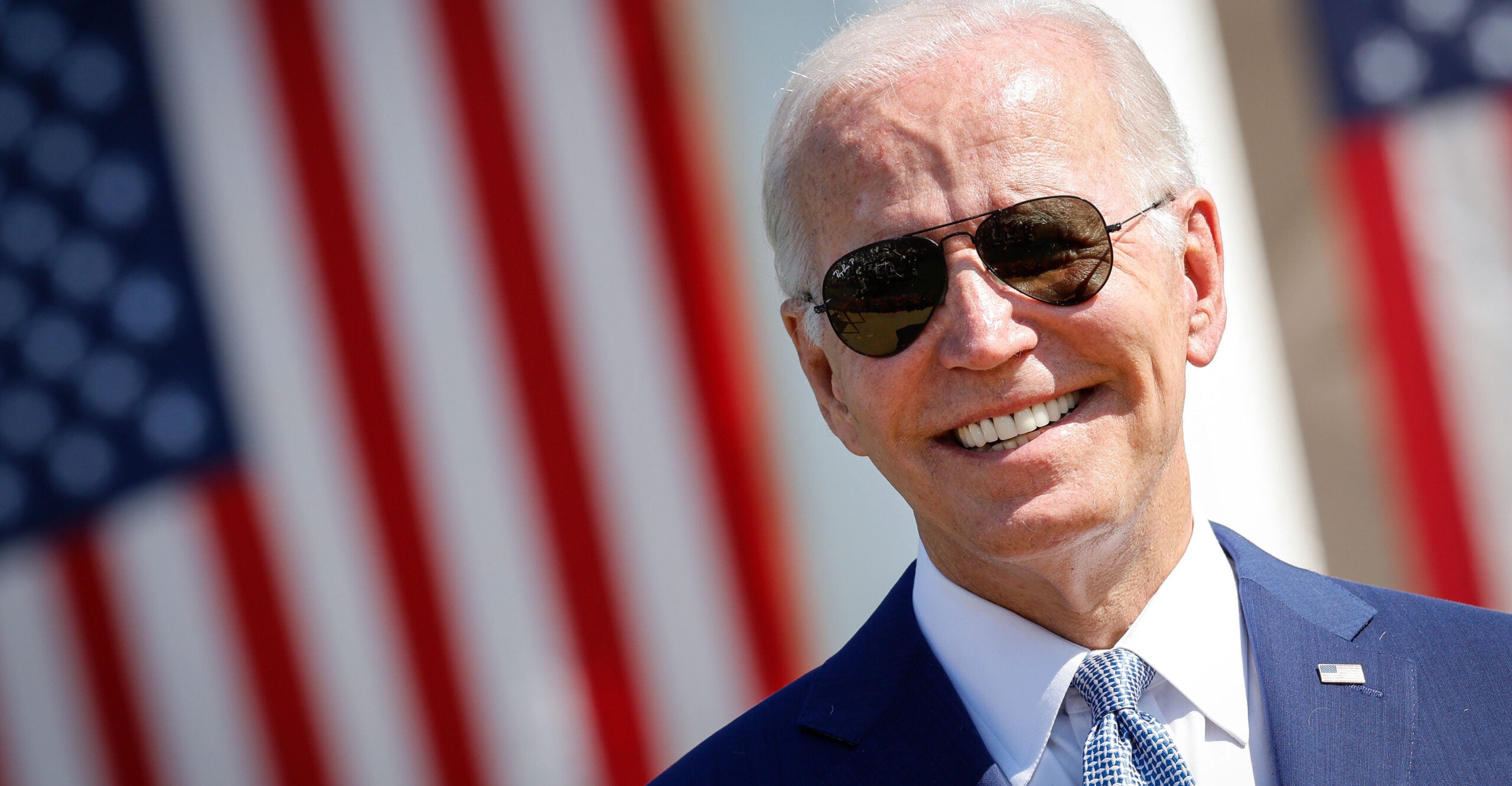 The left boasts that it now has a chance at keeping the House, with even better odds for maintaining control over the Senate.

Polls are all over the place. Now they show generic Republican leads, now Democratic.

The general experience in polling is that they are more often conducted by left-leaning institutions and massaged to show Democratic “momentum.”

Since the polling meltdown of 2016—when most polls showed a Hillary Clinton Electoral College landslide—they have regained little credibility.

Current progressive heartthrob and spoiler Rep. Liz Cheney, R-Wyo., was polled at only 20% behind in her recent primary, only to be crushed in the end, losing by over 37%.

The corporate leftist media does its part by glorifying a now dynamic “Aviator Joe.”

President Joe Biden in cool sunglasses is now constructed into a swaggering “Top Gun” Tom Cruise-like figure, rather than a cognitively challenged 79-year-old.

Biden’s just-passed reconciliation Inflation Reduction Act, according to most experts, will raise taxes even on the middle class and spur inflation. So, the media euphemistically renames it a “climate change bill.”

With a stroke of his pen before the midterms, Biden forgives $300 billion in student debt, without a care for the dutiful who paid their loans off or those who did not go to college but will now pay for those who did.

If inflation is running at 8.5% over last July’s prices, the White House giddily announces inflation is “zero” because it did not climb at 9.1% over 2021 prices—as it did in June.

That’s like saying someone entombed in a sinkhole 10 feet below ground is no longer trapped at all since he floated up one foot since falling.

In California, when $6.50 a gallon gas dipped last month to $5.50 a gallon, Biden pronounced the end of high energy costs. He forgets that during his watch, gas prices doubled and remain $2.50 a gallon higher than they were on Inauguration Day.

Despite the propaganda, the Republicans seem confident nonetheless because of the dismal 40% approval ratings of Biden and his even less popular agenda.

Crime is out of control. The left blew up the southern border. Biden has waged war on energy production and deliberately spiked gas costs.

Foreign policy is in shambles. Racial relations are scary. Historically, presidents are shellacked in their first midterms.

So, there should be a Republican tsunami.

But will there be?

So far, the Republicans have not nationalized congressional races with a uniform Contract with America, an agenda that they will seek to enact the moment they take Congress.

If all Republican candidates run on what the left has done to America in less than two years and offer a systematic corrective, they will win. If they get bogged down in the 24-hour news cycle, they will flounder.

Conservatives seem oblivious to the current left-wing strategy. That is odd, since it is unchanged since the Russian collusion hoax and the psychodramatic Ukrainian phone call impeachment.

The left-wing playbook is based on two pillars: the FBI raid on former President Donald Trump’s home, the Jan. 6 “insurrection” investigation—and selective daily leaking about both.

About every week, in efforts at mass distraction from the dismal record of Biden, we will hear of a new “bombshell” and “walls are closing in” Justice Department or FBI leak to an obsequious media.

In 24-hour cycles, we will hear more about how Trump supposedly stole “nuclear secrets”!

And “informed but anonymous sources insist” that Trump is trying to sell memorabilia. Or is Trump trying to hide Jan. 6 evidence at his home? Or was it those Russian collusion files?

Sanctimonious Attorney General Merrick Garland will fight tooth and nail not to release an unredacted historic fishing-expedition affidavit for a warrant to meander through the closets of the Trump home. But he certainly will redact—and leak.

The Jan. 6 committee will continue to subpoena and flip witnesses with threats of indictments, certain doom before biased Washington juries, and crushing legal bills.

Between the raid and the star-chamber House inquiry, we are supposed to forget unaffordable gas and food, dangerous U.S. cities, over 3 million people swarming the border, and the Afghanistan debacle.

Big Tech in November as in 2020 will again flood registrars with billions of dollars in dark money—while denying it.

They will censor and expunge anything unflattering to the left on social media, and claim they do not.

The left will systematically try to ensure that, as in 2020, only 30% of the electorate vote in person on Election Day, as they plead they are underfunded and disorganized.

Yet if the Republicans advance a coherent national plan of action to restore a pre-Biden America, if Trump will focus positively on national issues and not take the bait to obsess on the wrongs done to him, and if grassroots conservatives this time around prepare to preempt massive left-wing vote harvesting, they will achieve their blowout.

But that is a lot of ifs. And meanwhile, time grows short.