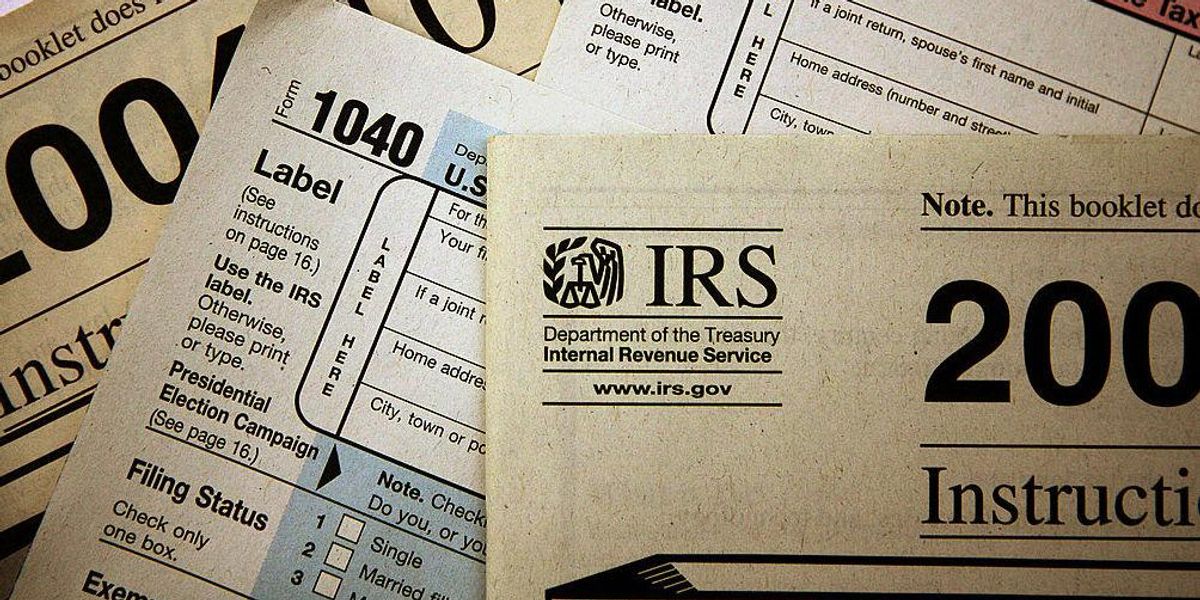 Contrary to what Democrats claim, the so-called Inflation Reduction Act — through a beefed up Internal Revenue Service — will not increase enforcement on billionaires alone, according to a letter from the Congressional Budget Office.

Specifically, the bill gives the IRS nearly $80 billion in new funding, more than half of which is earmarked for tax enforcement. Part of that enforcement involves the hiring of 87,000 IRS employees over the next 10 years. That figure includes employees for new and existing positions.

Democrats have tried to quell concerns by arguing a more powerful IRS will not target middle-class Americans. Instead, they claim billionaires will be targeted.

White House press secretary Karine Jean-Pierre said earlier this month, “This is not about folks who make less than $400,000.” And when she was asked if the bill would result in audits of Americans earning less than $400,000 she replied, “Very clear: no.”

Treasury Secretary Janet Yellen even ordered that new IRS resources “shall not be used to increase the share of small business or households below the $400,000 threshold that are audited relative to historical levels.”

But what does the CBO letter say?

The letter, written by CBO director Phillip Swagel, explained some of the increased enforcement will target Americans who earn less than $400,000.

“As a result of increases in outlays for the Internal Revenue Service (IRS) stemming from the act, the Congressional Budget Office estimates that revenues will increase by $180.4 billion over the 2022–2031 period,” Swagel wrote.

“CBO projects that some of the increased revenues will be collected from taxpayers with income less than $400,000; the amount will be a small fraction of the total increase,” he explained.

Swagel noted that a proposed amendment to the Inflation Reduction Act — which sought to legislatively bar IRS enforcement against Americans who earn less than $400,000 but ultimately failed — would have resulted in about $4 billion less in tax revenue.

Thus, the CBO expects the IRS to raise $4 billion in tax revenue from those Americans that Yellen said should not be targeted.

If that change had been made after the removal of the language regarding
personnel flexibility and Secretary Yellen’s directive on the use of the
additional funds, the increase in revenues resulting from greater outlays for
the IRS would have been $176 billion over the 2022–2031 period,CBO
estimates, about $4 billion less than the amount currently projected to be
collected.

Specifically, because overall audit activity will be increased, taxpayers in all income-brackets could see more enforcement.

“Audit rates at roughly historical amounts, in accordance with the Treasury Secretary’s directive, will boost audit activity and thus revenues relative to the amount in CBO’s July 2021 baseline,” Swagel wrote.

The CBO’s analysis, Swagel explained, hinges on the assumption the IRS will comply with Yellen’s order.

“CBO projects that an increase in revenues collected from taxpayers with income less than $400,000 (as reported both before and after any enforcement activities take place) will constitute a small fraction of the total increase collected from all taxpayers resulting from the increased funding for the IRS,” he wrote.

“That fraction will be small because, CBO expects, the IRS will follow the Secretary’s directive, and enforcement resources will focus on what the Secretary terms high-end noncompliance,” he explained.