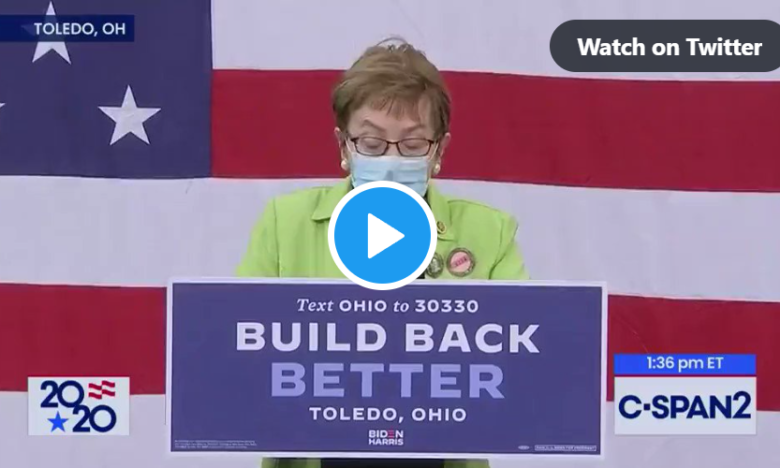 Democratic Ohio Rep. Marcy Kaptur released an ad Friday decrying President Joe Biden for allowing China to hurt her state’s solar industry as she faces off against a Trump-backed challenger.

Kaptur’s ad says Biden is “letting Ohio solar manufacturers be undercut by China,” and she is working with Republican Ohio Sen. Rob Portman to protect jobs. Her general election opponent Republican nominee J.R. Majewski snagged former President Donald Trump’s endorsement in what is considered one of the most competitive congressional races nationwide.

The ad claims Majewski is “not happy” and “opposes her All of the Above energy plan,” predicting he would “let Ohio energy jobs die.”

“She (Kaptur) doesn’t work for Joe Biden, she works for you,” the ad states.

National Republican Congressional Committee regional spokeswoman Courtney Parella pointed out that Kaptur said in 2020, “It would be my honor to not just vote for Joe Biden, but to work for him and Senator Kamala Harris.”

Kaptur has also voted in line with Biden’s position 100% of the time, according FiveThirtyEight.

The 🔥 emoji might actually be deserved if Kaptur wasn’t on video saying she works for Joe Biden. https://t.co/rSsxGgx3Er pic.twitter.com/JH07uhUAae

Kaptur’s campaign did not immediately respond to the Daily Caller News Foundation’s request for comment.

Border Crisis: Officers Seize Hard Narcotics Worth Over $11.4 Million
Chinese and Russian warships spotted off Alaskan island
‘Kansas doesn’t have a brand’: People sound off after Democratic NYC Mayor Eric Adams says that ‘New York has a brand,’ but Kansas does not
Are More Americans Waking Up to the Horrors of ‘Gender-Affirming Care’?
How Men Can Play Irreplaceable Role in Creating Culture of Life