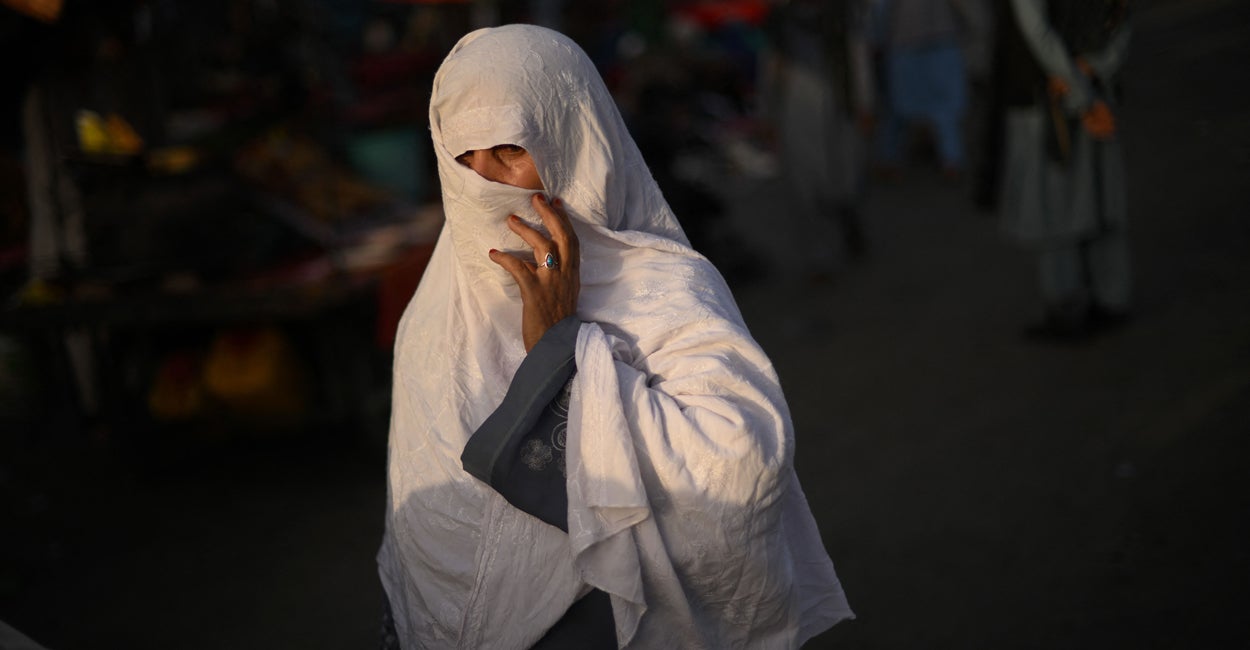 Since President Joe Biden’s unconscionable, disastrous withdrawal of U.S. troops from Afghanistan a year ago, Afghan girls and women have suffered most from a dysfunctional economy undermined by the brutal and chaotic governing force of the Taliban.

As unambiguously pointed out by the agency known as the United Nations High Commissioner for Refugees:

Afghanistan’s women and girls have watched their rights disappear. Most secondary schools for girls remain closed and many women have lost their jobs, while others lack the required male guardian to accompany them when they venture out of their homes.

With many women no longer able to earn a living, families have become further impoverished and young girls are being forced into marriage.

Aug. 15 marked one year since the Biden administration’s shockingly abrupt exit from Afghanistan without adequate plans in place, effectively handing the country to a terrorist organization and washing away 20 years of advances.

Afghanistan has turned out to be an unmistakable humanitarian catastrophe. The Taliban, which welcomed America’s humiliating and disorderly retreat, has established its brutal rule and expunged progress—particularly in protecting, educating, and empowering women.

This betrayal and abandonment of Afghan women has been particularly unacceptable and harsh, considering the fact that the Biden administration often has claimed to be the ultimate champion of human rights and women’s empowerment.

Successes achieved by Afghan women over the past 20 years that have evaporated include attending school, graduating with advanced degrees, holding political office, pursuing careers, raising families, and living their lives in relative freedom.

Afghan women have been forced to give up such progress because the Taliban’s audacious, ruthless drive for power—and the fecklessness of the Biden administration in running from that fight—has put the incompetent, vicious regime back in power. The lives of Afghan women and girls have been tragically altered for the worse.

Unfortunately, but perhaps not surprisingly, Biden’s Afghanistan disaster has shown that he’s more of a bystander than a world leader. In a speech delivered Aug. 16, 2021, Biden remarked:

We’ll continue to speak out for the basic rights of the Afghan people—of women and girls—just as we speak out all over the world. I have been clear that human rights must be the center of our foreign policy, not the periphery. But the way to do it is not through endless military deployments; it’s with our diplomacy, our economic tools, and rallying the world to join us.

Yet Biden’s words have rung hollow and empty to countless Afghan women who have been at the mercy of the Taliban and would like to go about their lives, let alone exercise their fundamental rights.

From a broader foreign policy perspective, Biden has downplayed tremendously the security risks of his reckless retreat from Afghanistan as well as the human rights costs of reinstalling the brutal, repressive Taliban as a governing force.

Despite nearly $800 million in humanitarian aid from the U.S. government since Biden’s disastrous pullout of troops from Afghanistan, some 20 million Afghans, about half the population, remain severely deprived economically.

This reflects almost no change from a year ago, when we were also told that half of Afghanistan required emergency food and other lifesaving assistance to avoid a major famine.

More critically, there is no way of knowing whether U.S. aid is reaching those in need or is being diverted to Taliban forces and other unintended recipients for their own use. This is particularly so given the absence of well-functioning tracking mechanisms and worsened by the lack of transparency and accountability.

As Jim Carafano, The Heritage Foundation’s vice president for foreign policy, summed up the president’s Afghanistan policy failure: “Biden evidently forgot the failures of foreign policy under Obama and immediately went back to the old playbook of walking away and seeing what happens.”

Biden can’t disown the heartbreaking prospects for women and girls in Afghanistan precipitated by his inept withdrawal.

Remember Back When Journalists CARED About the Politicization of the FBI?
Biden Administration Keeps Negotiating With Iran Even as Protesters Are Gunned Down in the Street
Gavin Newsom signs bill making it easier to punish California doctors who spread COVID ‘misinformation,’ top epidemiologist warns: ‘Chilling interference with the practice of medicine’
‘Kansas doesn’t have a brand’: People sound off after Democratic NYC Mayor Eric Adams says that ‘New York has a brand,’ but Kansas does not
An entire seafront levelled – no one expected Hurricane Ian to be so vicious and so damaging