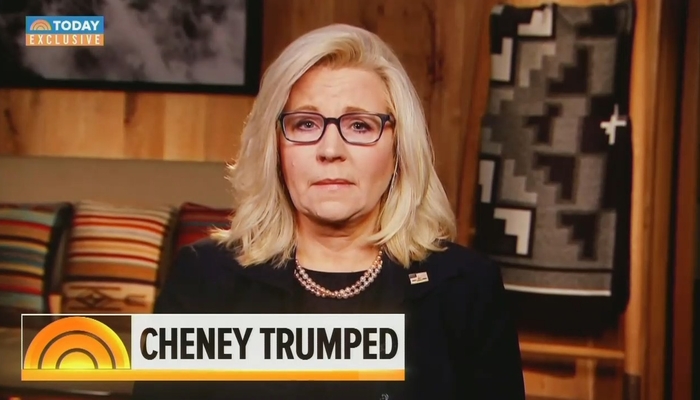 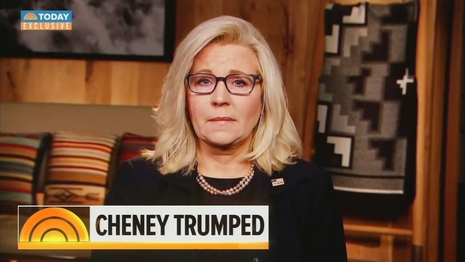 Rep. Liz Cheney was clobbered by 37 points in her Wyoming Republican primary, but the media broke out their praises as she gaudily compared herself to Lincoln and Ulysses Grant. She’s a savior of the Republic!

Research director Scott Whitlock — both a history nerd and a media-bias nerd — joins the show to assess how the media now hail Glorious Liz — and how before the ascent of Trump, was Odious Liz. (Chris Hayes laid it on thick.)

After the landslide, they asked Cheney if she would run for president in 2024, ignoring all proof that she drove her political car off a cliff. Savannah Guthrie repeatedly pressured Cheney to proclaim the Democrats should keep their majority power in Congress. They want her to sound fully like a Democrat. Democracy is only authentic and safe when Democrats win.

None of them seemed to figure out Republicans don’t want to vote for Cheney when she’s being painted as a hero by Dan Rather. At least CNN analyst Nia-Malika Henderson accurately conceded this politician’s base of support is “the Beltway media.” Their polling guru Harry Enten noted Cheney’s favorable-unfavorable numbers were -10 among all voters. That’s -53 among Republicans, -17 with independents, and +36 among Democrats.

‘Doctors Never Warned Me of Side Effects’ With Hormone Therapy and Breast Implants, Detransitioner Says
Rapper Kanye West, Calls Black Lives Matter a ‘Scam’
No calm after the storm as Floridians scramble for basics after Hurricane Ian
‘Where’s Jackie?’ Biden asks for dead congresswoman in gaffe during speech
Study: Support for defunding the police a ‘luxury belief’ held by white Democrats gripped by ‘collective shame’