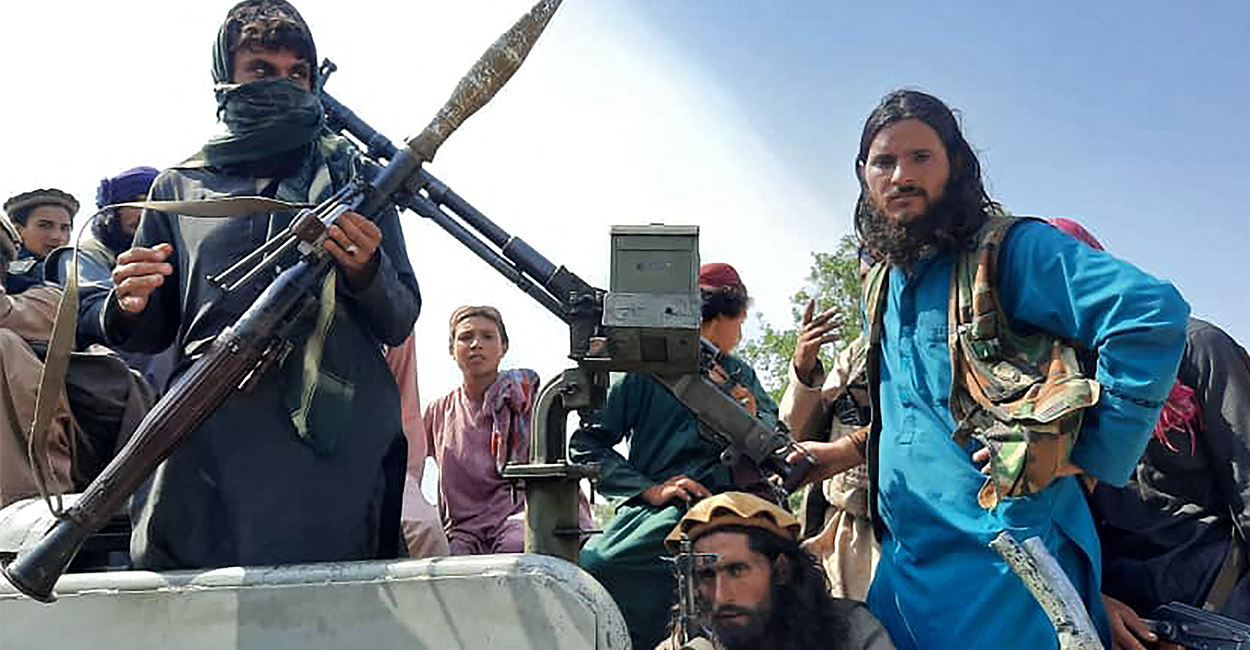 Today marks one year since the Taliban captured Afghanistan’s capital, Kabul, effectively handing the country to the terrorist organization and washing away 20 years of any progress in the region.

As the Taliban encroached on the city, former Afghan President Ashraf Ghani abandoned his fellow countrymen, and days later resurfaced in the United Arab Emirates with his family. The Taliban restored the country’s previous name – the Islamic Emirate of Afghanistan, the Associated Press reported.

In the days following the Taliban takeover, desperate Afghans would attempt to flee the country on the wheels of American planes – some tragically failing – while also hide in fear of being found.

So, what has happened in the days since the U.S.’ botched Afghanistan withdrawal that left both Americans and our allies behind?

“Afghanistan has quickly become a humanitarian tragedy, first and foremost for the Afghan people. This was entirely predictable, despite the Taliban’s repeated pledges to form an inclusive government that would respect the rights of minorities and women,” Jeff Smith, a research fellow in the Asian Studies Center at The Heritage Foundation, told The Daily Signal. (The Daily Signal is Heritage’s news organization.)

“The Taliban, since assuming power, has done no such thing. They almost immediately formed a government that was filled almost exclusively with Taliban loyalists and with members of the dominant Pashtun ethnic community, of which the Taliban derives,” Smith said, adding that the Taliban stripped women of many of their rights they grew accustomed to over the last twenty years.

Smith also warned that terrorist activities have resumed throughout the country:

Many of us, myself included, were very concerned that as soon as the Taliban seized power, Afghanistan would again become a safe haven for international terrorist groups, including al Qaeda and the Haqqani network, which is a particularly dangerous and bloodthirsty faction of the Taliban, and one that was responsible for several high-profile attacks on the United States and its personnel in Afghanistan over the past 20 years.

President Joe Biden announced on Aug. 1 that the U.S. successfully carried out a drone strike and killed al Qaeda leader Ayman al-Zawahiri. The terrorist, who took over al Qaeda after Osama bin Laden’s death in 2011, was found in Kabul with his immediate family, Biden said during a speech at the White House.

A group of bipartisan lawmakers introduced the “Afghan Adjustment Act” last week in both the U.S. House of Representatives and the Senate.

“Last year, the United States brought about 74,000 Afghans over during the airlift, and they were brought here most often under humanitarian parole – a category that lets them stay for no more than a maximum of two years,” Alex Plitsas, a nonresident senior fellow at the Atlantic Council, told The Daily Signal.

“That was a temporary status that people were brought over under for extraordinary circumstances … these are things that we’ve done after Vietnam, the Gulf War so this is not precedent setting in that regard,” he said, noting that there is an expectation for Congress to act just like it did in previous wars.

Plitsas explained how the act would help Afghans who arrived in the U.S. since the Taliban takeover:

The Afghan Adjustment Act calls for additional security vetting for the folks that are here and provides a pathway to legalization outside of humanitarian parole … .

It also will make adjustments to the special immigration visa program, because right now that’s averaging at least four years and people can’t afford to stay for that long.

The act would also “instruct executive departments and agencies to keep up with plans to deal with the other groups of Afghans that we made promises to,” according to Plitsas.

“Not only did it cost 13 young servicemen and women their lives – people who thought they were going home in a couple of days – but, we also lost a very strategic outpost in Bagram Air Base,” Miller-Meeks told The Daily Signal, noting this was a location where the U.S. could conduct counterterrorism operations and keep its eyes on Iran, Russia, and China.

The first term congresswoman and U.S. Army veteran also shared what the future holds for the terrorist-run country and for the rest of the world.

“There is still a war on terrorism. Just because we pulled out of Afghanistan doesn’t mean the war ended. It just means we’re no longer in Afghanistan and we don’t have those strategic assets that we need for that region,” Miller-Meeks said.

“Very much what we feared would happen is one of the reasons that those of us who are military veterans felt that we needed to stay in Afghanistan with the minimal number of military troops that we had there was that so we could prevent Afghanistan again being used a terrorist haven,” she said.

Toyota CEO Akio Toyoda talks about why he isn’t all-in on EVs — and what made him do a ‘happy dance’
MSNBC Asks Anita Hill if Pro-Lifers Are Chauvinist & Misogynist
NYTimes: ‘Bomb-Throwing’ DeSantis Hurricane Hypocrite For Shunning Fed Covid Guidance
The Home Depot Employee Clash With Management Over BLM Logo Offers a Lesson on Rights and Contracts
How Men Can Play Irreplaceable Role in Creating Culture of Life