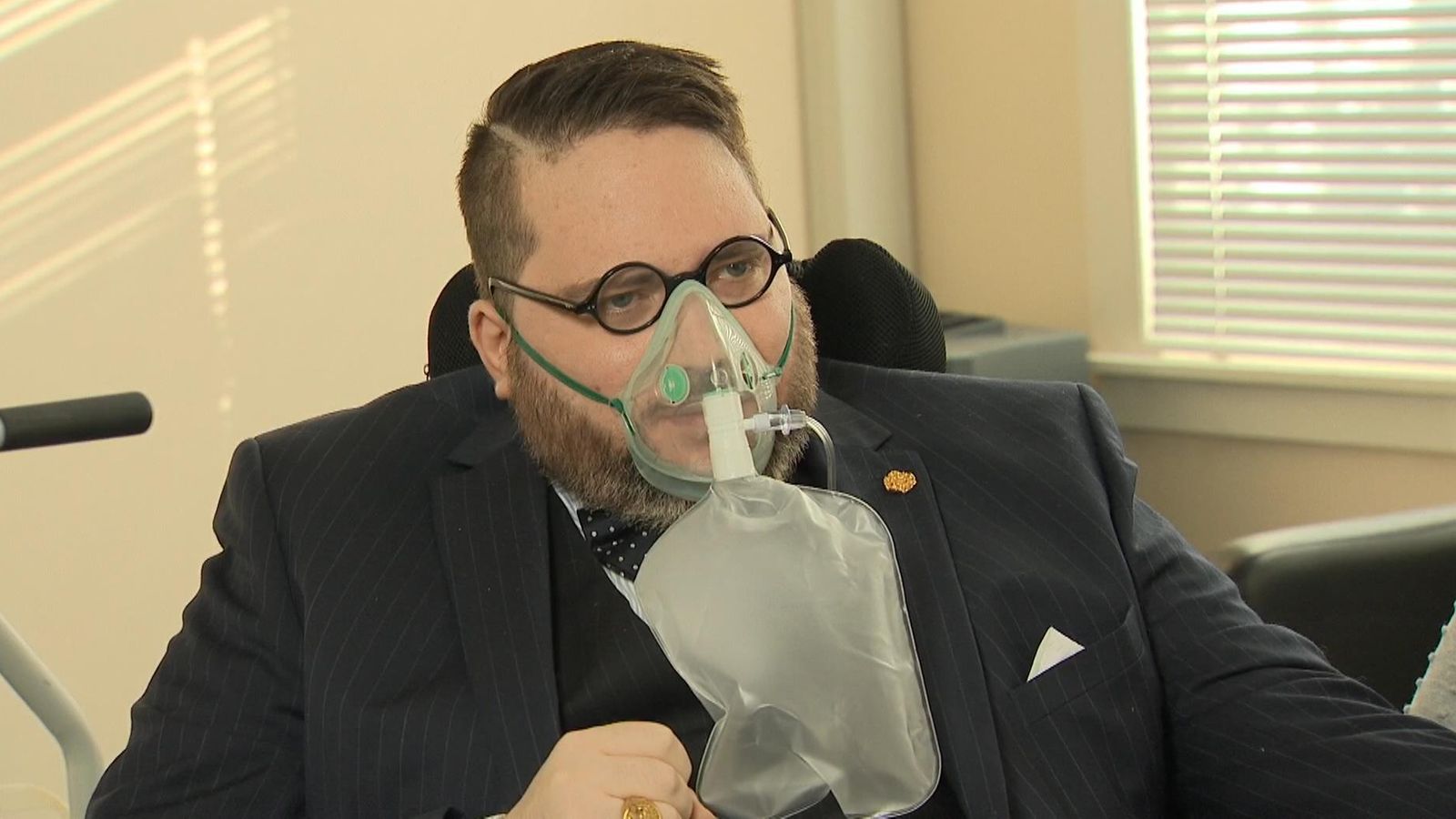 US detectives hunting a fugitive who they say faked his death and fled to Scotland told a priest to cancel a sham memorial mass.

Father Bernard Healy has told Sky News he received a phone call from a ‘woman’ sounding like Hyacinth Bucket, the character from the TV comedy Keeping Up Appearances, but police told him it was the fugitive using a “voice disguiser”.

Nicholas Rossi, whose aliases include Nicholas Alahverdian, is wanted in the state of Utah on rape charges.

US authorities believe he’s the man based in Glasgow calling himself Arthur Knight, who is now the subject of extradition proceedings.

Father Healey, the Pastor of Our Lady of Mercy Church in East Greenwich, Rhode Island, had come across Alahverdian as a youngster working at the Rhode Island State House.

Following reports of his supposed death in February 2020, he received a phone call from a woman claiming to be his widow.

He said: “It was a woman’s voice with an English accent and she was very strange. It was a name like ‘Evelyn’. She sounded like Hyacinth Bouquet (Bucket), a very high-pitched English woman’s accent.

“It was clear the call was from Europe and she wanted a memorial mass for him, would I have it at my parish Our Lady of Mercy?

“I said ‘Sure, that’s fine’ and I said ‘will you be coming’ and she said ‘Well, I’m in Switzerland with my children, I can’t leave Switzerland, I can’t be there.

“Subsequently, I got several emails from her with very detailed instructions of what music should be used, and it was quite grandiose music, not what you would have at a regular parish memorial mass, it would have needed the London Symphony Orchestra to do most of it, and a detailed email about who he was and what I should say in my remarks.

“Unbeknown to me, this person advertised it on a Facebook page and Facebook invited hundreds, if not thousands, of people to attend the mass, many of them current and former elected officials in the state of Rhode Island.

“Subsequent to that, I received a phone call from (a detective) at Rhode Island State Police, who said: ‘Father, he’s not dead, he’s faked his own death, and you can’t have the mass.

“The detective said to me he thought it was Nicholas using a voice disguiser, that it wasn’t a woman, that in fact it was Nicholas, and he hadn’t been married, and he probably wasn’t in Switzerland at the time. I believe Interpol was looking for him, and they thought he was somewhere in the British Isles.

“(The detective) said you have to cancel the funeral and not let anyone know that we spoke to you, we don’t want to tip his hand that we’re closing in on him, so to speak.

“I told him (Nicholas) I was out of town and we would have to reschedule. His response, at first, was ‘Oh, that’s too bad let’s try to reschedule,’ but then I said I don’t think I’m going to be able to, and then the emails became very abusive and angry and then I just cut off all contact.”

The man calling himself Arthur Knight was convicted earlier this week at Glasgow Sheriff Court of abusing medical staff in the city’s Queen Elizabeth University Hospital.

He has appeared, by video link, at the latest hearing in the US effort to have him extradited and the case was continued until next week.

Read more: Is this man a fugitive rape suspect who faked own death or victim of mistaken identity?

His lawyer, David Kinloch, said in court that his client’s mental health may be an issue which will have to be considered by a court.

A previous extradition hearing was told that fingerprints taken from ‘Arthur Knight’ matched those of Nicholas Rossi.

He insists he is a victim of mistaken identity.

Nets Yawn at Bloody Violence in Soros-Backed DA’s Philly
Pants on Fire: Liberal Media Mislead, Cheer Far-Left Students Protesting Youngkin on Trans Kids
Stopgap government funding measure reportedly includes around $12 billion related to Ukraine
Serial killer may be on loose in California after police link spate of shootings
An entire seafront levelled – no one expected Hurricane Ian to be so vicious and so damaging