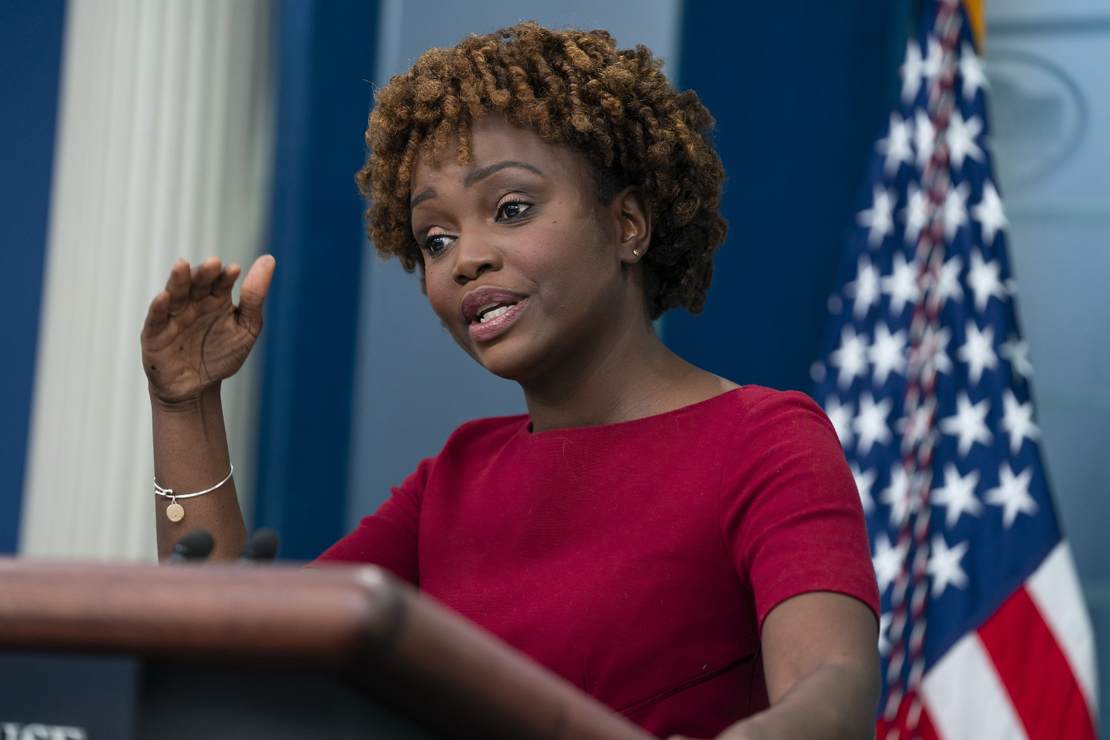 Since Roe v. Wade was overturned, many have been waiting for signs that the red wave in November would be canceled. As many of us at PJ Media have pointed out, that doesn’t appear to be happening. People are far more concerned with economic issues like inflation and gas prices to be motivated by abortion to go out and vote.

But, Democrats are still holding on to this idea that they can scare liberals who otherwise weren’t motivated to go to the ballot box in November to get off mommy’s couch and vote straight ticket Democrat. To accomplish this, we’re getting treated to a whole boatload of misinformation from the White House and the media.

“The Indiana Legislature took a devastating step as a result of the Supreme Court’s extreme decision to overturn Roe v. Wade and eliminate women’s constitutionally-protected right to abortion,” White House Press Secretary Karine Jean-Pierre said in a statement on Saturday. “And, it’s another radical step by Republican legislators to take away women’s reproductive rights and freedom, and put personal health care decisions in the hands of politicians rather than women and their doctors.”

Jean-Pierre called the law “near-total abortion ban.” Where have I heard that before? Oh, right, that’s the same language used by the Associated Press, which described the law as “a near-total ban on the procedure.”

Think that’s a coincidence? It’s not. Democrats want the public to believe that abortions are being “banned” in states like Indiana. In actuality, the law passed in the Hoosier State, which takes effect on September 15, would have zero impact on the vast majority of abortions.

It’s true. In addition to the usual exceptions for rape, incest, and life of the mother, the law only bans abortions after ten weeks’ gestation. According to the pro-abortion Guttmacher Institute, 89% of abortions are performed in the first 12 weeks of pregnancy, and only 1.3% are performed after 20 weeks. So, we’re only talking about a tiny percentage of abortions that are actually restricted by this law.

Yes, Democrats think abortion is sacrosanct, and you can’t restrict it in any way, shape, or form, but a majority of Americans are actually okay with this restriction. According to Gallup, six in 10 ten adults believe abortion should be legal in the first trimester (12 weeks), while only 28% support abortion in the second trimester. Just 13 percent support abortions in the last trimester.

So, the Indiana law reflects mainstream views, and abortion statistics prove that most abortions would not be impacted by the law.

Despite these facts, the White House has to create the impression that abortion is being “near-totally” banned in order to give Democrat voters cause to come out and vote in November. Jean-Pierre called on Congress to “act immediately” to codify Roe v. Wade, while also reiterating Joe Biden’s commitment “to taking action to protect women’s reproductive rights and freedom, and access to care they are afforded under Federal law.”

This is a ruse.

Trust me when I tell you that you’ll be seeing a lot of deception on this issue—particularly over the next three months. The Associated Press dubbed this 10-week ban a “near-total ban” on abortion, which is the same language used by the media for Idaho’s ban on all abortions except for in the cases of rape, incest, and life of the mother. The differences between Indiana law and the Idaho law are huge, yet the media describes them the same way.

Think that’s a coincidence? It’s not.

You’re not going to get accurate information from the media about how states are restricting abortions. The best source I can recommend is LifeSite’s interactive state tracker, which will tell you what restrictions each state is imposing and the status of each.

What I’m Seeing on Texas’ Border With Mexico
Woman gets jail sentence for making 10 false rape claims against 2 men
Jordan Peterson tears up after Olivia Wilde mocks him as hero of ‘incel community’: ‘I thought the marginalized were supposed to have a voice’
The Fed Is Piloting a Chinese-Style Social Credit Score–And Your Bank May Be In on It
Remember the Ice Bucket Challenge? It actually accomplished something.