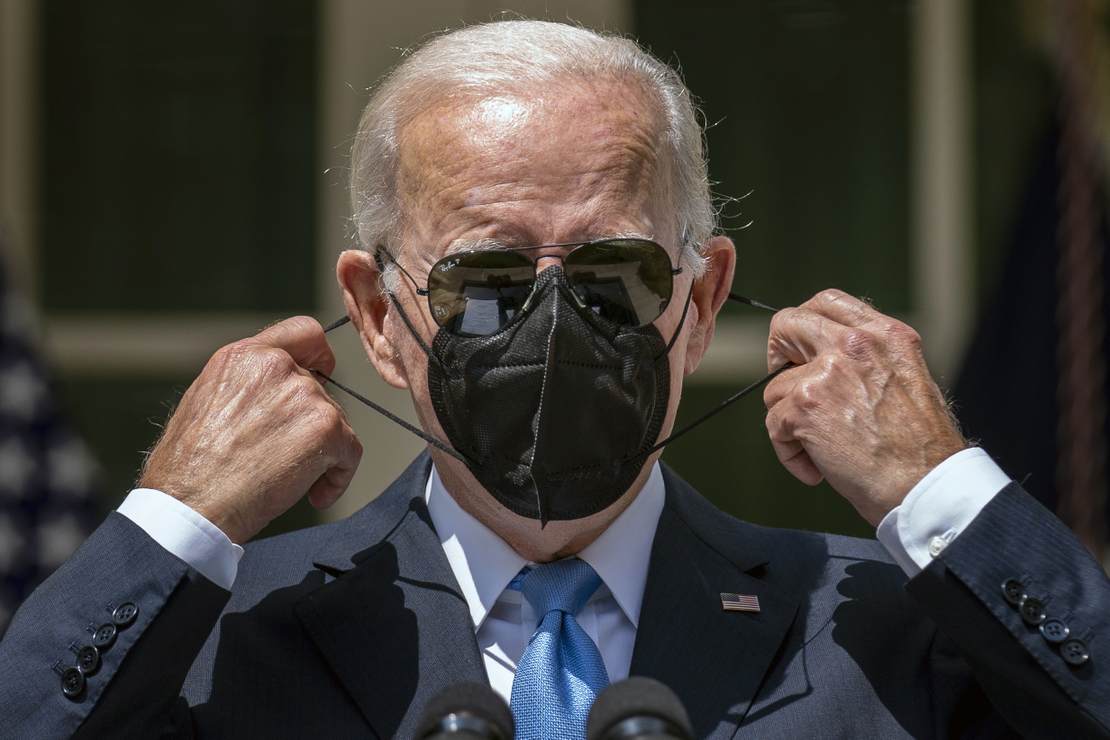 Joe Biden has arguably had the best week of his presidency since his botched withdrawal from Afghanistan last year. While rumors that he managed to go to the bathroom by himself are unsubstantiated at this time, in the past week, the United States managed to kill al-Qaeda leader Ayman al-Zawahiri for the fourth and perhaps final time, and thanks to the caving of Sens. Joe Manchin (D-W.Va.) and Kyrsten Sinema (D-Ariz.) the so-called Inflation Reduction Act has passed, leaving no doubt that it will ultimately be signed into law, where it will go on do to nothing to address inflation. He also appears to have finally gotten over his Paxlovid Rebound COVID-19.

On top of this, the most recent jobs report shows that about 528,000 jobs were added in July, and unemployment was nudged down to 3.5%. Meanwhile, gas prices have continued to go down — they’re still above $4/gal, but at least they’re heading in the right direction (though not because of anything Biden has done).

As expected, Biden’s White House handlers have rolled him out of bed to take credit for all the relative glories of the Biden era, but, unfortunately for him, there’s not much else for him to be grateful for.

Related: The Media Still Hopes Abortion Will Save the Democrats. It Won’t.

Now, forgetting that the Inflation Reduction Act will actually increase inflation or that the jobs report was loaded with some not-so-good news about the economy, including the still low labor force participation rate, there’s another big reason Joe Biden shouldn’t be off to the ice cream stand for another celebratory cone. According to the latest ABC/Ipsos poll, Americans are collectively yawning at the recent developments and basically conclude that he still sucks. In fact, he sucks so bad that fewer people dislike Amber Heard — maybe because she only crapped the bed, not the entire country.

Look at the following ratings — he’s got 60%-plus disapproval on his handling of virtually all the issues people care about: inflation, immigration, the economy, crime, gun violence, and gas prices — even though his approval on gas prices has improved, up 7 points to 34%, which is still really, really bad.

Despite the recent decline in gas prices, 69% of Americans believe the nation’s economy is getting worse, and only 12% say it’s getting better. It’s almost as if trying to redefine “recession” doesn’t actually work.

Think the bad news for Biden is over yet? It’s not.

According to the poll, Republicans have the edge in enthusiasm for voting in the upcoming midterm elections in November, with 75% reporting that they’re either “very” or “somewhat” enthusiastic about voting, compared to 68% of Democrats.

So, despite this generally positive week for Biden and the Democrats, the American people aren’t swayed. There isn’t much time left for them to turn things around, and conventional wisdom says it’s already too late.