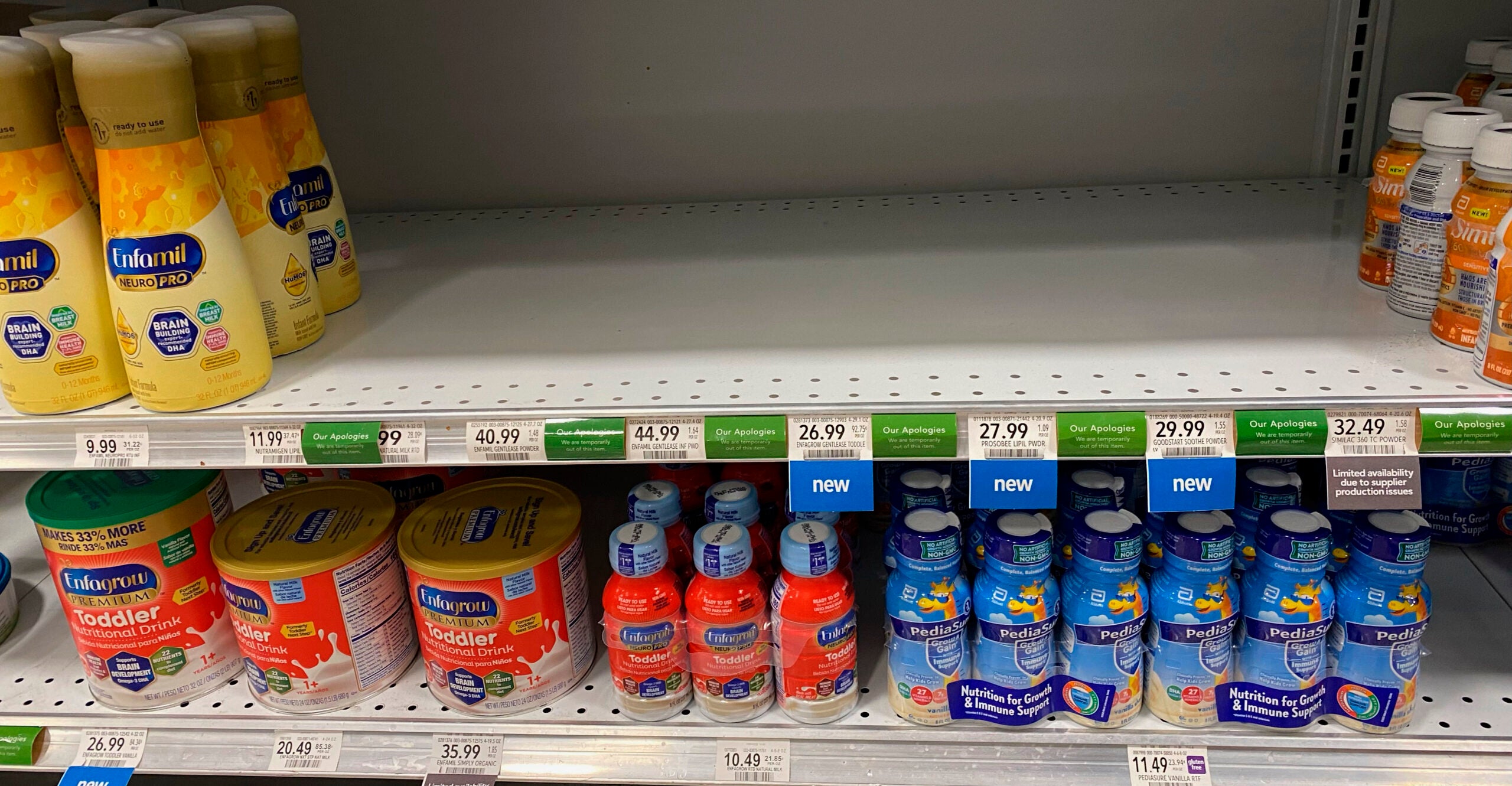 Having given up fixing the economy, President Joe Biden and his handlers are instead fixing the dictionary.

The recent announcement of two consecutive quarters of economic contraction—the traditional start of a recession—is the result of the policies championed by Biden and his allies in Congress.

Unprecedented money printing and federal spending make it harder for businesses to rebuild, leading to empty store shelves and out-of-control prices. Years of these left-wing policies have progressively gummed up the engines of our economy, and we’re all now paying the price.

Instead of facing reality and stopping the damage, Biden and congressional Democrats have announced yet another legislative package filled with even more pork and misguided policies.

The Biden administration pretends it’s not happening and has opted for tone-deaf nitpicking over the definition of a recession.

Faced with the news that the economy shrank through the first half of the year, the Biden administration encouraged economists to look “holistically” at the economy before declaring a recession. This desperate quibbling over the definition of a recession is just the most recent fiddling while the economy burns. Rest assured, no one watching their dwindling savings and skyrocketing food prices is concerned with Biden’s holistic definition of recession.

Holistic or not, a recession is a period of economic contraction—a period where people have access to fewer goods and services and where standards of living are declining. That is exactly what is happening right now: Real average weekly earnings have dropped 3.9% in the last year as inflation has completely outpaced nominal wage growth.

On average, each American worker is seeing a $3,400 inflation tax that has been driven by the Fed printing trillions of inflationary dollars to cover reckless federal spending. At 9.1%, inflation has persisted at 41-year highs while gas prices set records this year.

These are just some of the manifestations of the scourge of inflation, fed by reckless federal spending, that is eating away at the middle class.

Regular Americans understand what the administration won’t admit: In a recent poll, 81% of Americans believe we are either already in a recession or about to be. Though Biden may not have noticed, the vast majority of Americans have made a holistic analysis of the economy and know what’s happening.

Perhaps the most telling new statistic is the 13.5% drop in real investment. Investment is the fuel for accelerating our economic engines—without which wages will fall and job opportunities will dry up. Investment provides workers with the innovative tools that lead to rising standards of living through increasing productivity.

Biden had the audacity to characterize business investment falling off a cliff as “signs of economic progress”—perhaps indicating his preference for a larger and more economically invasive role for government.

Adding to this disaster, Biden’s policies to pay people not to work have doubled down on the recession. Before the pandemic, the labor force participation rate stood around 63.4% during the end of Trump administration. Now this rate is at 62.2%—having declined another 0.1 percentage point since May. In fact, our economy is missing roughly 3.3 million workers due to these policies.

The dramatic fall in investment and labor force participation signal that it is unlikely we’ll get back to the economic highs of the Trump era anytime soon.

While our economy burns, Biden has been fiddling with not just the definition of a recession, but with more policies to double down on the crisis. Biden and congressional Democrats have unveiled the next iteration of their attempt to further derail the economy.

Their newest legislative agenda would increase near-term inflation, impose crushing taxation on businesses, and would funnel hundreds of billions of your dollars to their green industry cronies.

Albert Einstein once warned that “insanity is doing the same thing over and over again and expecting different results.” We’ve already tried creating $6 trillion new inflationary dollars, running the national debt up to $30.6 trillion, increasing tax burdens, regulations, and the size government.

All it has brought us is 41-year high levels of inflation, falling real wealth and incomes, an unprecedented labor shortage, and now a recession.

It’s time to change course and reject this latest push to expand the size and scope of government. Instead, we should reaffirm our commitment to the limited government principles that have allowed the American people to flourish and build the greatest nation on Earth.