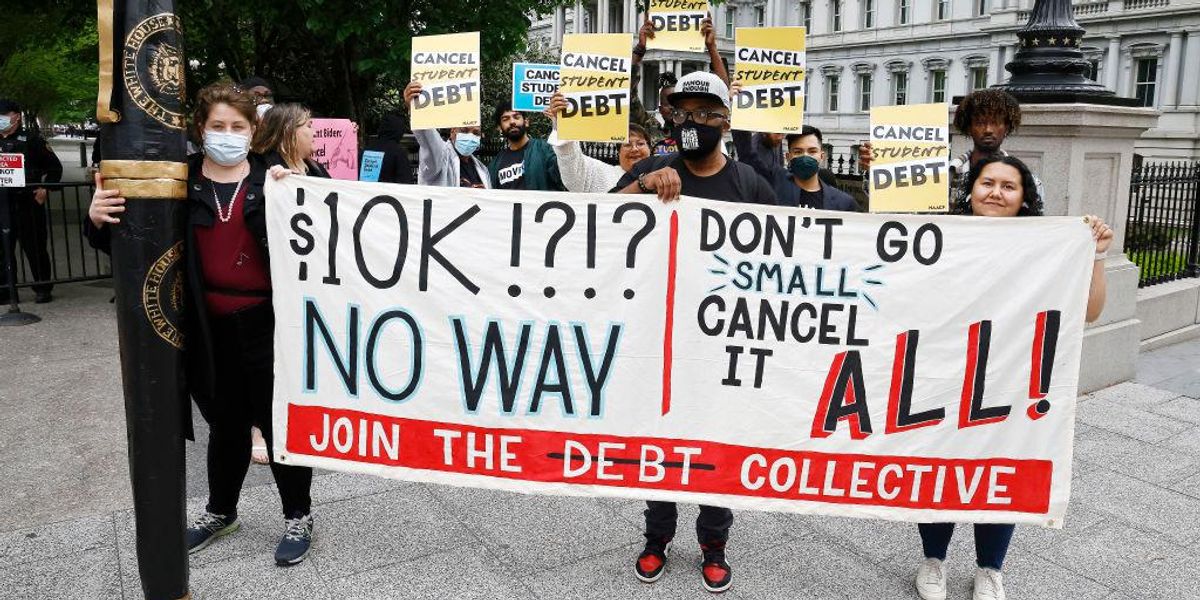 The ongoing federal student loan forbearance that was initiated during the height of the COVID shutdowns might result in a $197 billion loss. According to the Government Accountability Office (GAO), a federal watchdog, this loss includes all loans issued in the last 25 years.

Student loan payments have not been required for borrowers for nearly two years. The relief program not only waived the monthly fees but enacted a 0% interest in the meantime.

The program was initiated by President Donald Trump and continues under President Joe Biden. There have been 26.78 million borrowers with loans in forbearance since March 2020. Presently, payments are scheduled to resume on August 31.

The GAO estimated that loans created between 1997 and 2021 would cost $9 for every $100 lent by the federal government. Expectations prior to the forbearance predicted the loans would profit $6 for every $100 distributed.

Mark Kantrowitz with the GAO noted, “There have been several changes to the federal student loan programs, including the payment pause and interest waiver, that have increased the cost of the program, swinging it from a profit to a loss.”

The exact details of the plan are still being discussed and are subject to change. However, realizing the financial burden debt relief would place on taxpayers, Democrats and Republicans are pushing back on the idea.

According to Forbes, the president has already canceled $25 billion in student loan debt.

White House spokesperson Vedant Patel stated, “No decisions have been made yet. But as a reminder, no one has been required to pay a single dime of student loans since the president took office.”

Committee for a Responsible Federal Budget, a nonpartisan think tank, estimated that a relief program this size would cost at least $230 billion. In contrast, CNCB speculated that the forgiveness program could cost $321 billion, depending on the fine print. Regardless of the final number, the cost of student loan forgiveness would be on the backs of every taxpayer.

President Joe Biden is set to announce his decision regarding federal student loan debt relief within the coming weeks.

CNN panel panics that FBI raid on Mar-a-Lago will help Trump in 2024 election: ‘A very good day for Donald Trump’
Tin Foil Haturday: The Left Accuses Trump of Stealing Nuclear Secrets Weeks After NYC Releases ‘Nuclear Attack’ Video. Coincidence?
Johnny Depp lands first big film role after court win over Amber Heard
Students and staff in the School District of Philadelphia will be required to mask for the first 10 days of school
Ford raises price of electric F-150 Lightning by up to $8,500 due to ‘significant’ battery cost increases