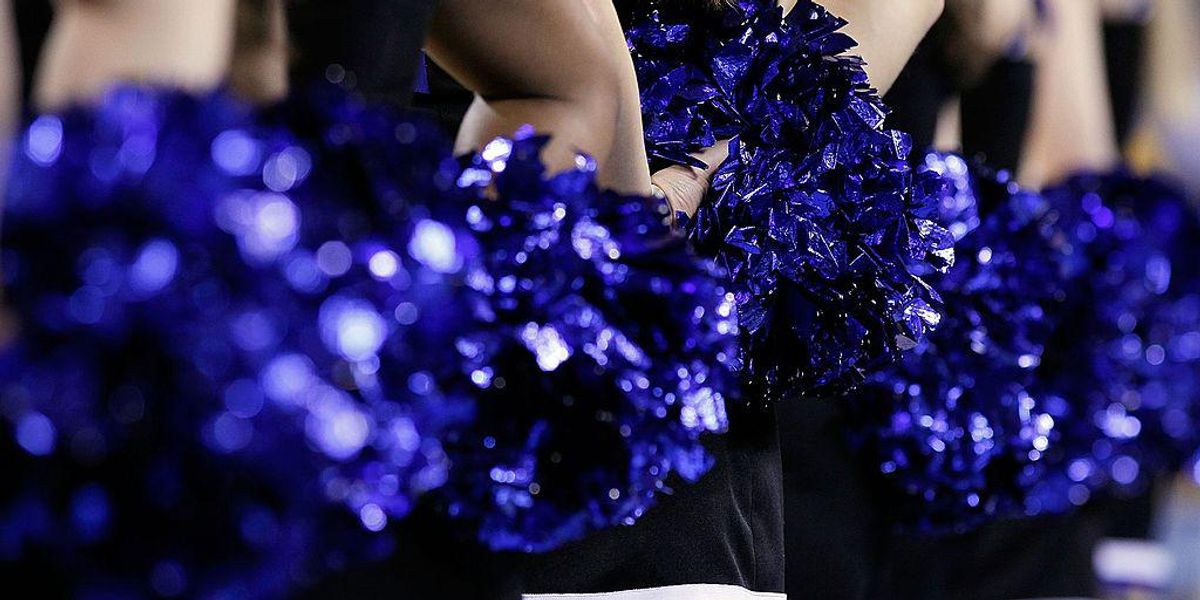 A transgender cheerleader – who was born a biological male – was kicked out of a summer cheerleading camp in Texas for reportedly choking a female teammate. The trans cheerleader claims that the teammate made “transphobic” comments.

Transgender cheerleader Averie Chanel Medlock, 25, was booted from the cheer camp at Ranger College for allegedly assaulting a female cheerleader.

Early morning on July 22, Medlock and another cheerleader only identified as “Karleigh” got into a verbal altercation.

Fox News reported, “Medlock alleges that a teammate made transphobic and racist remarks before the altercation, with cell phone video showing other cheerleaders hiding in a room from an agitated Medlock.”

Well guys I’m officially retired as a cheerleader as of last night at 5:30 AM. A girl on the team was being very disrespectful and told me I am a MAN with a PENIS and that [guys] should not be on the team. I stood up for myself and she called her mom and dad because she was scared because I [stood] up for myself. Her father said ‘she still has testosterone and a penis and I will kill anyone who comes after my daughter.’

Medlock posted a video on social media, where she went to the door of Karleigh’s room and reportedly said, “If anyone has a problem, come address it to my face like an adult.”

Karleigh contacted her dad about the incident, and claimed that Medlock choked her.

Karleigh’s father posted a message about the incident on social media, “I ask you what you would have done when receiving a phone call at 1 o’clock in the morning from your daughter stating they had locked themselves in the room with other girls, after this person said You want to fight, and proceeded to put their hands around my daughters neck.”

When police purportedly questioned Medlock about putting her hands on the other cheerleader’s throat, Medlock said she was only joking.

KTAB and KRBC obtained a copy of the criminal citation, and noted “that it was a misdemeanor citation for Assault by Physical Contact.” The Texas media outlets confirmed with the Eastland County District Attorney’s Office that the citation was issued for unwanted physical contact.

After the citation was issued, Medlock was kicked out of the cheer camp and asked to leave the Ranger College property.

Medlock claims that the college and her cheerleading coach didn’t ask for her side of the story regarding the alleged assault.

Medlock admitted that everyone at the college knew she was transgender and that they were very welcoming to her prior to the incident.

Medlock allegedly was able to participate in the cheerleading camp by changing her name about a month before the camp began.

Ranger College issued a statement, “Ranger College takes all allegations of this nature seriously and is committed to providing a learning environment free from discrimination. At this time, Ranger College is following all applicable Title IX regulations and Board Policies.”

China’s Taiwan War Games Become Latest Threat To Backlogged Global Supply Chain
Biden Admin Floats Economy ‘In a Transition’ Because, Why Not?
Tin-foil Haturday: Monkeypox, Fentanyl, and The Skullduggery of Joe Biden (or Whoever Is in Charge)
Why Biden Will Likely Forgive Some Student Loan Debt
Consumers beyond done with Beyond Meat? Vegan food company’s stock tanks, trial with McDonald’s flops