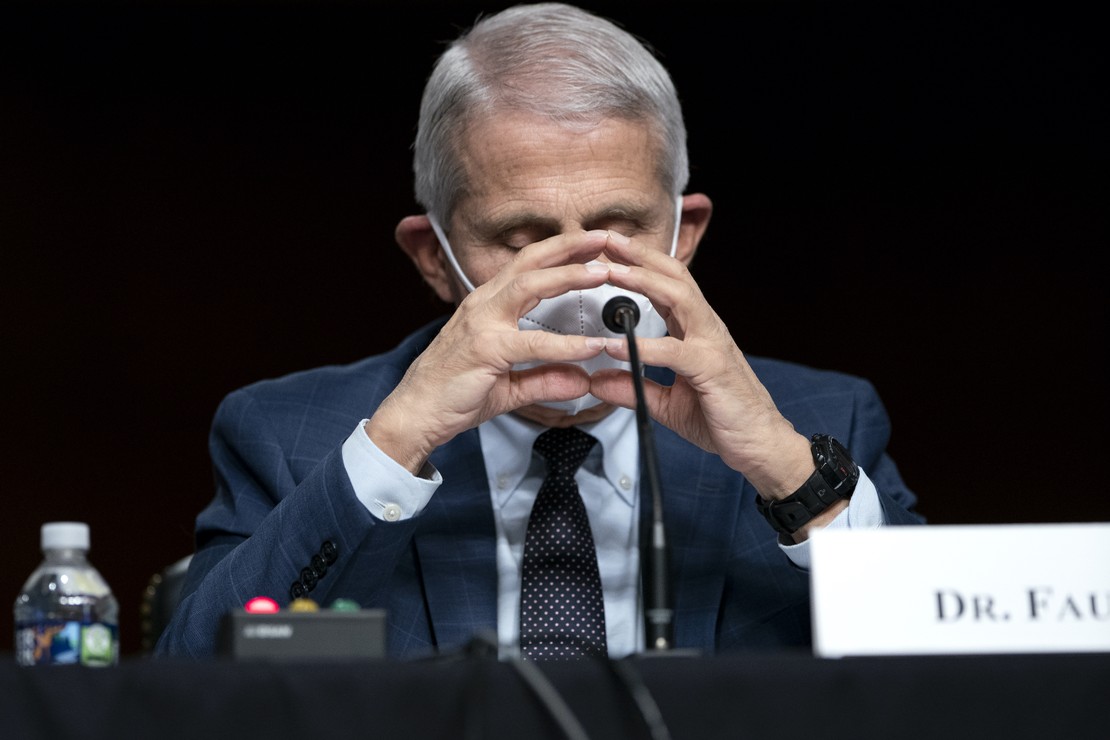 Dr. Anthony Fauci, director of the National Institute of Allergy and Infectious Diseases and Joe Biden’s chief medical advisor, will leave the post he’s held for decades at the end of Joe Biden’s term. With one foot out the door, Fauci has an eye on repairing his legacy, which has been brutally beaten by the COVID-19 pandemic.

Earlier this month, he admitted that the current COVID vaccines “don’t protect overly well” against infection and that we need “we need vaccines that protect against infection.” This admission came after a year and a half of Fauci pushing for universal vaccinations, even for kids who are not at high risk from COVID. His universal vaccine approach led him to move the goalposts on herd immunity repeatedly. Yet he had the arrogance to claim that anyone criticizing him was dangerous because he represents “science.”

This week that he conceded having some regrets about the COVID pandemic.

“If I knew in 2020 what I know now, we would do a lot differently because back then, we were not sure of a number of things,” he said on HillTV’s Rising with Batya Ungar-Sargon.

Don’t get too excited. He hasn’t had an epiphany the way you hoped he would.

“We know now, two and a half years later, that anywhere from 50 percent to 60 percent of the transmission occurs from someone without symptoms, either someone who never will get symptoms or someone who is in the pre-symptomatic stage,” Fauci said. “Had we known that then, the insidious nature of spread in the community would have been much more of an alarm, and there would have been much, much more stringent restrictions in the sense of very, very heavy, encouraging people to wear masks, physical distancing or what have you.”

More masking? Really? In February 2020, Fauci admitted that those typical store-bought masks aren’t effective at keeping out the virus. “Masks are really for infected people to protect them from spreading infection to people who are not infected rather than protecting uninfected people from acquiring infection,” Fauci wrote in an email that was released via FOIA request. “The typical mask you buy in the drug store is not really effective in keeping out the virus, which is small enough to pass through the material.”

Despite this, Fauci is now claiming that masks were a silver bullet that government didn’t implement as strictly as they could have. Is he serious? In the beginning, people masked up, social distanced — the whole works. it didn’t stop transmission. Studies have shown that masking, social distancing, and lockdowns didn’t prevent transmission.

“I think the masking situation is one that is really critical that would have been done differently. First of all, we did not fully appreciate that a well-fitted K95 or NK95 mask is much, much better than a cloth mask and to wear a good mask, the data now is very clear that masks are very good at preventing both the acquisition of and transmission of infection,” Fauci said.

Studies suggest otherwise. But if masks really don’t do anything, what exactly are the “much more stringent restrictions” that Fauci wishes he’d done?

I believe he really wanted to say he would have recommended stricter lockdowns. Fauci is a longtime proponent of lockdowns and claimed earlier this year, without evidence, “they certainly prevented a lot of infections, prevent a lot of hospitalizations, and prevented a lot of deaths. There’s no doubt about that.”

Despite his evangelism for lockdowns, in the same interview, Fauci tried to absolve himself of responsibility for our lockdowns.

“I didn’t recommend locking anything down,” he insisted to Ungar-Sargon. “You’re, you’re asking me questions… you’re talking about…The CDC is the public health agency that uses their epidemiologists and their science-based approach to make recommendations…”

However, the evidence of Fauci’s role in locking down the nation is overwhelming — in fact, he called pushing for lockdowns the “most crucial” recommendation he made to President Trump.

“t wasn’t my decision that I could implement. And when it became clear that we had community spread in the country, with a few cases of community spread — this was way before there was a major explosion like we saw in the Northeastern corridor driven by New York City metropolitan area — I recommended to the president that we shut the country down,” Fauci said. “Unfortunately, since we actually did not shut down completely the way China did, the way Korea did, the way Taiwan did, we actually did see spread even though we shut down.”

And there it is. Fauci wished we could have shut down like China, Korea, and Taiwan did. Does Fauci really believe this is the position that will save his legacy? We should have had stricter lockdowns?

Good luck with that, Fauci.