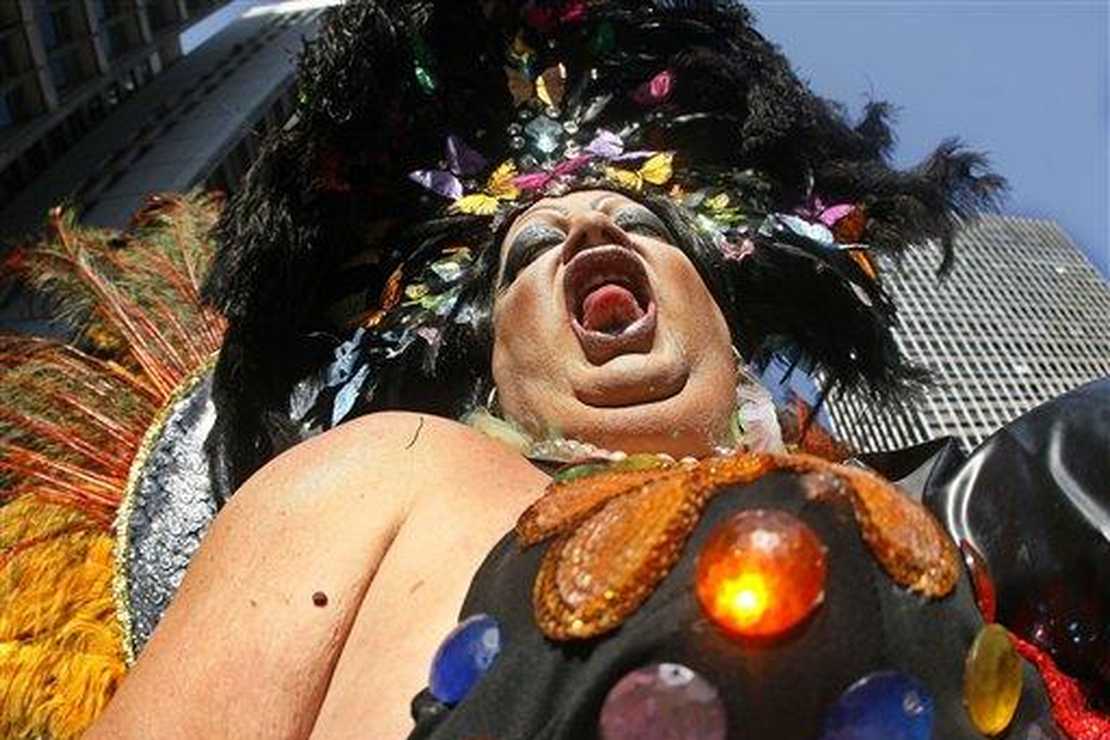 It’s time to have this conversation, folks. It’s time to talk about kink. First, so we are clear on what I mean by the word “kink,” I’m defining it as any sexual fetish you might have. I don’t want to know about your kink and I sure as hell don’t want to see it on a public street. Putting your sexual titillations out there in the public without getting everyone around you to give you permission to share such a thing should be considered assault. I didn’t ask to see you in a dog mask crawling on your knees barking and panting. My kid sure didn’t ask to see that either. So why are you doing it?

The same people who natter on about “consent” at every opportunity don’t care one bit if the general public on the street consents to their public displays of sexual activity and fetishes during the dreaded Pride Month (which seems to drag on forever).

“Biden has appointed a dog fetish drag queen to head America’s leading nuclear agency” I don’t get it. How is HE supposed to decide between much more complicated questions if a two choice answer was hard to answer for HIM. pic.twitter.com/ZSaSsR6X2n

I also didn’t give anyone permission to break decency laws in front of me or my family by waltzing around topless or in thongs or buttless chaps, but here we are. Thankfully, June is over–but when Pride Month is in full swing, you might see any of these things on your public streets at any time under the banner of a “Pride” parade. But there’s not much to be proud of when adults have so little concern for children that they have no care for what’s appropriate if it interferes with their “fun.”

This is “pride” Drew ? -this and things like this is really what it is all about ? pic.twitter.com/HxRagjQxpj

We’ve heard for years and years that Pride is perfectly family-friendly–and yet every June videos like the one above circulate and yet no one in law enforcement does anything to stop it. Laws are being broken—public decency laws, contributing to the delinquency of minors laws, public nudity laws, and probably a whole bunch of other laws that no one seems to want to enforce. Why? Is it because the people breaking those laws are on the protected rainbow of LGBTQWTF untouchables? They can’t be held accountable for their actions because…SHUT UP, BIGOT!

This has all gone too far. No one cares if anyone is gay anymore. It’s literally the most boring announcement on the planet and it gets met with indifference at this point. There is no need for parades down the street “celebrating” being out. You’re here, you’re queer, and everyone is f*cking sick of it.

I’m not going to pretend like any of this oversharing is normal and fine. I’m not giving up the right that families have to walk down a public street in June unmolested by indecent acts in front of their children. And I’m not alone. Gays Against Groomers is loudly and proudly on the side of calling out this kind of degeneracy and standing against it.

“Children do not belong anywhere near half naked, kink-obsessed pride events,” wrote Jaimee Michell, founder of the group joining parents to combat the debauchery.

Children do not belong anywhere near half naked, kink-obsessed pride events. In a sane world, parents that drag them there would be contacted by CPS. #GaysAgainstGroomers https://t.co/YtbxSXhfor

The public square is for everyone, including children. They matter. Their childhoods matter, and families who want their children to not be confronted with kinks and fetishes in the street have a right to say, “Enough!” Law enforcement needs to start doing its job and arresting anyone breaking public decency laws. Like this idiot here:

A man twerks for children at a “family-friendly” pride event in Minnesota pic.twitter.com/tDfyGL7BYX

Even in Los Angeles there are public decency laws.

“Lewd” conduct involves touching private parts – whether yours or someone else’s – for the purpose of sexual gratification or to annoy or offend another person. Section 647(a) criminalizes “lewd or dissolute” sexual behavior when you know (or should know) that someone who might be offended is present.“

Shouldn’t the presence of children on a public street be enough to trigger this law? Any reasonable person should know that a child might be offended by seeing this debauchery.

The other day on my live stream, a woman named Amber wanted to come on and confront me about my position on this. Amber says she’s “gay with a trans husband” and has raised her children in “queer communities” (including taking them to drag shows and pride events), and she sees nothing wrong with kink in public. If this is what we are up against, there is no middle ground between us and them. There is nowhere to compromise between “children should be protected from sexual behavior,” and “who cares if kids see kink?”

How do we continue to live alongside this kind of mentality? Click through to the Twitter thread to see several clips of this conversation. It will blow your mind.

This right here is why we can’t have nice things. I don’t want to “get” leather fetishes and sexual kink in front of kids…EVER. @againstgroomers @NotMikeHarlow How do you like people like this defining gay culture as sex fetishes in public? pic.twitter.com/g8t0lJhukE

If this is the majority opinion among the so-called gay community, I don’t know how we can reconcile it. It will only get worse, which seems impossible. This train is headed for a major derailment. Sensible gay people need to get loud about this now (join Gays Against Groomers) and stop the weirdos in the community from doing these things around children anymore. Parents aren’t going to let it continue without a massive backlash that has begun but hasn’t even gotten close to its peak. I’m afraid when the fear wears off and the protective instincts kick in, the backlash is going to be fierce, unpleasant, and have lasting ramifications.

Be sensible. Stop this now before we get to the point of no return.