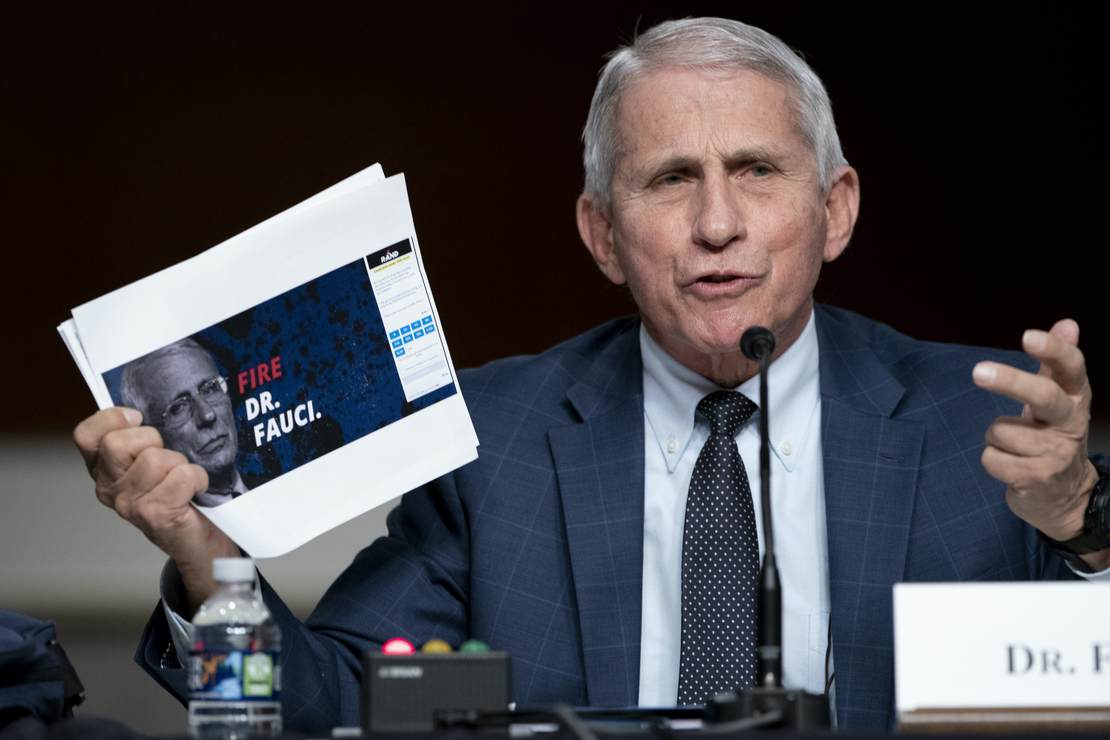 In 2020, Dr. Anthony Fauci claimed there was “no scientific evidence the coronavirus was made in a Chinese lab.” He even dismissed the theory that COVID-19 was found in nature, brought to a lab, then escaped.

Fauci publicly refuted the man-made virus theory for over a year, yet, according to emails released by FOIA request last year, we learned that Fauci had been told in the early days of the pandemic that COVID-19 had “unusual features” that “potentially look engineered.”

Despite the evidence that COVID-19 was potentially engineered, to this day, Fauci is using his credibility (or what little is left of it) to support the nature-origin theory over the lab-leak theory — but told Fox News that he’s keeping an “open mind” about the lab-leak theory.

“We have an open mind but it looks very much like this was a natural occurrence, but you keep an open mind,” Fauci told Fox News Special Report host Bret Baier.

Baier pointed out that in past emails with top scientists that have been released, Fauci had dismissed the lab leak theory as a “shiny object” that would “go away.”

“Bret, I know you’re a good person,” Fauci responded. “I’ve known you a long time. If you take a group of emails where people are considering and thinking out and you stop there and don’t look at the weeks of careful examination by those same people that wrote the emails and then you say now that we’ve looked at it in the published peer review literature they explain very clearly why they think it’s a natural occurrence.”

Fauci insists that just because “more people [are] saying” that the virus originated at the Wuhan Institute of Virology “doesn’t mean there’s more evidence of it.”

But Fauci has often tried to soften his past position on COVID being found in nature by claiming he’s not convinced of it.

“No, I’m not convinced about that. I think that we should continue to investigate what went on in China until we find out to the best of our ability exactly what happened,” Fauci said during an interview last year. “Certainly, the people who’ve investigated it say it likely was the emergence from an animal reservoir that then infected individuals, but it could’ve been something else, and we need to find that out. So, you know, that’s the reason why I said I’m perfectly in favor of any investigation that looks into the origin of the virus.”

But this was the exact opposite position than the one he’d held for a year prior, and just a couple of months before while saying the evidence didn’t convince him of COVID originating in nature, he disputed the Wuhan lab theory, contradicting the former head of the Centers for Disease Control and Prevention, Dr. Robert Redfield.

However, there’s lots of evidence he tried to cover up the lab-leak theory, and the most likely explanation for this is that Fauci was trying to protect himself. On his watch, the National Institute of Allergy and Infectious Diseases may have funded “controversial ‘gain of function’ research where coronaviruses were made ‘more infectious in humans’” at the Wuhan Institute of Virology.

Fauci clearly can’t decide what to say to preserve his legacy — and I highly doubt there’s anything he can do to undo the damage he’s done.