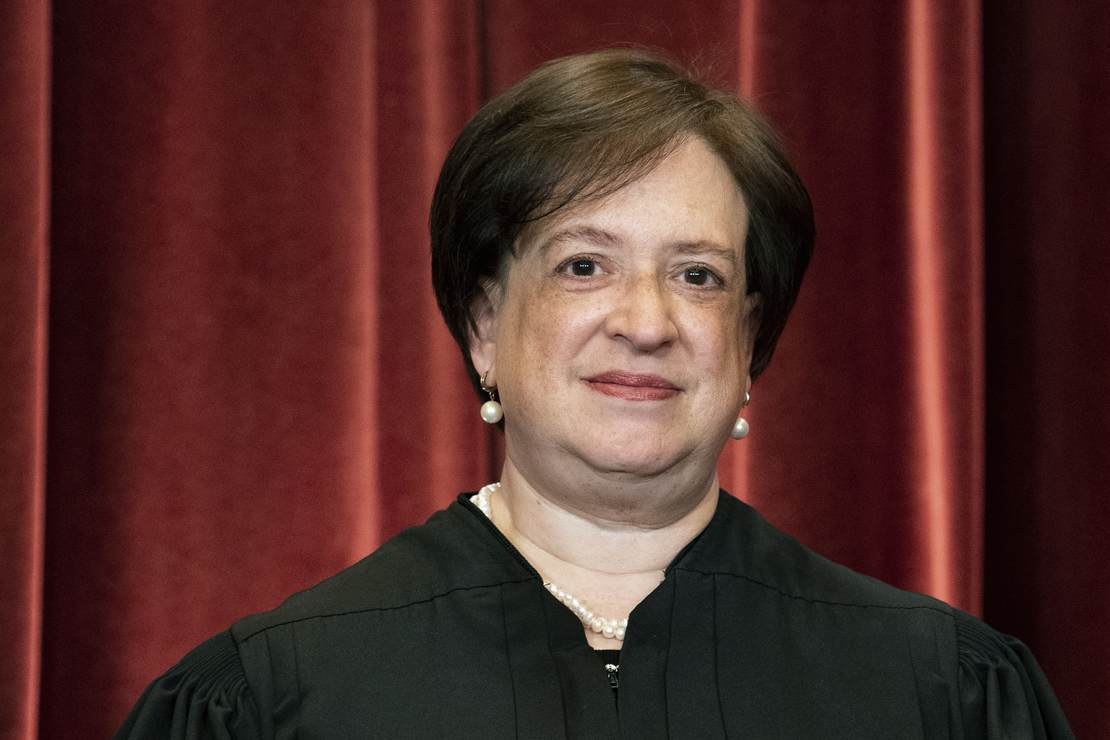 Democrats have often called on conservative justices on the Supreme Court to recuse themselves from cases, resign, or be impeached over some grievance they have regarding a case before the court. Most recently, they’ve called for Justice Clarence Thomas to be impeached because he didn’t recuse himself from hearing a case regarding the Capitol riot. Critics say that he had a conflict of interest because his wife, Virginia “Ginni” Thomas, was allegedly in communication with Trump administration officials prior to the riot.

Hey, I didn’t say it made sense; that’s just the bizarre reasoning of the left.

Of course, the left’s hypersensitivity to alleged conflicts of interest didn’t cause them to call for Justice Elena Kagan to recuse herself from any cases involving Obamacare even though, before serving on the Supreme Court, Justice Kagan was solicitor general for the Obama administration and played a major role in defending the constitutionality of Obamacare.

According to 28 U.S. Code § 455, “Any justice, judge, or magistrate judge of the United States shall disqualify himself in any proceeding in which his impartiality might reasonably be questioned.” One such example is “Where he has served in governmental employment and in such capacity participated as counsel, adviser or material witness concerning the proceeding or expressed an opinion concerning the merits of the particular case in controversy.”

Yet, despite this clear conflict of interest, she cast votes on multiple Supreme Court cases on Obamacare. Many legal experts believed she shouldn’t have done so, yet no one on the left called for her to be impeached.

While she managed to avoid impeachment for repeatedly violating 28 U.S. Code § 455, she should be impeached over an outrageous statement she made this week when she claimed that the legitimacy of the Supreme Court depends on how it conforms with public opinion.

In other words, she argued that the Supreme Court should care more about polls than the Constitution.

“I’m not talking about any particular decision or even any particular series of decisions, but if over time the court loses all connection with the public and with public sentiment, that’s a dangerous thing for a democracy,” she said at a judicial conference in Montana. This was the first time she’s spoken in public since the Dobbs v. Jackson Women’s Health Organization ruling was released, and she expects us to believe that she wasn’t speaking about a “particular decision.”

According to Kagan, “the way the Court retains its legitimacy and fosters public confidence is by acting like a court; is by doing the kinds of things that do not seem to people political or partisan.”

On its face, this statement is correct, but who decides this? As Justice Samuel Alito wrote in the majority opinion in Dobbs, when the Supreme Court ruled on Roe v. Wade in 1973, they single-handedly created a constitutional right to abortion that didn’t exist. The Constitution, Alito wrote, “makes no reference to abortion, and no such right is implicitly protected by any constitutional provision.” He also explained that Roe v. Wade was “egregiously wrong from the start” and that its reasoning “was exceptionally weak.”

In other words, the ruling in Roe v. Wade was an example of the court being political and partisan — as opposed to the ruling in Dobbs v. Jackson. Of course, not everyone sees it that way, so perhaps, since there is no objective standard for what is political or partisan, maybe the court should ignore public opinion altogether and just make rulings based on the Constitution.

That a Supreme Court justice would ever argue that public opinion should dictate rulings is just hard to wrap my head around. I wish we could impeach her for that.