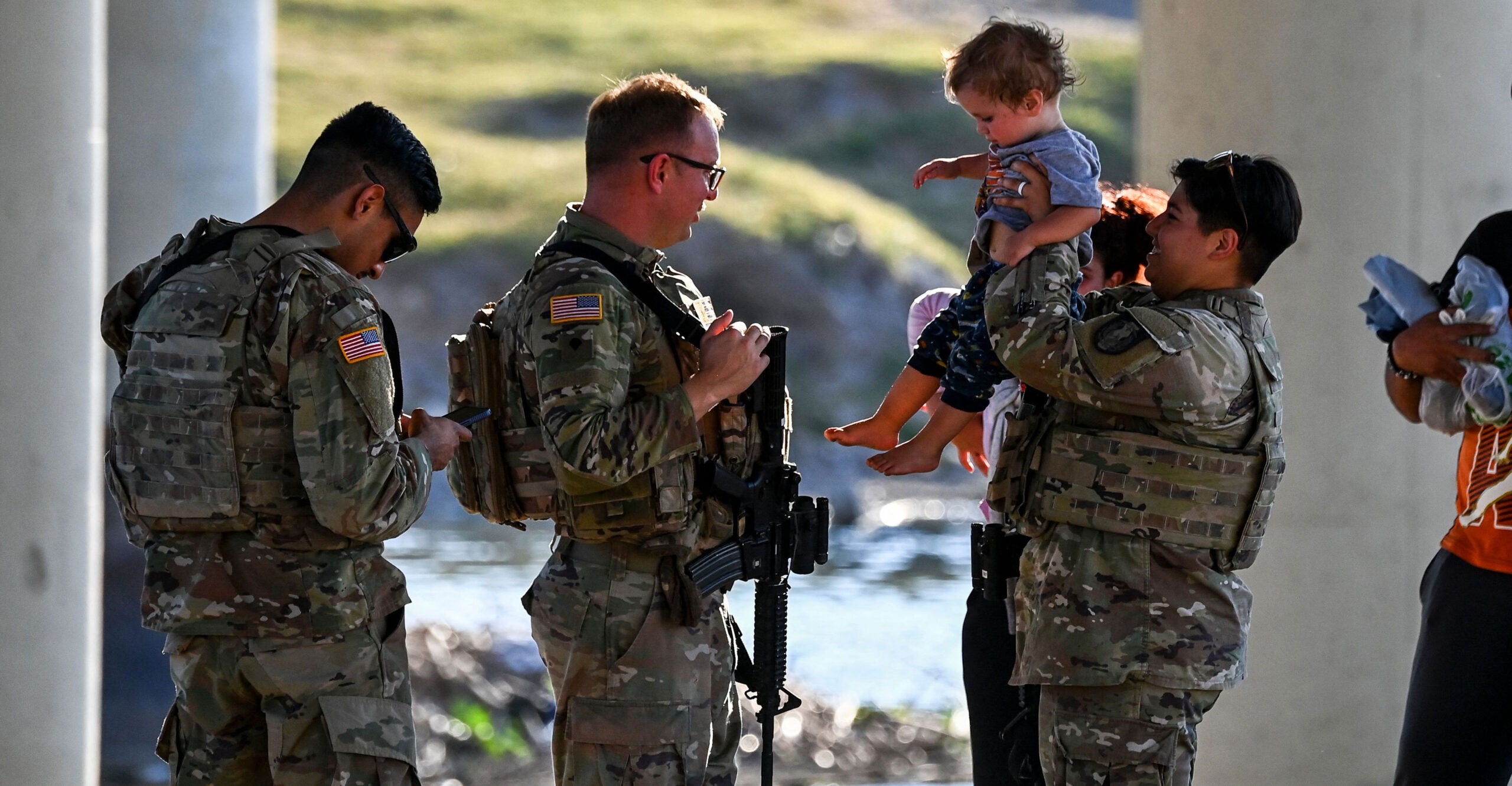 It’s National Defense Authorization Act time again,  and as usual, Congress is trying to pack the must-pass bill chock-full of provisions and 1,230 amendments, most of which have no place in the bill and, worse,  nothing to do with national defense.

This year, special interests are attempting to include dangerous and pricey provisions that would encourage, and throw more money at, illegal immigration and worsen the Biden border crisis.

As an example, in one section, “Immigration Age-Out Protections” (Amendment #923), the left is again using emotional arguments and the words “child” and “children” to circumvent the law as intended and to eliminate long-standing restrictions on visas and immigration benefits. The amendment would effectively reset formerly minor dependents’ ages to the priority date or filing date of their parents’ application for nonimmigrant visas and employment authorization, all to keep the now-adults in the U.S.

For immigration and visa purposes, “children” are unmarried and under 21. They are eligible for H-4 (temporary, nonimmigrant) visas contingent upon a parent’s valid nonimmigrant visa.

When they turn 21, they age out of this eligibility because they are considered independent adults and referred to, for immigration purposes, as “sons” and “daughters.”

As it stands at that point, they are no longer eligible for this dependent status, and would need to apply for a different, separate visa to live in the U.S. legally.

That would no longer be the case if this amendment, which passed in the House, is added to the Senate bill and included in the final National Defense Authorization Act.

With illegal immigration entirely out of control and 8.5 million cases backlogged or pending at the U.S. Citizenship and Immigration Services, Congress should not be wasting time looking to expand eligibility for any immigration benefits or visas.

On top of the number of aliens who fall into this age-out category, the retroactive provision of Amendment #923 would balloon the already high number of young adults involved and cause the backlog number to rise exponentially.

Legal and illegal immigration are inextricably tied. There are only so many resources and so much manpower to go around, and when the system is overrun by illegal border crossings and fraudulent asylum claims, it is those waiting on legally filed applications who are hurt most.

If the border were secure, fraudulent applications were rare, and Citizenship and Immigration Services  could adjudicate benefits efficiently, these age-out scenarios for temporary visas would be far less common.

But beyond that, “temporary” should mean “temporary.” Such temporary visa holders are not—and should not be—entitled to permanent relief.

This amendment would set a dangerous precedent and is effectively a backdoor amnesty, just as the left and President Joe Biden’s administration desires. It would take a large group of people and create a legal fiction of age, dependency, and filing dates, all to erase any sort of barrier to permanent adjustment of status.

We’re supposed to believe this move is innocent and compassionate because it involves kids, but that’s just it: They aren’t kids. The cohort in question is full of grown adults no longer dependent on parents who were in the U.S. on temporary, nonimmigrant visas.

These emotionally charged, but false narratives are nothing new for the left. This measure would take what they attempt to persuade us about Deferred Action for Childhood Arrivals recipients (so-called Dreamers) and unaccompanied children (85% of whom are teenagers or those posing as teenagers) to a new level.

Once such legally baseless precedents are set, the impact extends far beyond the original category. If Amendment #923 were to become law, advocates will use it to call for the expansion of age-out requirements for any and every category of visas and immigration benefits.

The Senate must reject this age-out amendment for what it is; namely, a straw-man argument and a Trojan horse vehicle to usher in more ineligible aliens.