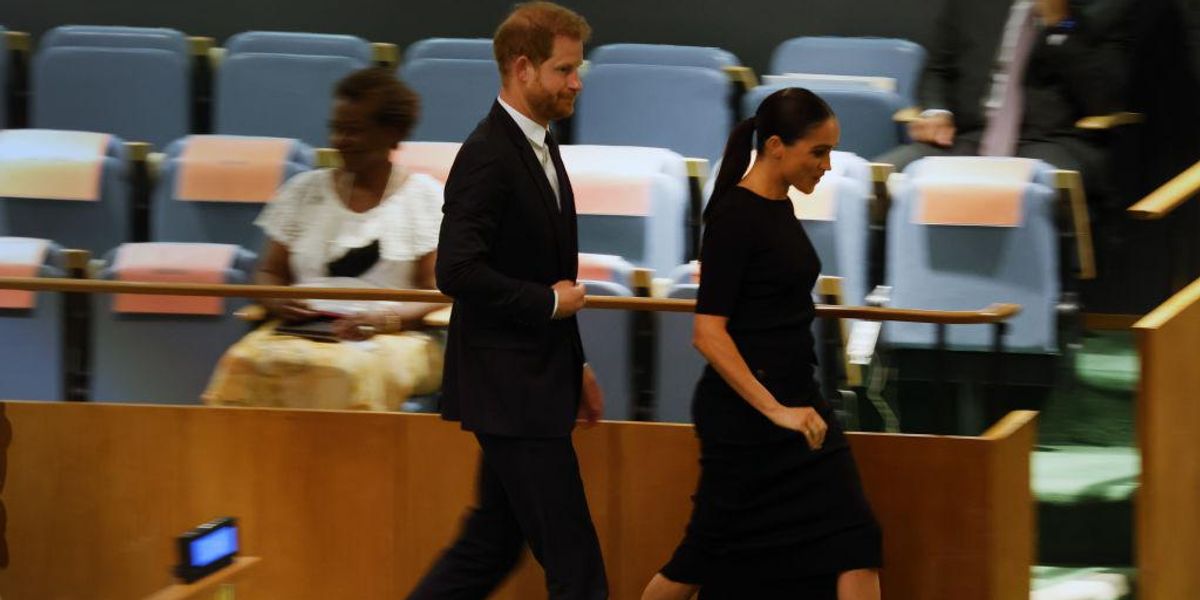 Prince Harry denounced the “rolling back of constitutional rights” in the United States during a speech to the United Nations General Assembly in New York on Monday.

The U.K. royal was delivering a keynote address for Nelson Mandela International Day when he criticized the U.S. Supreme Court ruling that ended the constitutional right to an abortion, calling it part of a “global assault on democracy and freedom.”

“How many of us feel battered, helpless in the face of the seemingly endless stream of disasters and devastation?” Harry asked, calling the past year “a painful year in a painful decade.”

“The few weaponizing lies and disinformation at the expense of the many,” he continued, mentioning the COVID-19 pandemic, global warming, and the war between Ukraine and Russia before touching on the U.S. Supreme Court’s abortion decision.

“From the horrific war in Ukraine to the rolling back of constitutional rights here in the United States, we are witnessing a global assault on democracy and freedom, the cause of Mandela’s life,” he said.

u201c#BREAKING: At the United Nations, Prince Harry calls out “the rolling back of Constitutional rights in the United States” as part of “a global assault on democracy and freedom.”u201d

Harry’s pot shot at America riled up conservative commentators, who questioned why a British royal was lecturing Americans about their constitutional rights.

“If I was a direct descendent of George III, I would be careful about lecturing an American audience about the inadequacies of their constitutional rights,” said Douglas Carswell, CEO of the Mississippi Center for Public Policy and a former member of U.K. Parliament.

u201cIf I was a direct descendent of George III, I would be careful about lecturing an American audience about the inadequacies of their constitutional rights.u201d

The Federalist’s Sean Davis tweeted that Americans “stopped carrying what emasculated British royals think about our rights 246 years ago.”

“You lost your say 247 years ago pal,” said Victoria Coates, a distinguished fellow with the American Foreign Policy Council.

u201cThat’s rich coming from a member of an actual hereditary monarchy. You lost your say 247 years ago pal.u201d

Harry married the U.S.-born Markle in 2018 and the couple currently lives in southern California. Markle is an outspoken advocate of progressive political causes

After the Supreme Court ruled that the constitution does not guarantee a right to abortion in its landmark Dobbs v. Jackson Women’s Health Organization opinion, Markle was one of many celebrities to condemn the ruling.

“This is about women’s physical safety. It’s also about economic justice, individual autonomy, and who we are as a society,” Markle said in an interview for Vogue. “Nobody should be forced to make a decision they do not want to make, or is unsafe, or puts their own life in jeopardy. Frankly, whether it’s a woman being put in an unthinkable situation, a woman not ready to start a family, or even a couple who deserve to plan their family in a way that makes the most sense for them, it’s about having a choice.”

Fascists and Liberals Don’t Want to Label Biden FBI’s Storming of Mar-a-Lago a “Raid”
‘It doesn’t make any sense’: US schools stock up on AR-15 rifles after shooting
7 Other Witch Hunts Against Donald Trump
After years of rapid growth, the housing market is showing clear signs of slowing down
Indiana Republican Who Was Born In The USSR Blasts FBI Trump Raid As ‘KGB-Style Tactics’