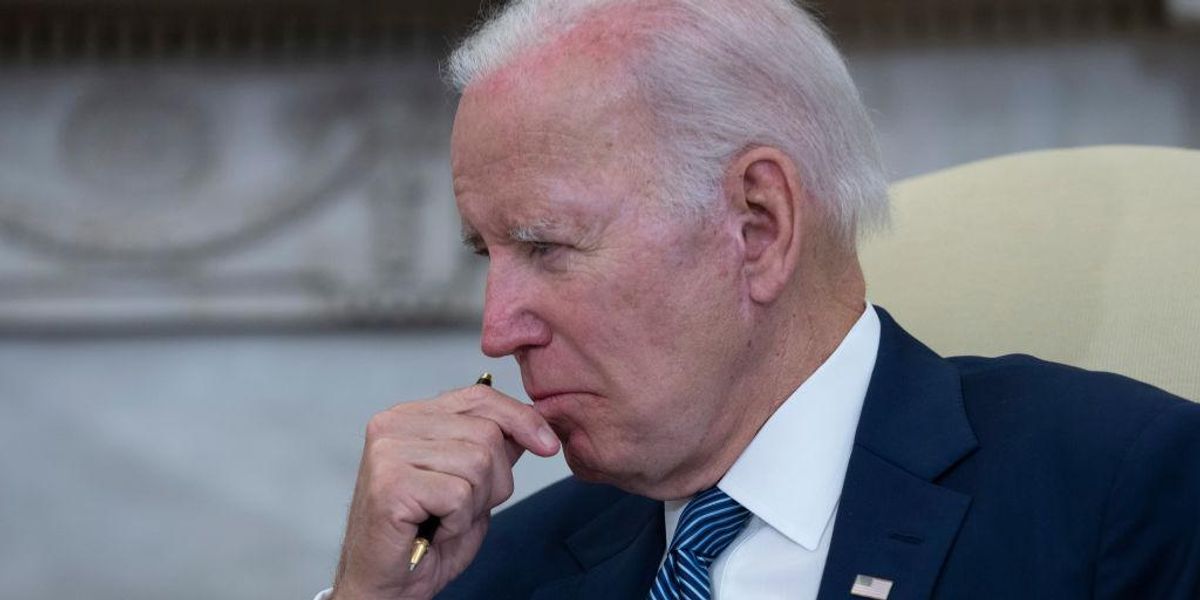 During an interview with Channel 12 News Israel, President Joe Biden disagreed with those in the Democratic Party who accuse Israel of being an apartheid state.

“I think they’re wrong,” Biden said. “Israel is a democracy. Israel is our ally.”

Biden also said that he does not believe there is any chance that either the Democratic Party or a large contingent of the GOP would turn its back on Israel.

u201cMore from exclusive @POTUS interview with @N12News: voices in the Democratic Party calling Israel an apartheid state are u201cfew, and they are wrongu201du201d

There is a rift in the Democratic Party between the many Democrats who support the nation of Israel and those who accuse Israel of being guilty of apartheid.

“The Israeli apartheid government’s ongoing ethnic cleansing seeks to degrade Palestinian humanity and break the will of the people to be free,” Democratic Rep. Rashida Tlaib of Michigan said, according to a May press release.

Democratic Rep. Cori Bush of Missouri has also accused Israel of apartheid. “Congress must stop our tax dollars from funding Israel’s apartheid practices,” she said in a January tweet.

u201cThis week, Israeli police dragged 15 members of the Salhiya family out of their home and then bulldozed it.nnThis is not an isolated incident. This is apartheid.nnCongress must stop our tax dollars from funding Israel’s apartheid practices. #SaveSheikhJarrahu201d

In a tweet last year, Democratic Rep. Ilhan Omar of Minnesota indicated that being “on the right side of history” involves describing Israel as “an Apartheid state.”

“While many in the west are still uncomfortable calling Israel an Apartheid state, this Israeli man was saying it four years ago. It’s time to get on the right side of history,” Omar tweeted, apparently referring to a video that she had posted in a prior tweet.

u201cWhile many in the west are still uncomfortable calling Israel an Apartheid state, this Israeli man was saying it four years ago. Itu2019s time to get on the right side of history.u201d

During his tenure in office, former President Donald Trump moved the U.S. embassy in Israel from Tel Aviv to Jersusalem.

“The Embassy of the United States of America to Israel has been located on HaYarkon Street in Tel Aviv since the late 1960s. It was moved to Jerusalem on May 14, 2018. The building in Tel Aviv is now an Embassy Branch Office,” according to embassy website.