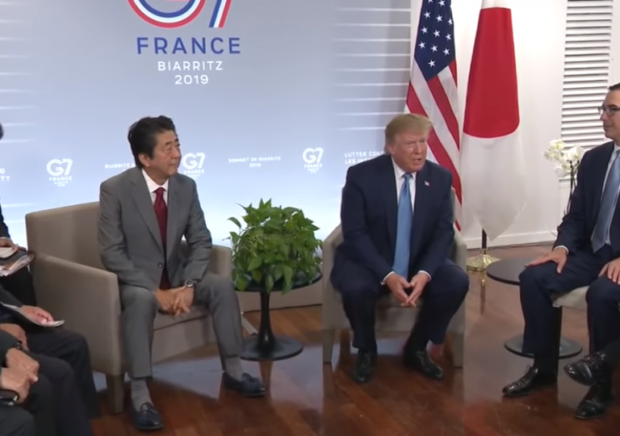 Former Prime Minister of Japan Shinzo Abe was the target of an assassination attempt Friday that left him in critical condition.

“We are all saddened and shocked by the shooting of former prime minister Abe Shinzo,” US Ambassador to Japan Rahm Emanuel said in a statement.

The assassin targetted Abe as he was speaking around 11:30 a.m. local time and one man, believed to be the shooter has been taken into custody.

Witnesses say that two shots were fired and that Abe, 67, collapsed after the second.

Abe spoke out against communism and China while being a strong friend to the West. The shooter’s motives are unclear, but political motivation is suspected.

Firearms are extremely difficult to get in Japan, but not impossible. It is unclear whether the shooter legally purchased the gun.

This is a breaking story and may be updated.

Podhoretz Confronts MSNBC Host’s Delusion That Dems Will Win in 2022
Meta Cuts U.S. News Publishers Off
From a $114 billion profit to a $197 billion deficit: The federal gov’t might lose big on student loan debt
‘Echoes of History’: CNN Implies Hungary’s Orban Will Launch a Second Holocaust
Reflections on 40 Years as a Talk Show Host