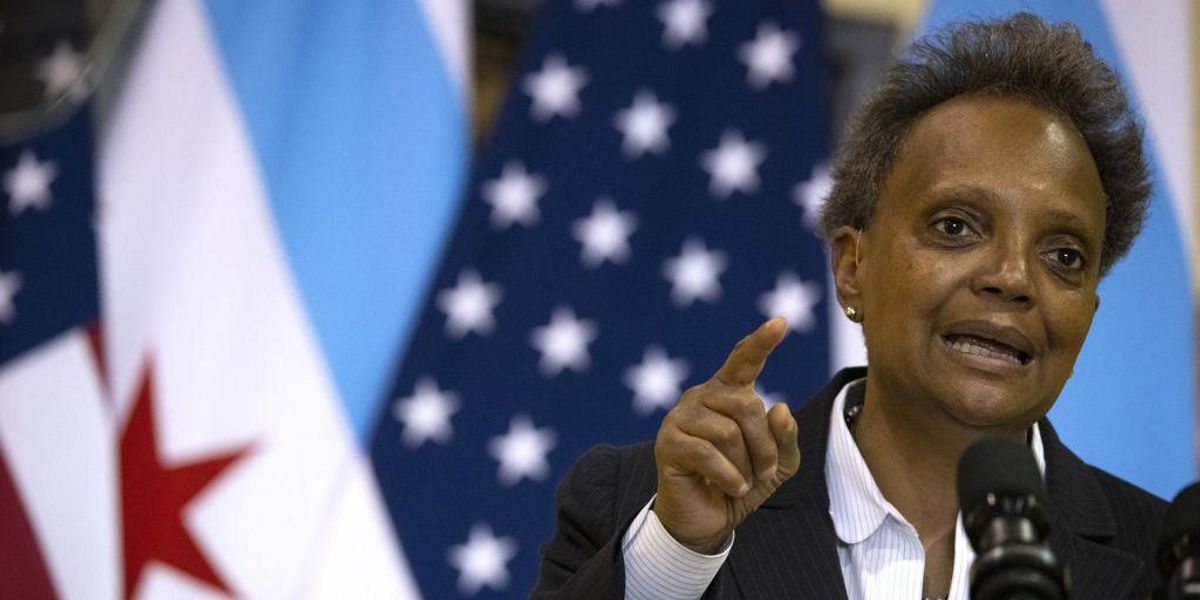 Chicago Mayor Lori Lightfoot lamented the loss of “respect for the institutions of our democracy” and “toxicity in our public discourse” in the wake of Monday’s mass shooting during a Fourth of July parade in Highland Park, Illinois. This is the same Lori Lightfoot who just last week publicly shouted “F*** Clarence Thomas,” demonstrating a stunning lack of respect for a justice of the Supreme Court of the United States.

“What it feels like is happening in this moment in our democracy is people are losing respect for the institutions of our democracy,” Lightfoot said during a news conference on Tuesday. “The toxicity in our public discourse is a thing I think we should all be concerned about,” she added.

“We have got to focus on what brings us together and not what tears us apart, and we’ve got to get back to respect for each other and respect for community. And that’s the thing, I think, that concerns me the most over the arc of the last two years,” Lightfoot, who in May urged for a “call to arms,” had the audacity to suggest.

u201cLori Lightfoot says that increased shootings at uniformed officers in Chicago are due to people “losing respect for the institutions of our democracy” and “the toxicity in our public discourse.”u201d

Last week, however, the definitely-not-toxic Democrat publicly shouted “F*** Clarence Thomas,” ripped into anyone who objected to her wanton lack of respect, and later doubled down with a tweet proudly captioned “I said what I said.”

u201cIf my language bothers you more than the destruction of our civil rights, then we donu2019t need to know anything else about you. https://t.co/ThXb9NI2xUu201d

u201cLori Lightfoot today: “The toxicity in our public discourse is a thing that I think we should all be concerned about.”nnLori Lightfoot last week: “F*ck Clarence Thomas!”u201d

Filling in for Glenn Beck on the radio program Wednesday, Pat Gray and Stu Burguiere called out Mayor Lightfoot’s glaring hypocrisy and the left’s misleading narrative on gun violence in America. Watch the video clip below. Can’t watch? Download the podcast here.

To enjoy more of Glenn’s masterful storytelling, thought-provoking analysis, and uncanny ability to make sense of the chaos, subscribe to BlazeTV — the largest multi-platform network of voices who love America, defend the Constitution, and live the American dream.