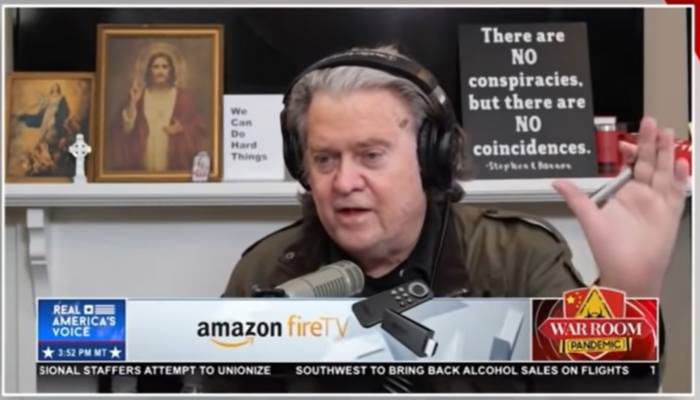 Here’s one easy way to figure out if a newspaper is in the tank for the Democrats. Do they spend money to study how Democrats are being unfairly attacked on conservative talk radio? 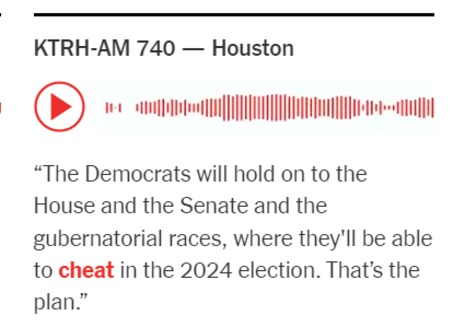 The answer is “Yes” at The New York Times. Their front page on July 5 carried a story titled “Right-Wing Radio Sows Doubt About a Vote Yet to Take Place.” This is a weird take coming from liberals who often bombastically talk about how we may never have another free and fair election.

The Times reporter is Stuart A. Thompson. They say he “writes about online information flows.” The liberal media hate the idea that there are “information flows” allowed in America that say mean things about Democrats. Reporters on the “misinformation” beat (as well as the “extremism” beat) are laser-focused on villainous conservatives.

Thompson’s story began by complaining “to many conservative commentators, the fix is already in. Democrats have cheated before, they say, and they will cheat again. Never mind that the claims are false.” They found radio hosts saying Democrats will lose control of Congress unless they cheat. That’s a prediction. It can’t be false…in advance. Do they really want to claim it’s untrue that “Democrats have cheated before”?

Here’s the money graf, as in where the Times spent their money: “Mentions of ‘Democrats cheating’ and similar ideas were raised more than 5,000 times on syndicated radio shows and local broadcasts this year, according to an analysis of data from Critical Mention, a media monitoring service. Similar ideas were mentioned a few hundred times on television shows and podcasts tracked by Critical Mention during the same period.”

How much money did the Times spend for Critical Mention to find these 5,000-plus examples? There was no “online information flow” on that question. They just want to use their front-page real estate to discourage anyone from saying the words “Democrats cheating.” 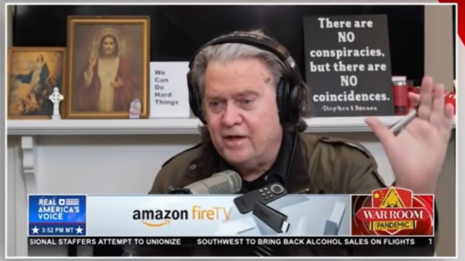 The story includes a pile of quotes from offending right-wing radio hosts (and audio clips to imbibe online).

It would make sense for a newspaper that says “truth” is everything to focus on anyone who would echo Trump’s claim of a “sacred landslide victory.” That’s not true. They report Trump proclaimed in his January 6, 2021 rally that Democrats changed voting laws “because they want to cheat.”

Thompson wrote “Republican politicians and cable outlets like Fox News have carried the torch for Mr. Trump’s conspiracy theories ever since.” Is that entirely true? Or does it have some partisan spit on the ball?

Deep in the article on page A-13, Thompson asserted “Liberal commentators have also claimed Republicans cheated or will cheat again, but to a far lesser extent.” Did the Times pay a “media monitoring service” to prove “a far lesser extent”? Or was it just a hunch?

Thompson noted after the 2018 election, Stacey Abrams refused to concede in her race for governor of Georgia, and a big petition on her behalf was titled “Don’t Let Georgia Republicans Cheat and Steal the Governor’s Mansion from Stacey Abrams.” But he lamented that since then, conservative radio hosts have “painted her effort to improve voter access, particularly for historically disenfranchised groups, as a way to enable cheating.”

Claims of voter fraud or cheating are used to influence voting (and discourage voting). But so are claims that anyone who tries to tighten election eligibility is “Jim Crow 2.0,” and we can be sure the Times won’t spend money to count how many times the liberals have falsely compared conservatives to violent segregationists.