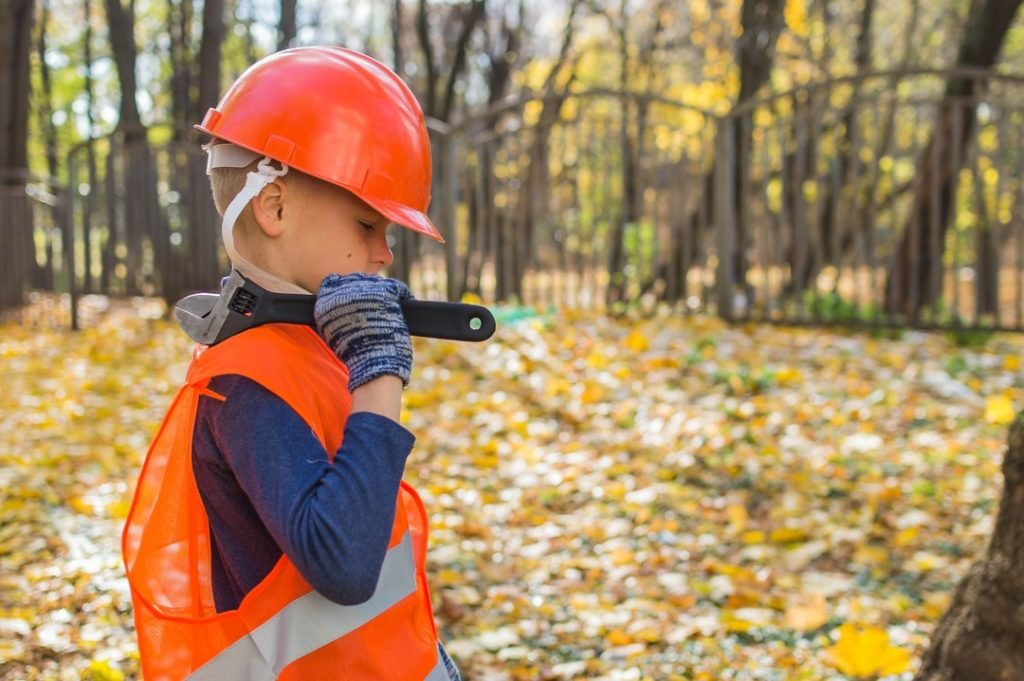 Every accident is a tragedy—but it’s worse when one believes it might have been prevented.

In the space of three days, three separate Amtrak trains struck a dump truck or a car, killing at least eight people and injuring over 150 people. The crashes occurred in rural Missouri, Michigan and California in late June, and left several vehicles completely derailed.

Unsurprisingly, one starts to question the state of the nation’s railway infrastructure, train maintenance and driver professionalism. For crying out loud, why are train crashes so seemingly frequent?

Founded in 1971, Amtrak has for over 50 years served as an underpinning aspect of American transportation. Amtrak is managed as a for-profit organization while receiving state and federal subsidies.

Although we might be tempted to think the nation is experiencing a train crisis, there were at least 15 documented Amtrak accidents throughout the 1970s. The 1980s beat the record with 23 hits before declining to 14 collisions in the 1990s.

Then, throughout the 2000s and 2010s, America witnessed a further gradual decline to 10 documented crashes. And thus far, there has been a total of 4 cases since 2020, and one would hope that the latest incident is always the last.

Indeed, a robust infrastructure—be it on the roads, the railway or bridges—underpins our sense of safety and, moreover, avoids excess damage costs resulting from a lack of maintenance.

The Biden administration is apparently serious about accelerating America’s infrastructure repair and development because many are still on the brink of collapse. In mid-November 2021, a grand $1.2 trillion bill was signed into law. In a rare bipartisan partnership episode, Democrats and Republicans were keen to accomplish the “Infrastructure Investment and Jobs Act,” also known as the “Bipartisan Infrastructure Law.”

Before getting too excited, it is worth noting that we have previously heard Democrats claim that “home health care is infrastructure.” Indeed, an aspect of the Biden administration’s original proposal involved addressing the industry’s low wages.

Around $550 billion of the $1.2 trillion law is new spending over five years, with the remainder allocated for current transportation and highway systems under earlier funding programs.

Only 20 percent of the $550 billion in new spending was reportedly allocated for roads and bridges. But the bill ensures $66 billion for freight and passenger rail, with an extra $36 billion subject to future congressional appropriations after a budget is submitted to Congress for the federal government every fiscal year.

Amtrak’s CEO, William Flynn, has since disclosed an optimistic national route map with new and added passenger train services for many regions. Should Amtrak successfully implement the program by 2035, we should expect at least 30 additional routes and extended service on at least 20 existing routes, impacting around 15 states.

Moreover, in early June, the Federal Railroad Administration announced that over $368 million in Consolidated Rail Infrastructure and Safety Improvements grant funds would support 46 projects across the District of Columbia and 32 states.

The full implementation of these programs will reportedly improve the rail infrastructure, helping to accelerate passenger and supply chain transportation. In addition, the program aims to create new jobs in urban and rural communities across the country.

The announcement added that the recent Bipartisan Infrastructure Law had tripled funding for this rail infrastructure program to $1 billion annually for the next five years, aiming to strengthen supply chains and increase the “productive capacity of the economy.”

According to the American Society of Civil Engineers (ASCE) report in 2021, around 43 percent of approximately 4 million miles of roads and highways across all 50 states exist in poor conditions.

Moreover, the ASCE estimates that 70 percent of all dams will be more than 50 years old by 2025. In fact, two Michigan dams collapsed in 2020, draining two lakes and causing $175 million worth of damage to the city of Midland, Michigan.

As stated by the National Inventory of Dams, around 15,500 of the 91,000 dams in the country could lead to fatalities if they collapsed, threatening hundreds of thousands of lives. Furthermore, the Association of State Dam Safety Officials estimates that repairing dams would cost over $70 billion. In addition, approximately 700 dams owned by the U.S. Army Corps of Engineers need serious maintenance, reportedly costing over $25 billion and at least 50 years to complete.

According to a 2020 Congressional Research Service report entitled “The Condition of Highway Bridges Continues to Improve,” the number and share of bridges in poor condition “have dropped significantly over the past 20 years.”

The report included The Federal Highway Administration’s analysis, stating that the “bridge data suggests a relatively modest increase in spending could substantially reduce or eliminate the backlog of economically justifiable investments if sustained over a 20-year period.”

With that said, many major bridges connecting states and cities need repair due to structural defects caused by aging, such as the Brent Spence Bridge across the Ohio River and the Lindell-Union Bridge in St. Louis. Closures have also followed, including the New Harmony Bridge between Indiana and Illinois since 2012 due to poor maintenance. Indeed, a considerable investment in manufacturers and workers who can produce structural steel will be necessary to repair and rebuild such bridges.

We must not forget the excessive red tape that arguably delays improving American infrastructures. As a result, significant spending involves hiring bureaucrats and lawyers rather than building infrastructures.

America’s subway systems are the world’s most expensive to build; for example, New York City’s costs are four times the world average. Regardless of a company’s cost estimates for a particular project, the 1931 Davis-Bacon Act requires federal contractors to pay a “prevailing wage.” Labor costs are reportedly higher partly because the Davis-Bacon Act increases the wage costs by up to 22 percent, and Government Mandated Project Labor Agreements (GMLA) can increase construction costs by up to 30 percent.

A comprehensive analysis by the Congressional Budget Office (CBO) revealed that federal investments deliver half the returns of private-sector investments. Moreover, CBO added that federal investments funded by taxes or debt, instead of spending offsets, might render negative returns. On this note, lawmakers might want to focus on improving policies that prevent unexpected changes in a project budget that increase the total cost and delays.

But for all the new spending on infrastructure, how enthusiastic are Americans about entering an industry that needs skills ranging from project managers to architects, engineers, electricians and boots-on-the-ground team-motivated workers?

Shortage of workers in the construction industry

Moreover, the Associated Builders and Contractors (ABC) analysis of the U.S. Department of Labor (DOL) 2021 data revealed it would take 14 years for federal and state government-registered apprenticeship programs (GRAPs) to train around 650,000 much-needed workers in 2022.

Because 87.4% of the construction industry does not belong to a union, government-registered apprenticeship program participation requirements for taxpayer-funded infrastructure projects are not a holistic solution to the skilled labor shortage, which is exacerbating historic levels of inflation in the construction industry and undermining significant taxpayer investments in infrastructure.

Brubeck went on to say that GRAPs are only “a key part” of workforce development in the construction industry. To date, ABC member companies administer hundreds of GRAPs independent of ABC’s network and, in 2021, invested an estimated $1.6 billion in developing the industry’s workforce.

And yet, there appears to be a grand elephant in the room.

Based on information from the U.S. Census Bureau’s Value of Construction Put in Place Survey and the U.S. Bureau of Labor Statistics, around 1.2 million construction workers are estimated to leave their jobs to work in other industries this year. According to Anirban Basu, ABC’s chief economist:

[A] concern is the decline in the number of construction workers ages 25-54, which fell 8 percent over the past decade. Meanwhile, the share of older workers exiting the workforce soared. According to the Centers for Disease Control and Prevention, the industry’s average age of retirement is 61, and more than 1 in 5 construction workers are currently older than 55.

So let’s look straight at the elephant in the room. Just how attractive is the construction industry to millennials and Gen Z Americans?

Perceptions of the construction industry

In the last five years, the National Association of Home Builders surveyed a national, demographically representative group of 18 to 25-year-olds. The poll showed that around 74 percent of young adults knew the field in which they wanted a career, of which only 3 percent were interested in the construction trades.

Of the undecided young adults, 63 percent revealed there was no or little chance they would consider a career in construction regardless of pay incentives or increases, with 48 percent stating that they wanted a “less physically-demanding job” and 32 percent believing that “construction work is difficult.”

So there we have it: a significant proportion of young Americans are not interested in pursuing a career in construction.

Indeed, perception is part of the problem.

Hence, changing perceptions is part of the solution.

Perhaps we can explore ways to address a fragmented view of an industry that is deeply rooted in the building of America.

The last decade has seen a consistent buzz in the mainstream media about young minds with an aptitude for digital technology, who, say, develop mobile apps or gaming software programs. Of course, such entertainment products have a market, and some users might even find them addictive. But how about promoting and celebrating construction trades as a kind of work that builds to solve practical problems?

For example, a civil engineer plans and manages a large bridge construction with transportation routes that help people move from one region to another at a more affordable cost. A contractor leads and supervises the building of a multistorey apartment for young professionals. A builder, as a team player, is responsible for the on-site task of physically building the apartment.

In other words, we need a minimum decade-long campaign to “Make Construction Great Again.”

We’ve seen a growing trend of young Americans turning to craft brewery and furniture making; in other words, there is a pull toward work that we can touch, see, taste and be proud of our accomplishments.

As parents and educators, we can strive to honor a strenuous hard day’s work that serves to build a concrete structure like a bridge that improves transportation or housing that supports young couples starting a family.

However, there still exists a stinging perception in academia that “vocational work” is for young people who didn’t quite make the grades and do not possess the aptitude for a perceived intellectually superior and financially rewarding career in, say, banking, law or medicine.

Therefore, a high schooler might have the cognitive aptitude for a project architect, construction engineer or manager. Yet, having a destructive perception that the industry is for “dumb” people will lead to its instant rejection.

It has been reported that millennials and Gen Z aren’t just looking for work or jobs per se but are seeking a lifestyle where “they work to live, not live to work,” and have an increased interest in being their own boss. As a nation of entrepreneurs, the promotion of construction companies might foster the growth of skilled young people who have a purpose of doing something meaningful in life: building America.