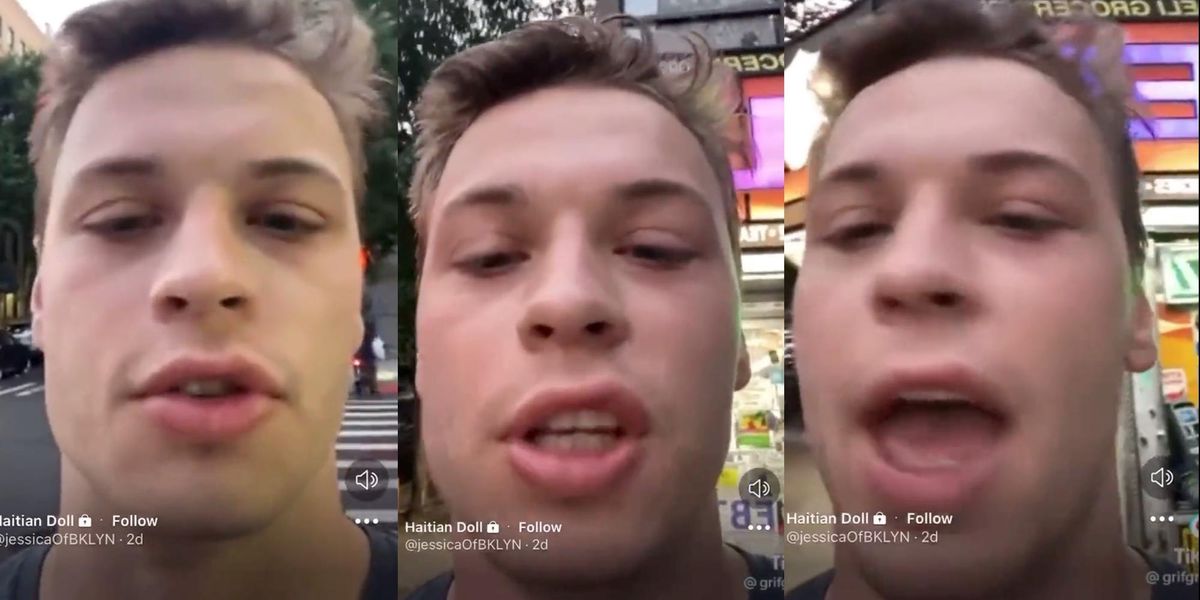 A man who had moved to New York City, New York, complained on TikTok about the lack of grocery stores and the cancel culture mob complained enough to get him fired from his job.

The man posted his complaints to his TikTok account called “grifgreen20” where he said that he wasn’t able to find the groceries he wanted at local street bodegas.

“OK, I just moved to New York and I’m trying to go grocery store shopping and so I type in grocery stores on my Apple maps, and every f***ing one I go to, and I’m walking too, they’re like this s***, or like f***ing, like this,” he says while showing video of various bodegas.

Fans of bodegas and New York City were offended by the man’s comments and complained to his employer, Outreach, on social media. They reposted his videos on Twitter with outraged comments and some called for violence against him.

Others complained about the racial overtones in a separate video where he said he was the only white person at his gym and wore a NAACP shirt in order to fit in better.

On Tuesday, Outreach tweeted vaguely about his employment.

“Thank you for bringing this to our attention. Upon investigation, we took swift internal action in accordance with our company policies and in alignment with our core values,” they replied to a critic.

By Wednesday, Outreach said they had fired him, ostensibly for his dislike of bodegas in New York City.

“He is no longer an employee of Outreach,” they tweeted.

“We always welcome feedback from the community, as Outreach continues to build our culture that finds strength in our diversity, equity, and inclusion,” they added in a second tweet.

Bodega enthusiasts applauded the company for identifying criticism of bodegas as an opinion not in alignment of the company’s core values of diversity and inclusion.

One tweet that celebrated his firing garnered more than 44.7k likes.

Others criticized the company for rushing to fire the employee based on criticism having little or nothing to do with their business.

Here’s more about the scourge of cancel culture:


Is ‘Cancel Culture’ coming for your FINANCES & credit cards next?