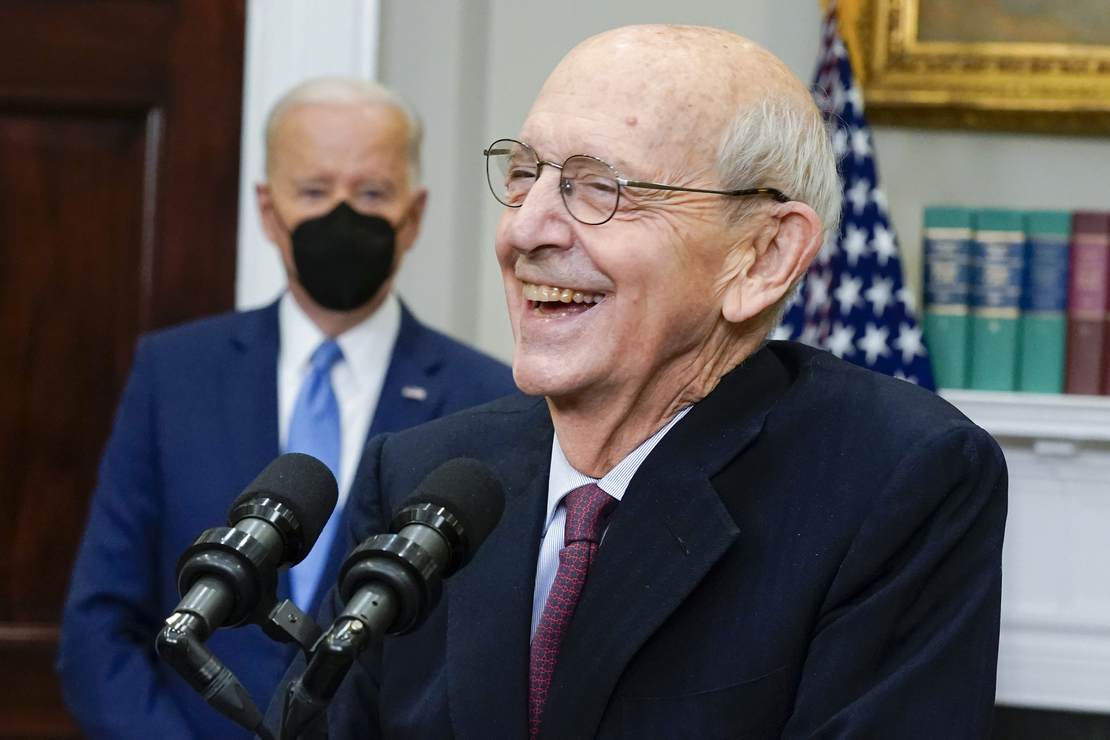 Supreme Court Justice Stephen Breyer informed Joe Biden of his intention to retire at the end of the current term back in January. Breyer’s plans were subsequently leaked to the media, which was in really poor taste for the White House. On Wednesday, Justice Breyer notified Biden in a letter about his plans to officially retire on Thursday, following the release of the remaining court opinions of the term Thursday morning.

“The Court has announced that tomorrow, beginning at 10 a.m., it will hand down all remaining opinions ready during this Term. Accordingly, my retirement from active service under the provisions of 28 U.S.C. § 371(b) will be effective on Thursday, June 30, 2022, at noon,” Breyer wrote in his letter.

With Breyer officially no longer an active Supreme Court justice, Ketanji Brown Jackson, who was confirmed in April, will be seated, and we’ll once again be treated to gushing articles slobbering over the controversial nominee (whose soft-on-crime record, particularly when it comes to sex offenders, came under heavy scrutiny during the hearings but failed to derail her nomination) because, while she’ll neither be the first black justice or the first female justice, she will be the first black female justice.

But while the liberal media will be slobbering over Jackson when she officially becomes a Supreme Court justice the same way they did when Karine Jean-Pierre became the first black lesbian woman White House Press Secretary (How well has that worked out, by the way?), I’ll be here wondering if Biden made a huge political mistake by not waiting until Breyer officially retired to name his successor.

After Breyer’s intention to retire was out in the open, Biden wasted little time and announced Breyer’s replacement a few short weeks later. It was a curious move on his part. Why go through the confirmation process early, while Breyer was still on the bench?

The answer, of course, was that Biden’s poll numbers were in the toilet, and a Supreme Court confirmation seemed like the perfect opportunity to motivate his base — especially since he promised to nominate a black woman — or at least we think it’s a woman. I haven’t yet received confirmation from a biologist that Ketanji Brown Jackson is, in fact, a woman. Regardless, a Supreme Court nomination battle on Capitol Hill was seen as a potential lifeline for Biden that would restore his standing among his base and change the trajectory of his flailing presidency.

It didn’t. Biden’s poll numbers continued to get worse. While Biden wouldn’t change the ideological balance of the court with his pick, if he had waited, a confirmation battle over the summer had greater potential to change the dynamic of the 2022 midterm elections — especially in the wake of the Dobbs v. Jackson Women’s Health Organization decision that has the pro-abortion left all riled up.

If Biden had waited until Breyer’s official retirement, which he knew would take place after the Dobbs case was decided, he could have framed his nomination as a post-Roe effort to restore “legitimacy” to the court and keep his base motivated longer.

Biden’s base is motivated right now, and some polls even suggest a small bounce. But that bounce (if it’s even real) will be temporary. Clearly, the White House didn’t consider the long game in its confirmation strategy and instead squandered the best chance it had to salvage the 2022 midterms.