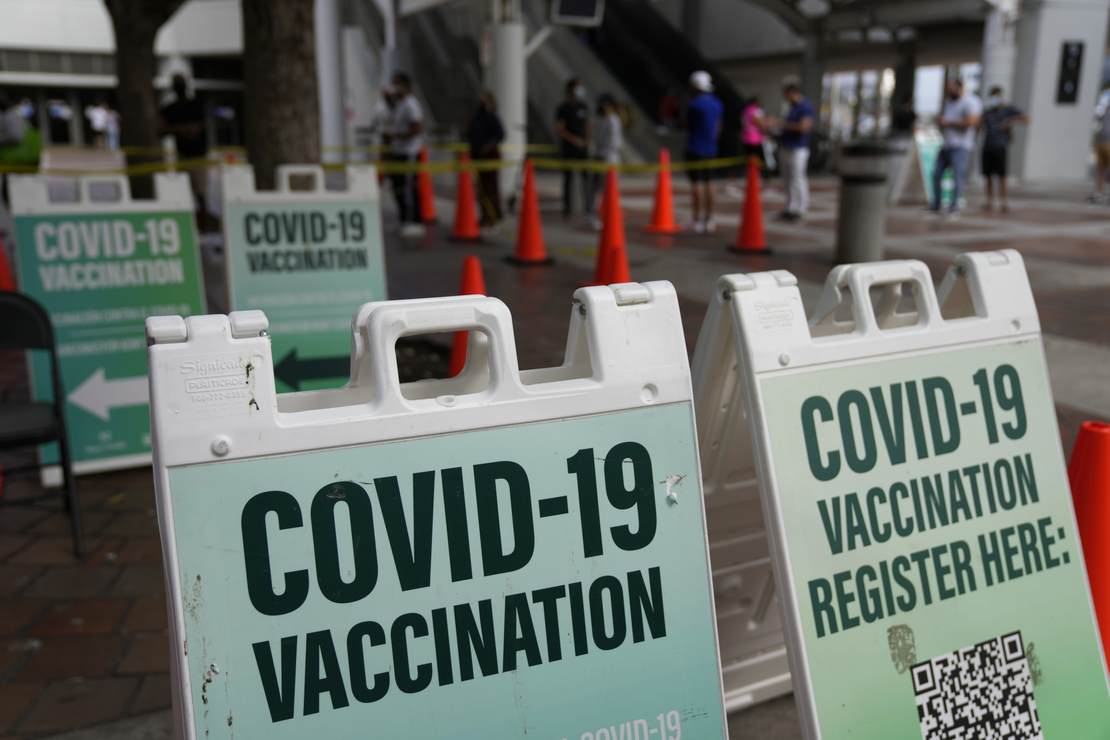 One thing the COVID-19 pandemic made clear is that the CDC has almost no ability to collect accurate data in real-time. It also demonstrated that the agency rarely measured the metrics that mattered to public health. Through November of 2020, it measured the data that mattered politically, and the corporate media dutifully ran the tickers until the day Joe Biden was declared the official winner.

And the data collection about COVID vaccine efficacy and side effects is non-existent compared to other nations. So let’s take a look at some interesting data from the Netherlands. According to a thread on Twitter, a town called Urk is the least vaccinated municipality in the country. Only 31% of people 12 and older received the initial vaccine series, and 15% received a booster.

If you listen to the narrative, it would be easy to assume Urk is a haven for repeated variants and debilitating levels of illness. While it would take hours to confirm it is the lowest in the country, Urk’s vaccination rate is undoubtedly lower than the national average. According to the nation’s COVID dashboard, 81.9% of residents over the age of 12 got the first series, and 59.1% received a booster. So how is it all working out?

Recommended: ‘Top Gun’ Hits Over $1 Billion and the Left Is Going Crazy: Here’s Why

.All of the surrounding towns have much higher vaccination rates and are starting to see an uptick in cases. Urk has remained flat. The Netherlands also consistently measures the virus found in sewage for each municipality. The government calls these measurements an early indicator for COVID surges. When someone has COVID-19, it is present in the intestines and shed in fecal matter. Using the frequent measurements of sewage concentrations eliminates variability in testing individuals for the virus. It is also measured in particles per 100,000 people, so it is standardized across municipalities of varying sizes. Urk also has almost no virus in the sewage.

Contrast these levels with another smaller village called Raalte. The vaccination rate in this municipality is 92% over 12 for the first series and 72% boosted.

And the levels in the well-known city of Amsterdam remain very high. Vaccination rates in that municipality are 73% for the initial vaccine, and 50% have been boosted over the age of 12.

Because of the standardization, a legitimate hypothesis is that fewer people in Urk are shedding the virus per capita than in other regions. The question then becomes whether that finding is because of or despite the town’s low vaccination rate. Society must ask questions like this with more urgency as we observe what is happening with the new Omicron variants in Israel and Europe.

My colleague Stephen Green wrote about some early signals in Portugal at the end of May that indicated vaccination rates had nothing to do with case rates. Portugal ran out of people to vaccinate at 95% uptake and had the highest case rate in the world and the nation’s highest case rate on record on May 24, 2022.

By June 3, Omicron BA.5 also drove a spike in deaths. According to the Guardian:

A spike of Covid-19 cases and deaths in Portugal driven by the Omicron BA.5 subvariant in spite of warm temperatures is causing capitals across Europe to once again consider measures against a pandemic that has started to fade into public memory.

Portugal confirmed 26,848 new cases and recorded 47 Covid deaths on Wednesday – the highest daily death toll since 17 February, when 51 deaths from the disease were reported.

Then, another one of the most vaccinated and boosted countries on earth, Israel, started to see a rise in severe illnesses with COVID-19 in mid-June. Israel used the Pfizer vaccine almost exclusively. From The Times of Israel:

The number of coronavirus patients in serious condition in Israel reached 140 on Friday, marking a near 70% rise since last week, with health experts warning that the current situation was “unstable.”

While Israel has seen rising infection numbers for a few weeks, a rise in seriously ill patients marks a real concern as the country deals with the spread of the new variant BA.5, with experts warning that hospitals may need to reopen COVID wards. The number was up from 85 seriously ill patients on Friday last week.

Now there is a headline from the UK Independent, “Covid: Omicron sub-variants ‘evolving to target the lungs and overcome immunity’ as U.K. cases surge.”

According to preliminary data from Kei Sato at the University of Tokyo and colleagues, BA.4, BA.5 and BA.2.12.1 may have evolved to refavour infection of lung cells, rather than upper respiratory tract tissue – making them more similar to earlier variants, such as Alpha or Delta.

The propensity of earlier Omicron variants to prefer infecting non-lung tissue may be one reason why infections tend to be milder in most people.

This finding means the only claim the CDC and other experts had left regarding the mRNA vaccines may be about to blow up in their faces. The so-called experts took credit for the mild nature of the Omicron wave by continuing to insist that the vaccine prevented severe illness and death.

This assertion was ridiculous since the variant was identified in South Africa, where about 30% of the population was vaccinated. The country still had very low levels of severe illness and no deaths. The vaccines most likely had nothing to do with the mild Omicron wave. Infections in the highly vaccinated UK increased 43% last week. It will be apparent if hospitalizations go up in the next two weeks.

Recommended: I Guess It’s Okay to Question the Legitimacy of Our Institutions Now

There are urgent questions researchers in Israel and the UK should be answering. First, previous research showed that vaccinated individuals do not develop antibodies to the part of the virus called the nucleocapsid. They only developed antibodies against the spike protein. People who recovered from the illness without vaccination developed both kinds. This fact was established to the satisfaction of researchers to the point it is used in seroprevalence tests by the CDC to determine immunity from natural infection and immunity from vaccines.

As of February, an estimated 57.7% of Americans had infection-induced seroprevalence. Now we need to know what happens to a person who recovers and then gets vaccinated. Will their body still produce both kinds of antibodies? Are those who developed N-antibodies in earlier waves still able to neutralize the new variants? The UK and Israel are perfectly poised to answer these questions because the data in their national health systems can identify these populations and begin testing.

Then the U.S. needs to get smart. We must stop boosting and vaccinating until we figure out what is happening. The CDC and NIH need to determine right now which monoclonal antibody combination works against the new variants and get them here and distributed. Since the next wave is undoubtedly coming, we also need to unleash antibody testing so individuals can assess their own risk. If none of this happens, it is time to ask why. Because there certainly doesn’t appear to be any benevolent answer.