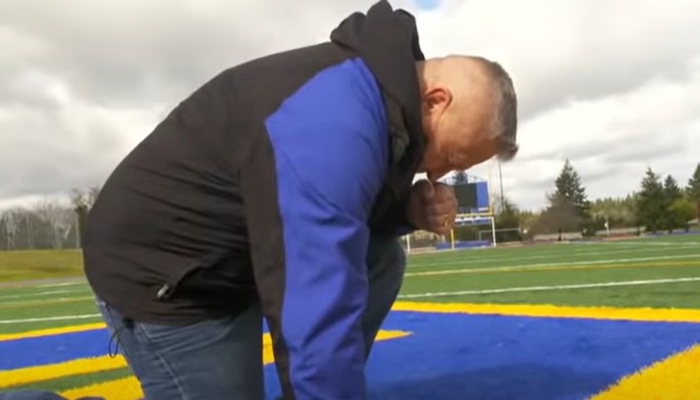 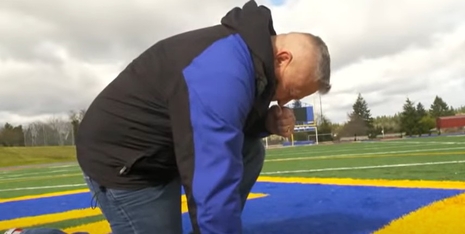 Government hostility toward Christianity was tackled at the 50-yard line today, courtesy of the Supreme Court of the United States. Bremerton High School, Wash., violated former football coach Joe Kennedy’s right to pray on its football field when it fired him in 2016, the court ruled.

The court’s 6-3 ruling in Kennedy v. Bremerton followed the same ideological lines as last week’s ruling on abortion. Kennedy’s prayer should have been respected as First Amendment free speech, Justice Neil Gorsuch wrote for in the majority opinion:

“The Constitution and the best of our traditions counsel mutual respect and tolerance, not censorship and suppression, for religious and nonreligious views alike.”

The dispute over Kennedy’s on-field, postgame prayers started in 2008. After he began praying by himself, some of his players voluntarily joined in. Fearing a lawsuit by the ACLU, Bremerton School District in Washington warned him to stop. In 2016, he was placed on administrative leave, then later the district refused to renew his contract.

Kennedy’s defense team countered that he had been involved in private free speech, as protected by the First Amendment. He told Fox News in April:

“The prayer after the football game — that was just myself, I would just take a knee at the 50-yard line after football game. After a few months, the kids would say, ‘Coach, what are you doing out there?’ And I just said, ‘I was thanking God for what you did.’ They asked if they could join. And I said, ‘It’s America, a free country. You do what you want to do.’ And that’s how that kind of started.”

Justice Gorsuch also wrote that the First Amendment does not discriminate between religious and secular speech: “Here, a government entity sought to punish an individual for engaging in a brief, quiet, personal religious observance doubly protected by the Free Exercise and Free Speech Clauses of the First Amendment. And the only meaningful justification the government offered for its reprisal rested on a mistaken view that it had a duty to ferret out and suppress.”

Justice Clarence Thomas wrote that the school district had no constitutional basis for reprimanding Coach Kennedy. Justice Samuel Alito concurred because, he said, Coach Kennedy was acting as a private citizen in his prayers.

In her lame dissent, Sotomayor wrote the Court “once again weakens the backstop. It elevates one individual’s interest in personal religious exercise, in the exact time and place of that individual’s choosing, over society’s interest in protecting the separation between church and state, eroding the protections for religious liberty for all.”

Since his firing by Bremerton, Kennedy moved to Florida, but he would like to resume his coaching career at his old school.