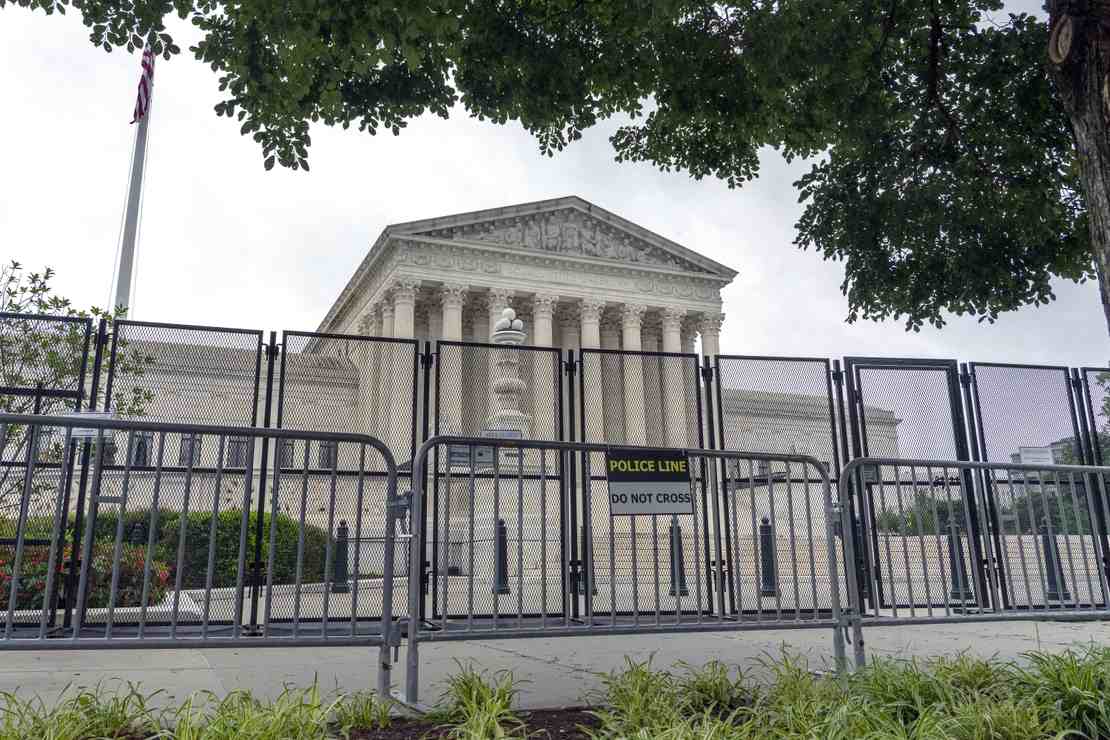 I’m old enough to remember when questioning the results of an election was a threat to our democracy and any speech insisting that the election may have been stolen was censored.

Ahh, I can remember it like it was five minutes ago.

So I can’t help but wonder if there will be similar censoring of the plethora of social media posts, news articles, and public speeches questioning the legitimacy of the Supreme Court because they dared to make a ruling that some people didn’t like.

According to author and lawyer Jill Filipovic, the Supreme Court “should officially be understood as an illegitimate institution – a tool of minority rule over the majority, and as part of a far-right ideological and authoritarian takeover that must be snuffed out if we want American democracy to survive.”

Filipovic bemoans the court for overturning “its nearly 50-year precedent of Roe v Wade.” She apparently believes that precedent should never be overturned. I can just imagine Filopovic writing an article in 1954 calling the Supreme Court illegitimate after the Brown v. Board of Education ruling overturned nearly sixty years of precedent of Plessy v. Ferguson.

Filipovic then proceeded to word-salad her way through explanations for why the Supreme Court is illegitimate. She reasons that, of the nine justices sitting on the current court, five were appointed by presidents who initially lost the popular vote.

Not that it matters one way or the other, but both of George W. Bush’s nominees, Chief Justice Roberts and Justice Samuel Alito, were nominated and confirmed during his second term after he won both the popular vote and the Electoral College vote in 2004. It’s amusing that she didn’t mention that — again, not that it makes a difference since the Electoral College, not the popular vote, elects a president.

But she wasn’t done. She also mentioned that all three Supreme Court justices appointed by Trump “were confirmed by senators who represent a minority of Americans.” This, she concludes, means that the majority of the justices on the court were “not appointed by a process that is representative of the will of the American people.”

Filipovic doesn’t seem to understand why the Senate exists or why the upper chamber is responsible for confirming judicial nominees. Of course, many on the left don’t seem to get this either, as this isn’t the first time I’ve heard the excuse that, because a majority of Senators represent a minority of the population, somehow this diminishes the legitimacy of their votes. Of course, seeing as liberals think it’s okay to create a constitutional right to abortion out of thin air, making up bogus criteria for measuring the legitimacy of the Supreme Court isn’t a huge leap for them.

And then came the usually crying about Mitch McConnell blocking Barack Obama’s Supreme Court nominee, Merrick Garland, in 2016, even though the reason Garland was never given a hearing is that Mitch McConnell was following The Biden Rule. In June 1992, then-Sen. Joe Biden, who at the time was chairman of the Senate Judiciary Committee, gave a speech on the Senate floor arguing that President George H.W. Bush shouldn’t attempt to fill a vacancy on the Supreme Court in the middle of an election year.

Filipovic then called the confirmation of Amy Coney Barrett a “radically rushed and incomplete, incoherent process.” However, claims that Barrett’s confirmation hearings were “rushed” have long been debunked.

But this is what the Democrats do. When they don’t get the results they want, they immediately seek to delegitimize the process. They’ve done so with every presidential election they’ve lost for more than twenty years now. Any time they lose, it’s illegitimate because of Russia, or something.

But hey, I guess since it’s suddenly okay to question the outcome of things when you don’t get the results you want, we can start having a conversation about the 2020 election now.

That’s how it works, right?