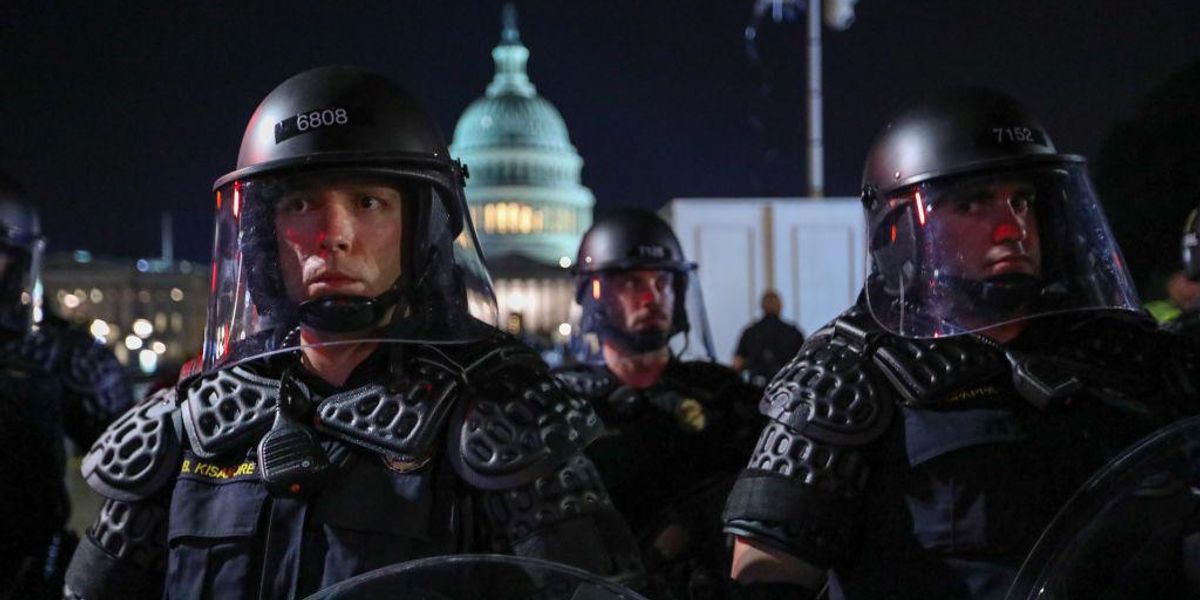 Antifa-linked pro-abortion group Jane’s Revenge vowed to undertake a “night of rage” after the Supreme Court’s ruling on allowing states to make the final call about abortion. Black bloc protesters wielding umbrellas marched through the streets of Washington, D.C.

The group chanted slogans such as, “If abortion ain’t safe, neither are you,” “If we don’t get it, burn it down,” “Every city, every town, burn the precinct to the ground,” and “F*** the church, f*** the state, we won’t let them decide our fate.” The protesters burned American flags.

(CAUTION: The following videos may be unsuitable for some viewers)

u201cu201cIf we donu2019t get it, BURN IT DOWNu201d nnANTIFA marches down the streets of Washington DC calling for violence in the streets after the overturn of Roe v Wade.u201d

u201cLIVE in DC: Woman flips off and shouts at diners as Antifa marches through downtownnnFootage from @HannahNightingu201d

u201cBREAKING: ANTIFA lights an American flag on fire here in DC in the middle of the street | @TPUSAu201d

Pro-abortion protesters shut down the 110 Freeway in downtown Los Angles. El American field journalist Anthony Cabassa captured the moment a vehicle drove through the blockade, and a man slams the car with a pole.

u201cBreaking: Protesters have shut down the 110 Freeway North in Downtown Los Angeles. u201d

u201cAnother angle shows a rioter at the #Antifa pro-abortion riot in Los Angeles using a homemade flamethrower to try to burn police. Antifa also throw an explosive mortar firework right at @LAPDHQ officers. A suspect who tried to escape was arrested.u201d

A pro-life woman was attacked and pepper-sprayed by Antifa, according to Post Millennial reporter Katie Daviscourt.

Journalist Jonathan Choe said he was harassed by Antifa members – who knocked his phone out of his hands while documenting the protest.

u201cCHASED: I was trying to record Antifa trying to break windows. Then the mutual aid far left activists spotted me and pointed me out. This black bloc group may be most emboldened crew ever. Knocked my phone down but I picked up right away. Had to out run them. Iu2019m ok. #Seattleu201d

Videographer Mason Lake was reportedly assaulted by Antifa while covering the abortion protests in Portland. Before his camera was slammed out of his hands, video shows graffiti at the federal courthouse.

There was a small fire lit at the federal courthouse in Portland.

u201cPortland: #Antifa assaulted live streamer Mason Lake at the pro-abortion protest. In 2020, they assaulted him multiple times as well.u201d