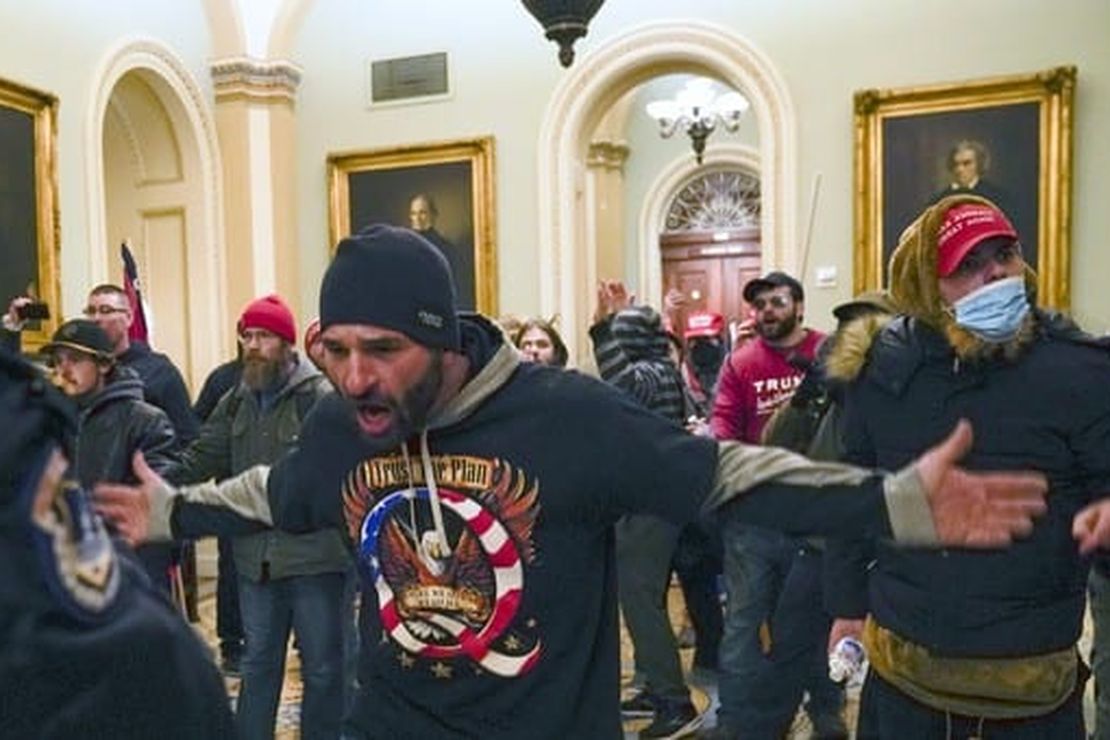 John Stoehr is a veteran columnist who has written for most of the prominent far-left websites. He describes himself as “non-partisan” after having written for the Guardian, Salon, HuffPo, and several other radical left publications.

He started The Editorial Board to write “in plain English for normal people” about “democracy and the common good.” In fact, he doesn’t try to hide his contempt for ordinary people.

He wrote after the presidential election that the culture wars were over and the left had triumphed. Oops.

This time last year, I thought we were heading in the right direction. The political energies of anti-racism and anti-Trumpism conjoined to create the biggest winning coalition in the history of presidential elections. I was so optimistic…

It was a self-delusion, of course. “Anti-racism” morphed into radical activism that brought chaos to our streets and conflict everywhere else.

Then came the victory of Glenn Youngkin in Virginia, and all of a sudden:

Who needs a coup d’état when the people can be trusted, given the patterns of history, to give power to those who, the last time the people gave them power, lent support for the overthrow of the government?

Stoehr fears the very people he purports to write for. They aren’t smart enough to see through the “Big Lie” because they chose candidates in the primaries who believe in it. What Stoehr characterizes as a bid to “overthrow” the government is not how a vast majority of Americans view it. They see it as “a protest that went too far.”

The “facts” from the hearings about Jan. 6 can be twisted to fashion a narrative completely at odds with what the American people see as the truth. But Stoehr prefers the narrative to the facts.

There was a moment in February, after Russia invaded Ukraine, when I thought perhaps a majority of Americans might connect the dots between the resurgence of white-power politics in the US and across the world.

Even an attempted coup.

People are not apt to “connect the dots” to a mirage. Just for the record, Ukrainians are white. How Russia’s illegal and barbarous invasion of Ukraine “connects” to white power is an idiotic attempt to shoehorn racial politics into a failed narrative. Unreal.

These polls are a picture of systemic displeasure with a president who isn’t doing enough to bring down the price of gas, food, housing and more. Evidently, Joe Biden should have considered inflation before going off half-cocked in allied defense of Ukraine’s national sovereignty.

Democracy is great and all, but seriously.

Is it more important than cheap gas?

Well no, but remember when we used to have both? When a president announces during his campaign that he wants gas to be expensive, he wants our electric bills to rise, he wants people to suffer — and then goes ahead and does everything in his power to make that happen — don’t ordinary people have a right to be angry?

Stoehr is a partisan blowhard. Worse, he has no faith in the people — people of all colors, all races, all religions, all sexual, gender, and non-gender identities — who make up the non-elites in America and couldn’t give a fig about the Jan. 6 Committee and their creation of a partisan narrative.

Some people committed serious crimes relating to the Jan. 6 riot. But as an organized attempt to take over the United States government or even prevent the election of Joe Biden, it was more comical than the Beer Hall Putsch with even less chance of success.

That the American people can see through it all is a tribute to their perspicacity and judgment.

Why Isn’t Joe Biden Firing Anyone?
At least 42people found dead inside a Texas lorry
‘You are disgusting’: Survivors confront R Kelly in court ahead of sentencing
Roe is Gone. What Comes Next?
The View on Prayer Ruling: Animal Sacrifices Coming to High School Football