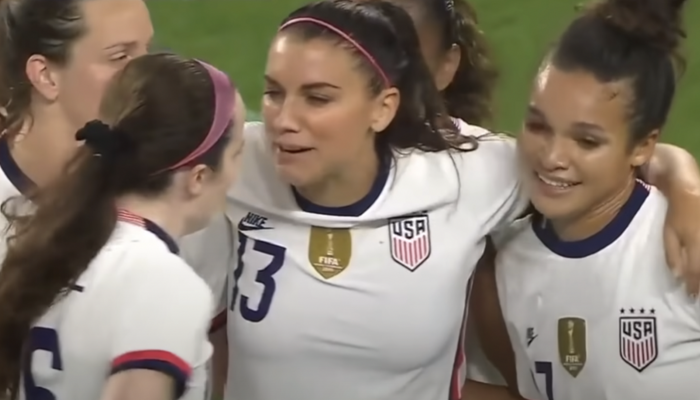 Not many people watch women’s soccer to begin with, but the few who do might end up seeing men pretending to be women in the sports soon.

The Federation Internationale de Football Association (FIFA, translated “International Federation of Association Football”) is considering removing the testosterone requirement from men who identify as women, with the current requirement being less than five nanomoles per liter for at least a 12-month stretch.

“The new regulations are still at the consultation stage and it is understood that some members of FIFA’s senior management are unconvinced that they should be published in their current form,” the Daily Mail reported on Sunday.

Soccer becomes the latest battleground for preserving the future of women’s sports after Lia Thomas has sent women’s swimming into an uproar over his selfishness in the United States, and after Emily Bridges tried to compete in women’s cycling events in England after trying to say he is a woman.

Despite being in the “consultant” stage, transgender athletes have already infiltrated women’s soccer. Quinn, a transgendered female that identifies as non-binary, won a gold medal with the Canadian women’s national team during the Tokyo Games thanks to a transgender-friendly set of rules by the International Olympic Committee.

These athletes are becoming even more dominant in women’s sports, so much so that once news of FIFA’s proposal leaked, even a women’s rights activist named Julie Scott took time to call out this nonsense for what it is.

‘FIFA have drawn up new regulations that make it easier for (trans identifying males) to compete in women’s football.’

If this goes through, it’ll kill women’s football. How can they claim this would ‘balance fairness & inclusion’? It’s the opposite of that 🤬#SaveWomensSports pic.twitter.com/7Lwwp0N6DP

It looks like a yellow card has been given.