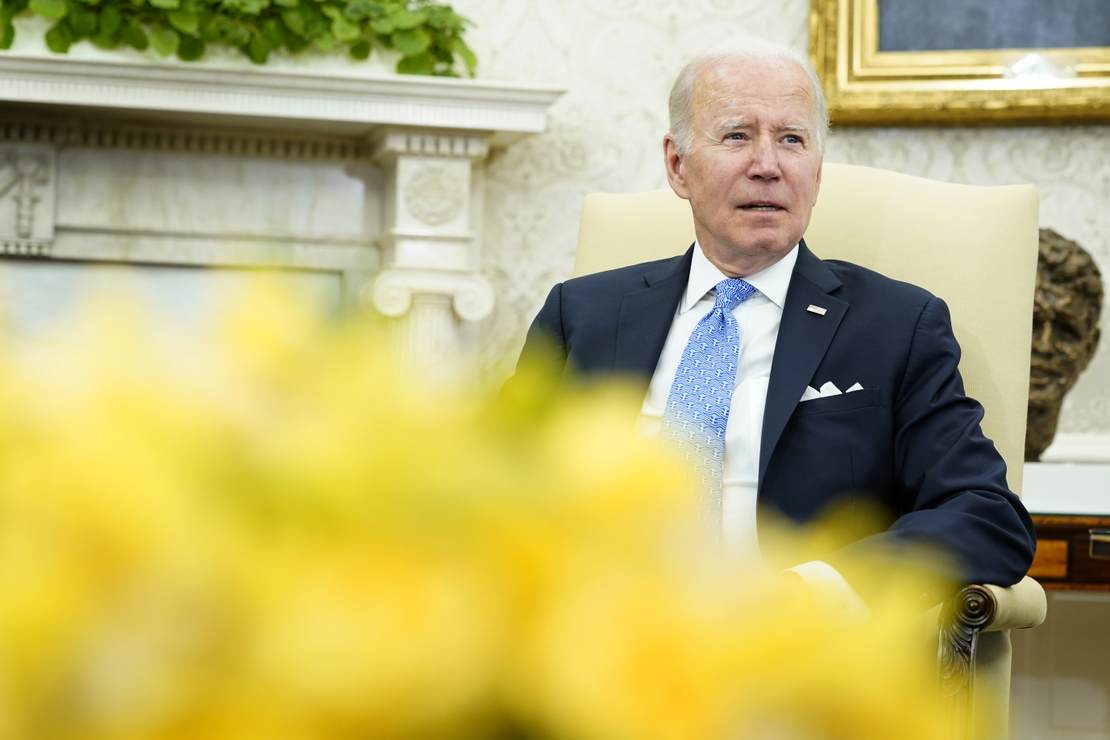 Another devastating inflation report was released on Friday, putting Joe Biden on the defensive again as he desperately tries to deflect blame for the ongoing economic crisis that is absolutely crushing Americans.

According to the report, inflation hit 8.6% in May — so it’s obvious why inflation has become the top issue for Americans, and why Biden’s approval ratings are so bad. His RealClearPolitics average approval rating spread is -15.5 points — the lowest of his presidency. Biden addressed the issue the way he always does: by blaming other people.

Related: Inflation Rate Hits 8.6 Percent, Proving That No One Knows Anything in Washington

“Today’s report underscores why I have made fighting inflation my top economic priority. While it is good to see critical ‘core’ inflation moderating, it is not coming down as sharply and as quickly as we must see. Putin’s Price Hike hit hard in May here and around the world: high gas prices at the pump, energy, and food prices accounted for around half of the monthly price increases,” Biden said.

Biden also insisted that his administration is doing “everything we can to lower prices for the American people.”

This is the same administration that went from saying that “inflation will be transitory” to “inflation is a good thing” to “inflation started under Trump” to blaming COVID-19 to “it’s Putin’s price hike.” Biden has also accused oil companies of price gouging and even blamed his own aides for the inflation problem. Somehow, I find it hard to believe that the same administration that can’t even decide who to blame for inflation is actually capable of doing anything about it.

Just last month, Biden’s Treasury Secretary Janet Yellen admitted the administration was wrong about inflation. “Well, look, I think I was wrong then about the path that inflation would take. As I mentioned, there have been unanticipated and large shocks to the economy that have boosted energy and food prices and supply bottlenecks that have affected our economy badly that I didn’t — at the time didn’t fully understand,” Yellen told CNN. “But we recognize that now.”

Probably the only thing the Biden administration recognizes is that inflation is killing them politically, which is why they constantly point fingers instead of doing anything that will actually fix the problem. The prolific blame-casting and lack of action have likely exacerbated the problems and have given the public the impression that the administration has no actual desire to do anything about it. In fact, according to a new poll from The Trafalgar Group, a majority of voters believe that the current gas crisis is by design, and Biden is “intentionally allowing gas prices to continue to rise in order to advance the political agenda of Washington, DC special interests.”

“The hard-to-fathom, surreal idea that Washington, DC is working against the American people explains why Biden’s poll numbers are in the tank,” said Mark Meckler, President of Convention of States Action, which commissioned the poll.